Dash or Dashcoin (Formerly known as Darkcoin and Xcoin) is a latest generation cryptocurrency of Cryptocurrency, developed from an open source peer to peer and based on the InstantSend platform. ) and PrivateSend (Private transactions). Dash is created based on distributed computer systems around the globe. Similar to Bitcoin, Dash supports fast transactions without any intermediaries, no one controls these transactions. 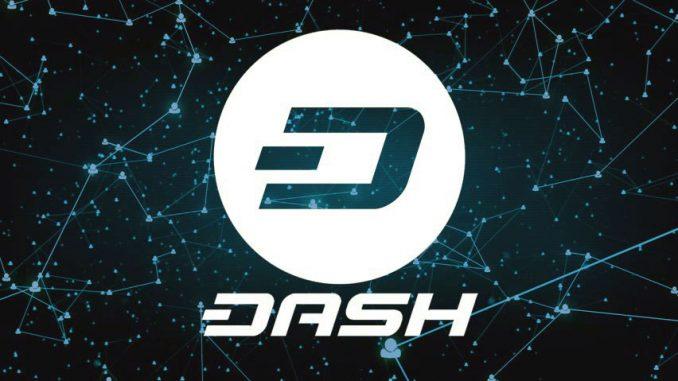 How is Dash different from other currencies and Bitcoin?

About the same point, then Dashcoin Also used for trading, buying and selling goods, Dash is not controlled and distributed by any intermediary organization. Because Dash is a cryptocurrency that operates entirely on the internet, it cannot be counterfeited, manipulated or regulated inflation like other currencies. Dash Using algorithms to operate personal computer systems around the globe, so it is decentralized exactly like Bitcoin.

Dash other Bitcoin At transaction speeds and privacy, this currency uses proprietary technology PrivateSend , and InstantSend. Dash's transaction speed is very high, allowing sending and receiving completely anonymously. Bitcoin takes up to 10 minutes to confirm the transaction of each block or even longer if the transaction fee is too low. Therefore, it is clear that Dash is more advanced than that Blockchain of Bitcoin.

Who is the history of development and the creator of the Dash?

Dash was originally developed and named Xcode (XCO) on January 18, 01. On February 2014, it was renamed Darkcoin. On March 25, 03, Darkcoin was renamed Dash. Dash is considered an extended version of Bitcoin and the founder of this coin is Evan Duffield. Accordingly, Evan said he created Dash because the BTC development team will not accept changes in the current Bitcoin protocol.

In just the first 2 days of launch, 1,9 million Dash coins were mined, accounting for about half of the total number of Dash available. Dash solved controversial issues such as confirmation time, increased block size, decentralized management, and an inherent development budget.

According to CoinMarketCap, as of March 3, Dash's market capitalization has exceeded the number 500 million USD and become the most active altcoin community in the world.

What are the values ​​and features of Dash?

1. The value of Dash

Because Dash is a form Cryptocurrency decentralization so the value of this currency is not determined by any kind of tangible goods, but is based on a mathematical calculation system. Dash owns a public and transparent algorithm for all supplies that exist on the system. It is a software developed thanks to open source, because it is open source, so anyone can edit it.

Dash was born based on the ideas of Bitcoin so it is inevitable to have similar features to Bitcoin. System Masternode is the most important difference compared to Bitcoin. A specific example of this technology, if the developers of Bitcoin It took 2 years to fix the block size issue, Dash only takes only 24 hours. This feature allows Dash to distribute computing power evenly across the system.

What is the exchange rate for Dash coin?

Current price 1 DASH = $ 185.09 and have a total market capitalization of $ 1,365,225,170 equivalent to 546,527 BTC. Dash is also one of the top 10 most valuable coins in the world according to Coinmarketcap rankings. You can also watch Dash rate We are updated daily in real time to the most accurate to be able to track the price fluctuations of virtual currencies offline.

Maybe for those who are new to cryptocurrency or Dash, it will be a little difficult to "Understand" about it. You simply need to understand Dash is a currency of the internet like Bitcoin, Ethereum, Litecoin, Zcash, .. Used to transact, buy, sell and pay online quickly without depending on any intermediaries (Like banks). Hope the article “What is dash? Learn about Dash cryptocurrency" of the Virtual money blog will bring you useful information.