Tezos can be considered as one of the most successful projects in the period ICO in 2017 when it raised nearly 232 million dollars, but what about now? What is tezos? What is special about it? Buy and sell, store it where. All will be in today's article Virtual money blog Tezos coin, stay tuned!

Tezos is a platform Blockchain like Ethereum, created with the main purpose of extending the functionality of the blockchain Bitcoin by smart contrat (smart contract). The difference between Tezos and Ethereum is that Tezos focuses on building a blockchain platform capable of self-adjusting, updating or improving the system, even at the protocol level quickly through consensus. of the community with as little disruption as possible, and there is no need to perform hard forks like other blockchain platforms. 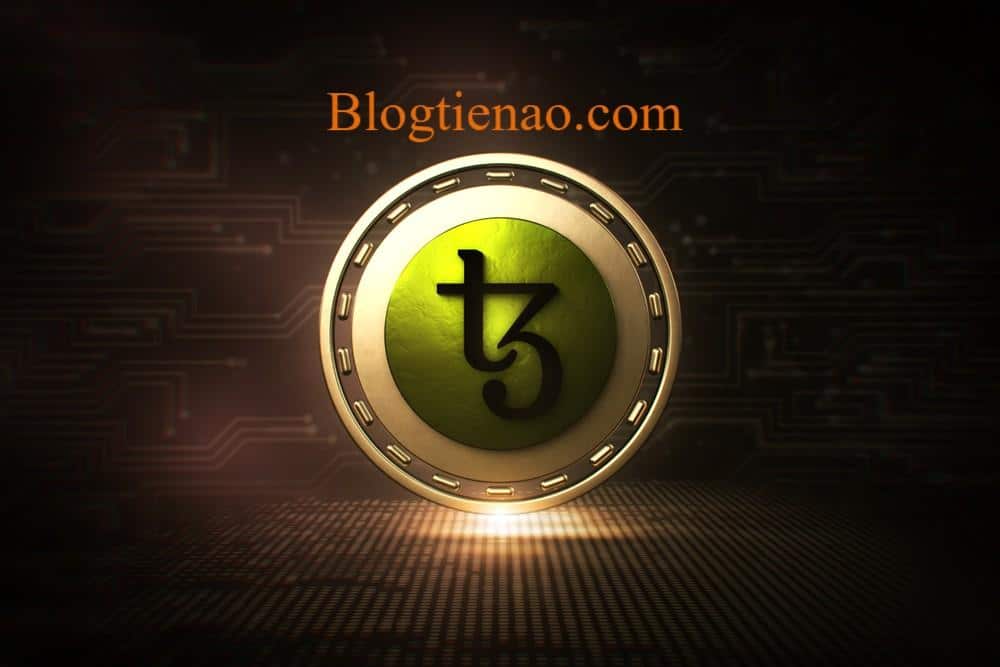 One of the advantages of Tezos blockchain is it based on a low power algorithm. This algorithm does not require much in-depth computation and consumes less energy while still using the consensus algorithm to prove reliable proof-of-state. Tezos' blockchain supports smart contracts and provides a platform that allows others to build distributed applications (Dapps) on its Blockchain.

How does Tezos work?

The Tezos blockhchain platform uses the named protocol Seed Protocol To work, a Proof-of-Stake algorithm, therefore, participating in the Tezos network will require a Coin to validate the blocks. The way Tezos works is no different from other Blockchain platforms. Here's how Tezos works:

Scalability is one of the biggest problems in the Blockchain field. Understanding that, Tezos has taken an approach to ensure the long-term scalability of the platform, that is to use the concept of evidence without knowledge, a mechanism that is popularized. by the Zcash project.

Project Tezos was founded by couple Kathleen and Arthur Breitman, overseen by the Tezos Foundation - an investment fund established after the ICO, based in Switzerland. The Tezos Foundation is responsible for the management of ICOs and the implementation of these funds for project development. The Tezos project development team brings together experts with extensive experience in the technology sector. A brief overview of the two founders of Tezos: At the time we updated this article (February 11, 2), the price of 2019 XTZ = 1 USD with a total market capitalization of more than 0,37 million USD and ranked 230 out of CoinMarketCap.

Digital currency Tezos Currently, the trading volume in 24h is USD 2 million, total supply is 763.306.930 XTZ and there are currently 607.489.041 XTZ being circulated in the market. You can see XTZ rate We are updated in real time 24/7 here to understand the price fluctuations of this virtual currency.

Where to buy and sell Tezos (XTZ)?

You can buy, sell and trade Tezos coin (XTZ) at exchanges such as: UEX, BitMax HitBTC, Creak, Gate.io, Bitfinex, Gatecoin and RightBTC. 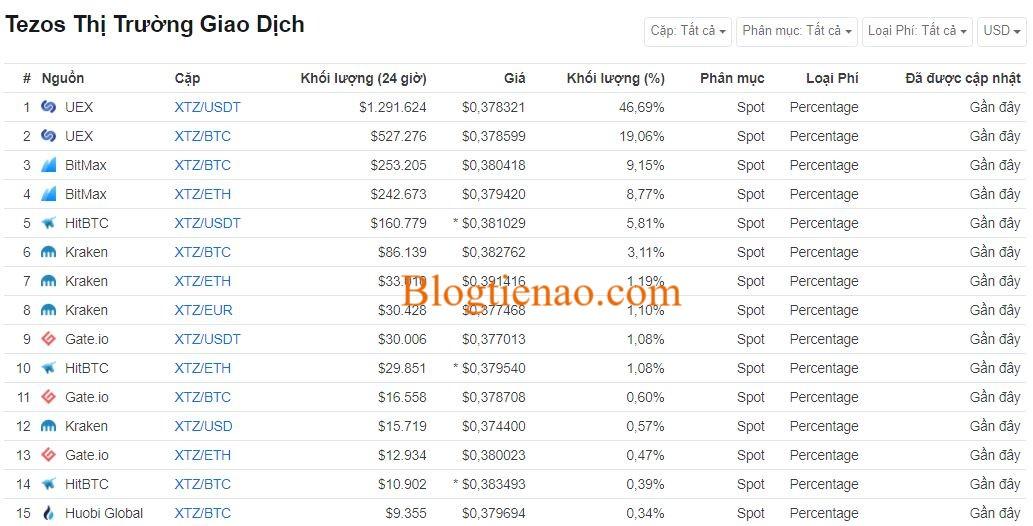 In Vietnam there are also a few coin trading markets that support buying XTZ coins in VND, but I think you should consider carefully, because of the prestige and price. I usually trade coins like this on international exchanges.

Which wallet to store Tezos in?

Currently, the Tezos project development team has not released an official wallet for Tezos coin. However, you can create a Tezos coin wallet on a number of third-party wallet platforms. You can store Tezos at cold wallets such as Ledger Nano S, Trezor, etc ... These are popular wallets to store coins, ensuring your assets are not compromised or stolen.

Also you can store it on your wallet at the exchange if you regularly trade or trade. However, if long-term investment, please choose the above cold wallet offline.

The above is the most detailed information about cryptocurrency Tezos, hopefully through the article will help you gain more knowledge about Tezos. If you have any questions or would like to share your knowledge about cryptocurrencies Tezos With us, please contact us in the comment section below, we will respond to you as soon as possible. Lastly, don't forget to Like, Share and give us a 5-star review below to support Virtual money blog ok