Stable Coin has been around for a long time since the launch of BitShares in 2014. They became more popular when the Tether stablecoin was used on the Omni network and supported by exchanges like Bitfinex. Let's dive in and discuss what they're doing. 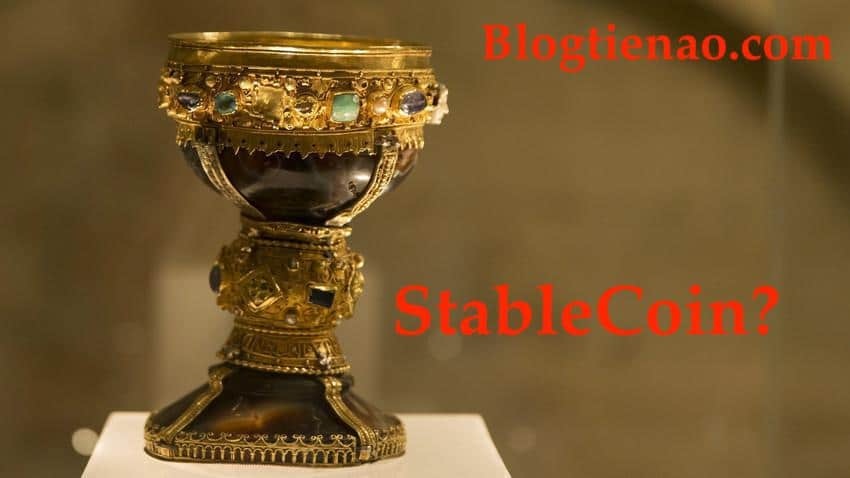 Stablecoins are a fixed price Cryptocurrencies, the market value of Stablecoins is often tied to the price of a fixed asset, such as USD. The currency must be global, volatile and independent of any central bank.

But the properties of stablecoins are:

There are also a number of other benefits that bring the convenience of cryptocurrencies (quick resolution, less regulatory barriers, ...) with the stability of the dollar (or another fiat currency). This reduces the price discrepancies between exchanges; for example, allowing the price of BTC to be more stable between exchanges.

In general, 1 stablecoin (SteemIt Dollars, Base, Tether, ...) will be worth $ 1. In fact, the rate has fluctuated as Tether traded as low as $ 0.85, but that was arguably the exception, not of the standard.

How do they work?

There are two types of stablecoins: fully supported and algorithmic. Fully backed stablecoins means that they are completely backed by the amount of reserves in the bank. That is, for every 1 stablecoin that exists, there is 1 dollar in the bank. This is what Tether intends to do. Algorithmic stablecoins are coins that have a market mechanism to change the price of a currency to help it always follow the dollar.

Are they really stable?

Tether has been stable for a long time. Obviously, the possibility of Tether backed by USD in some banks is enough for it to be on par with most of the time. But with anything focused, there are some potential risks that can have implications for the stability of a fully supported stablecoin.

For example, when the bank is holding Tether reserves in trouble, it almost immediately makes Tether significantly drop in value because they are no longer supported.

Secondly, algorithmic stablecoins try to hold value through promoting supply-demand fluctuations more often, and require a buy / sell latch to adjust the latch value. The establishment does this through bond sales and subsequent acquisitions. SteemIt Dollars does this through automatic purchase / sale using a number of reserved SteemIt tokens.

What is the risk?

First, the stablecoin that is fully or partially supported by the dollar may be in a bank, the bank account is in danger of being confiscated. This can be due to many things, like AML / KYC laws, socializing accounts or any government action.

Second, there are many other concentration risks. Those who look after Tether may be embezzled in some way. The bank may close the account and lead to a legal battle if the development team wants to withdraw its reserves. The dollar may support a fraction rather than a full support, in which case the bank can cause a significant drop in the price of the coin.

Third, there are risks associated with algorithm manipulation. There are software updates to review, and the central development team can 'miss' creating a loophole that risks ruining monetary policy.

Why can't we have a stablecoin without risk?

This is known as the 'impossible trilogy'. There are three things central banks want:

Obviously, a stable stablecoin should have # 3. # 2 is what makes a crypto useful. # 1 is the only way any stablecoin can make money.

You can only have 2 of the three and for Bitcoin, if it has the 3rd then it is forced to sacrifice price fluctuations.

Stablecoins are trying to get all three but this is not easy.

Should I invest in stablecoins?

If you have the ability to buy stablecoins quickly and easily and you also trust issuers, investing in stablecoins can be helpful. In other words, if you are unaware of the risks we listed above, then you can use stablecoins instead of dollars in your bank account.

Crypto currencies are more risky because they are not fully supported and that means it can easily depreciate in front of the dollar.

Stablecoins are a centralized cryptocurrency and are pegged to the dollar. In that sense, it is a lot more practical than most altcoins because at least one has a safety pin. The fully supported coins are centralized, and from the outset it did not pretend to be decentralized like many other altcoins.

See also: What are Stable Coin? Why call StableCoin the holy grail of cryptocurrency?

According to Medium
Translated by Blogtienao.com