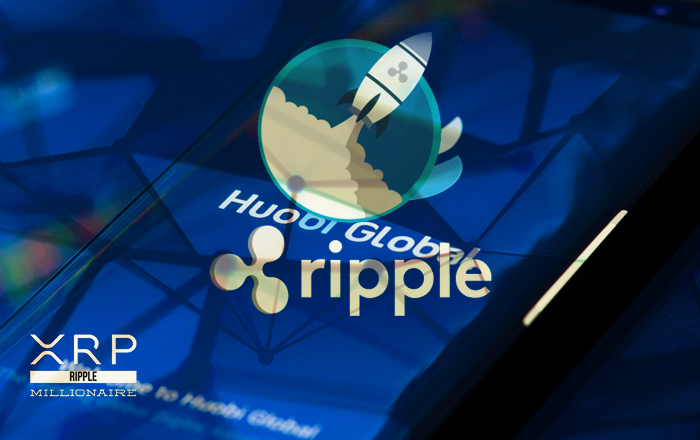 According to Whale Alert, over the past 10 hours, popular crypto exchanges have moved around 150 million XRP. Meanwhile, Chinese exchange Huobi regularly receives XRP from Ripple.

Ripple start transferring XRP to Huobi last year and it has continued to happen steadily to this day.

However, a few hours later, Bitthump XRP analysis data showed that the unknown addresses were in fact owned by the exchange. bybit , and Binance. 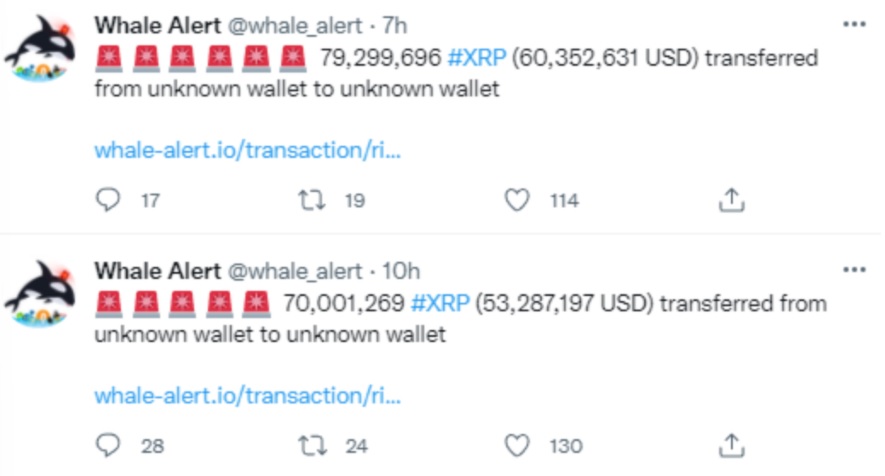 According to a report from Bithomp, Ripple continues to send XRP on a weekly and daily basis to China's largest exchange, Huobi Global. So far, in December of last year and January of this year, blockchain giant Ripple has transferred a total of 12 million XRP via Huobi.

Every week, a different amount of XRP is transferred to Huobi.

For example, last December, weekly XRP transfers through Huobi ranged from 12 million XRP to 2.2 million XRP. While in January, the weekly amount of XRP sent to Huobi varied from 1.6 XRP to 1 million XRP. 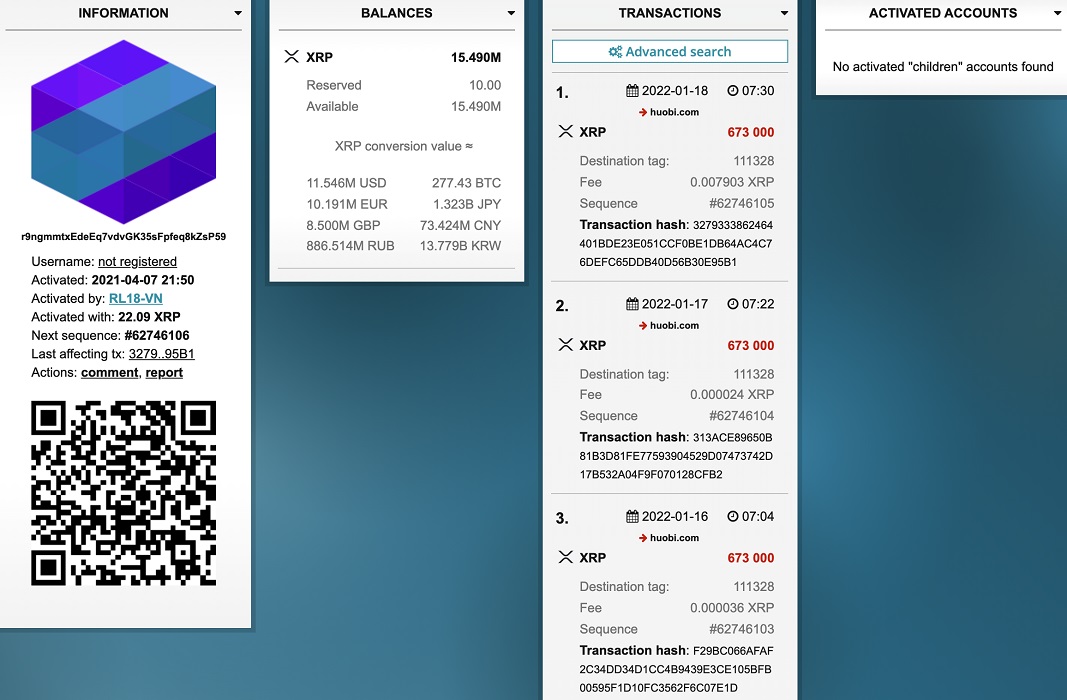 In September 9, the top management of Huobi decided to stop operating in the Chinese market. As of December 2021, Huobi closed all trading activities with the Chinese yuan.

Since Huobi announced its exit from the Chinese market, several other smaller exchanges have followed Huobi's footsteps in migrating to countries with a more crypto-friendly regulatory environment.

Not only Huobi, in September 9, Binance announced that it would close the new registration portal for Chinese users, CoinEx and Renrenbit also issued a similar statement.

CoinEx and the campaign to donate more than 10.000 books, nurture the dreams of poor children

Currently, many schools around the world and many parents cannot provide enough books for children due to...

Binance CEO, Changpeng Zhao, went on to share his views on the recent crash of the Terra ecosystem. In...
See More

3 Reasons Why XRP Leads the Market With a 7,6% Gain

Huobi plans to re-enter the US market

Huobi: Crypto Winter has arrived and the next bull market is likely to be in late 2024