What is the CCI indicator? Guide people to use detailed commodity channel indicator 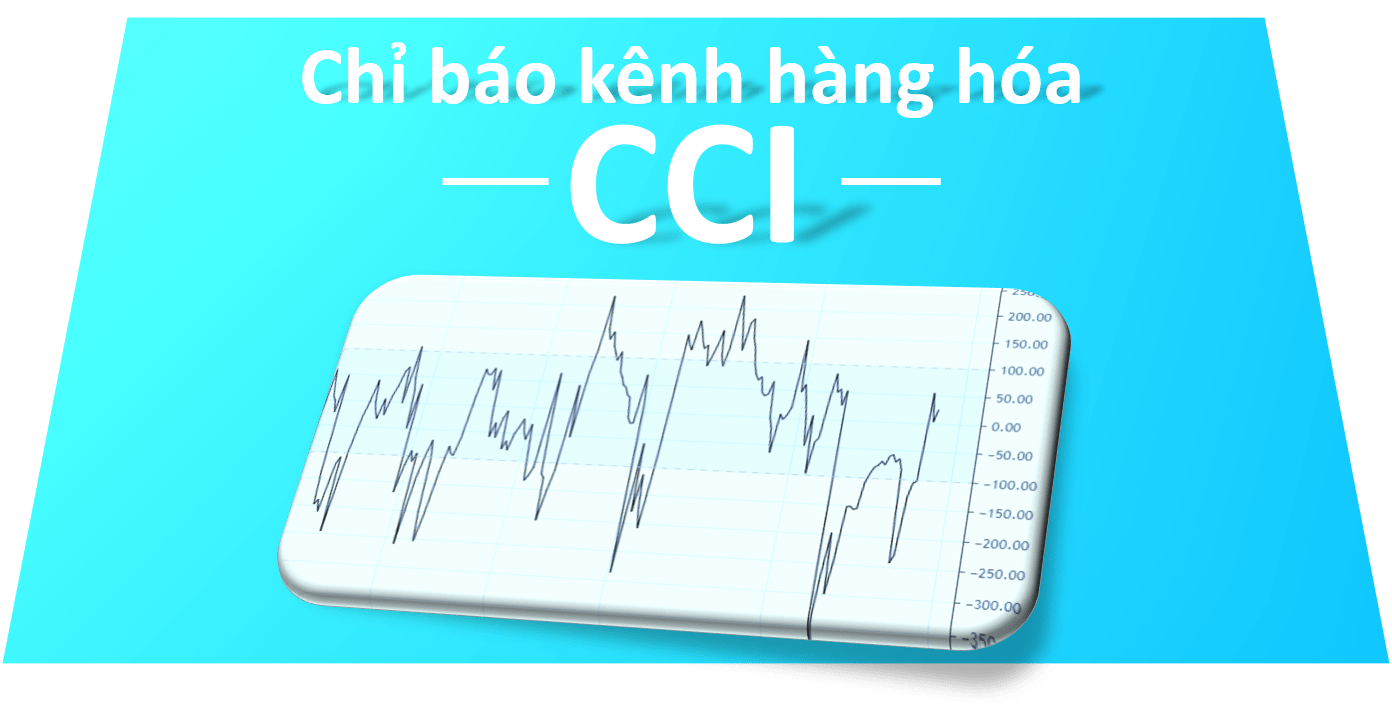 What is the Indicator (CCI)?

CCI . indicator The commodity channel indicator is a versatile indicator used to identify price trends or warn of overbought and oversold levels.

The indicator was introduced in “Commodities” magazine in 1980 and it was developed by Donald Lambert.

Initially, the author used CCI to determine the cyclical rotations in commodities. But this index can be successfully applied to asset classes such as stocks, electronic money, forex pairs,..

Watch now: What is the foreign exchange market?

In this way, the CCI can be used to identify oversold or overbought levels. 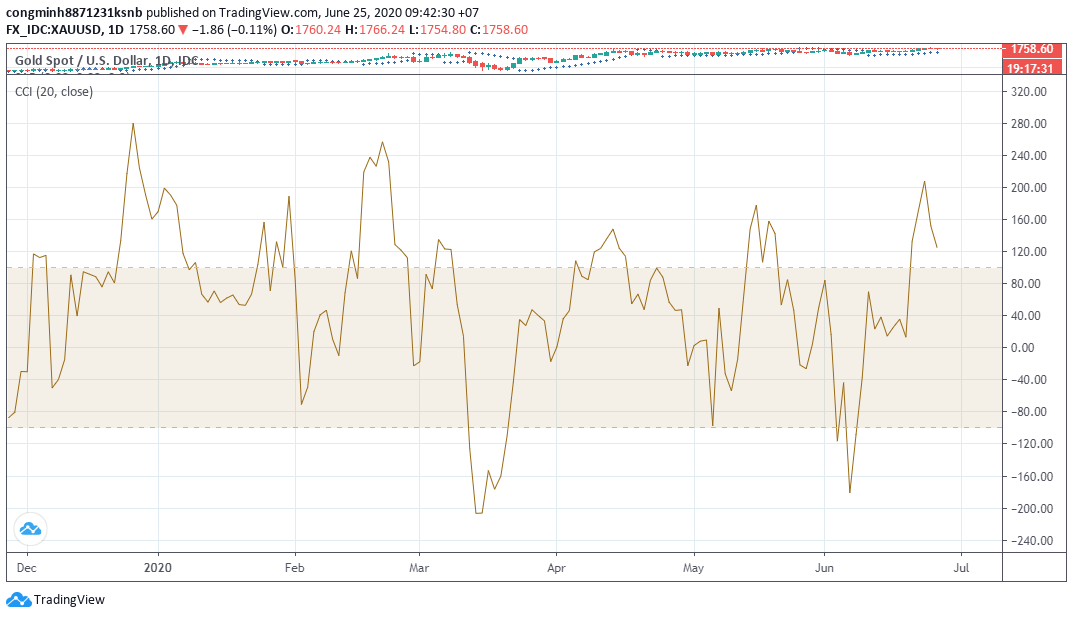 The formula for calculating the CCI . indicator

The formula for calculating the following CCI index is specified by the author of this indicator himself:

Explaining the steps to calculate the CCI indicator:

Today, at a time when analytical tools and software have developed greatly, you do not have to pay much attention to performing this calculation. By apps like MT4 or MT5 will help you to solve this problem. I give the formula just to help you visualize how it calculates.

How the CCI . indicator works

The CCI indicator measures the difference between the current price and the average price over a period of time. The indicator fluctuates above or below zero. It moves into either positive or negative zones.

About two-thirds of the CCI's value is between -2 and 3. The remaining one-third is outside of that range. This shows the weakness or strength of the price movement.

This is a leading indicator, chart analysis can look for overbought, oversold conditions and herald an average price reversal.

Similarly, bullish and bearish divergences can be used to spot early moves and predict trend reversals.

Now, will guide you to trade in each case.

Let's analyze an example of using the trend-defining CCI indicator:

The chart below uses the 20-day CCI. There are 4 trend signals within seven months (marked with red and green arrows). Compared to the chart, the 20-day CCI is not suitable for long-term signals.

It is recommended to analyze the chart on a weekly or monthly timeframe. As the asset in the illustration peaked on January 11th then collapsed. CCI moves below -01 level after next 100 days to signal the start of a prolonged move.

After that, the price bottomed on February 08th. The CCI indicator moved above 02 100 days later to signal the start of an extended correction. CCI does not capture the exact top or bottom price. But it can help filter out insignificant moves and focus on the larger trend.

CCI triggered a bullish signal when the price rallied above 60 in June. Some traders may have considered overbought.

With bullish signals, the focus is on bullish setups with low risk-reward. Note that the asset has regained about 60% of its previous fall and formed a bearish flag pattern at the end of June. The subsequent spike above the trendline provided another bullish signal and only CCI indicator is still in boost mode. 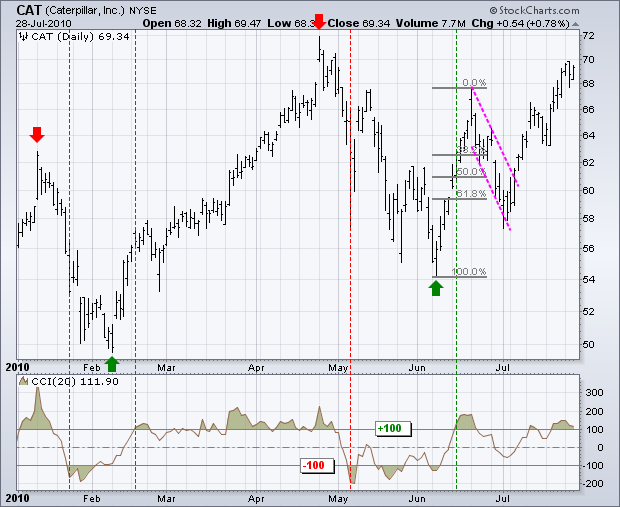 Identify overbought and oversold levels with the CCI . indicator

Determining the overbought and oversold levels is quite difficult with the CCI indicator because:

The chart below is the GOOG asset and the usage of the 20-day CCI indicator. Horizontal lines at -200 and 200 have been added to the chart.

As can be seen, this is an unclear pattern and signal. Of note, GOOG continued to move higher even after the CCI was overbought in mid-September and moved below -9. 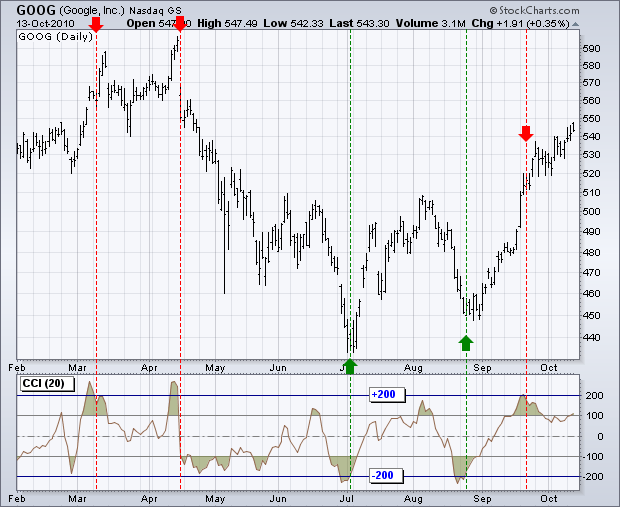 Before relying too heavily on divergences as reversal indicators, be aware that divergences can be misleading in a strong trend.

While divergence can herald a trend reversal. Chart analysts should set confirmation points for CCI or price charts.

The chart below uses the 40-day CCI. Longer time frame to reduce price volatility. There are three sizable divergences over a 7-month period.

First, the price pushed to a new high in early May. But the CCI did not break above the March high and formed a bearish divergence. A price chart support break and CCI move into the -5 zone confirmed the divergence a few days later.

Next, a bullish divergence formed in early July as the price moved to a lower low. But CCI formed a higher low. This divergence was confirmed when the CCI moved up to the 7 zone.

Also note that asset prices filled the gap (Filled GAP) in late June with a spike in early July.

Finally, a bearish divergence formed in early September and was confirmed when the CCI entered the -9 zone. Despite the CCI confirmation, the price never broke the support area and the divergence did not lead to a trend reversal.

So it can be stated that: Not all divergences produce good signals. Depending on the case as analyzed. 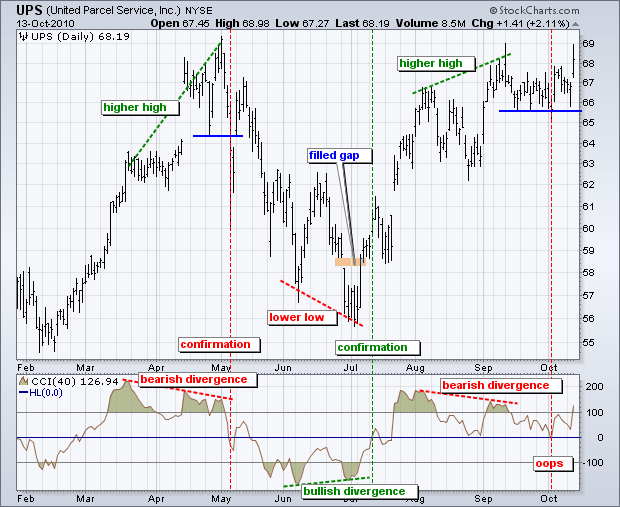 Interpretation of symbols on the chart:

So to summarize a few points you have learned through the analysis using the CCI indicator:

The CCI (Commodity Channel Indicator) is an oscillator that helps you determine the top or bottom price of an asset class. May indicate a weakening or ending of a trend. Thereby helping you enter a trade as soon as the trend is starting or exit a trade before it goes against you…

Finally, combine the CCI with the indicators that Blogtienao mentioned. All indicators are provided in full on the website. This article is not investment advice, please do your own research and evaluation. Thanks!