Based on the analysis, On-chain data collection for week 38 (September 19 - September 09). BTA Hub sends everyone some interesting data in the On-chain Week 25 newsletter.

Accordingly, Microstrategy purchased another 301 Bitcoin for $6 million at a price of $19.851.

The company currently holds 130k BTC purchased at an average price of $30.639.

These are Microstrategy's BTC purchases and actual prices over time.

Over the past 7 months, the supply of stablecoins in the market has been steadily decreasing amid continued money outflows from the crypto market.

The negative effects of the cost of living crisis due to rising global inflation over the past few months are considered to be the main reason for restraining the cash flow into the market and causing the circulating supply of stablecoins in the inter-market. continue to decrease.

Fed members forecasted interest rates at the end of 2023 to average 3,6% in March, but dawn on September 3, with a 22% rate hike, lifted the average rate to 09%-0.75 %. The existence of QT (the Fed's quantitative tightening policy) will probably be the most significant barrier to emerging trends in risk assets.

Two data sets have highlighted selling pressure on both Bitcoin and Ethereum this week: Spot Inflows and Funding Rates.

Spot inflows of BTC and ETH have been increasing recently, especially ETH, right before The Merge (September 15). Unusual money flows into exchanges have put selling pressure on.

The hourly Funding Rates of both BTC and ETH are significantly negative, which indicates that traders in the derivatives market are ready to go short. Also, as The Mêge approaches, ETH's Funding Rates are the lowest ever recorded.

In addition to the above data, we continue to see increased activity from whales sending funds to exchanges, demonstrating selling pressure. 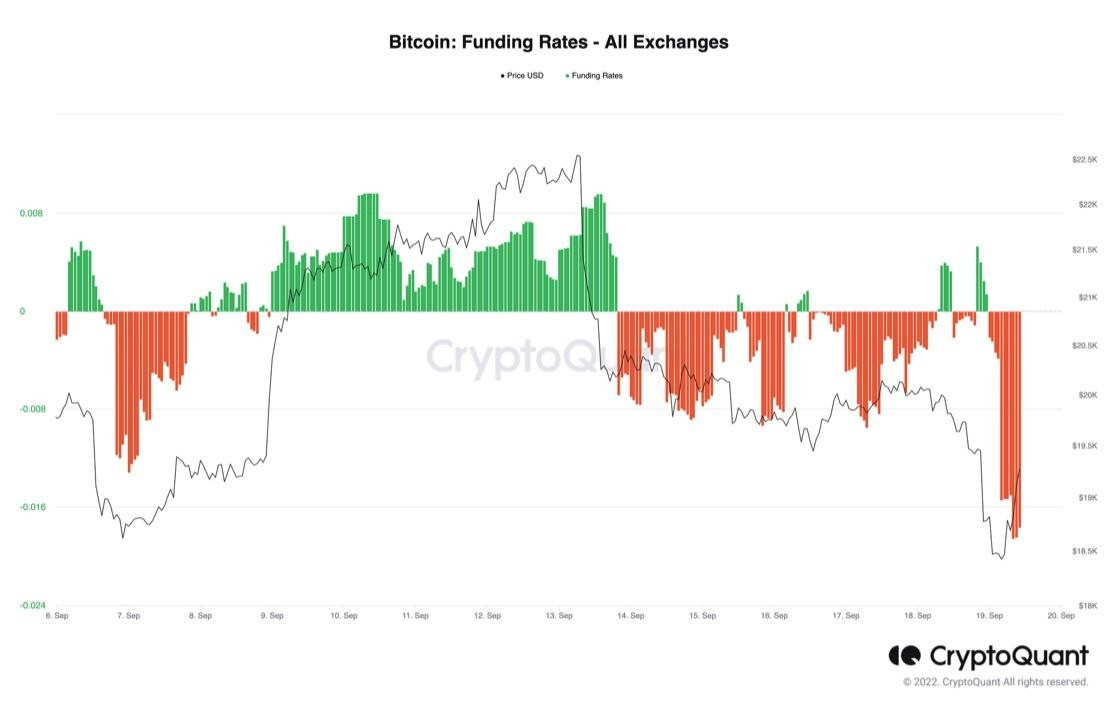 Long-term holders are an important cohort among market players, and monitoring their behavior can help determine the direction of the market.

Historically, whenever long-term holders send significant amounts of Bitcoin to exchanges, the market has experienced a crash.

Exchange Inflow CDD is a valuable metric to track their behavior. The high value indicates that many long-term holders have moved their funds for a potential sale.

The index (14-day moving average) has recently spiked, suggesting that selling pressure may be coming from long-term holders. Therefore, another drop could be the closest scenario for Bitcoin in the short term.

Bitcoin price has held relatively well since the start of the current correction after August 13: Bitcoin: -8% / Nasdaq-22: -100%

At times this year the situation has been worse than it is now, with the price of bitcoin falling much faster than the Nasdaq-100.

Of course, this doesn't mean that all is well… this is just a short stretch in a long time frame and as we know things can change quickly. Currently, the market is not in a positive state, it is more likely that the bottom of bitcoin is yet to come… 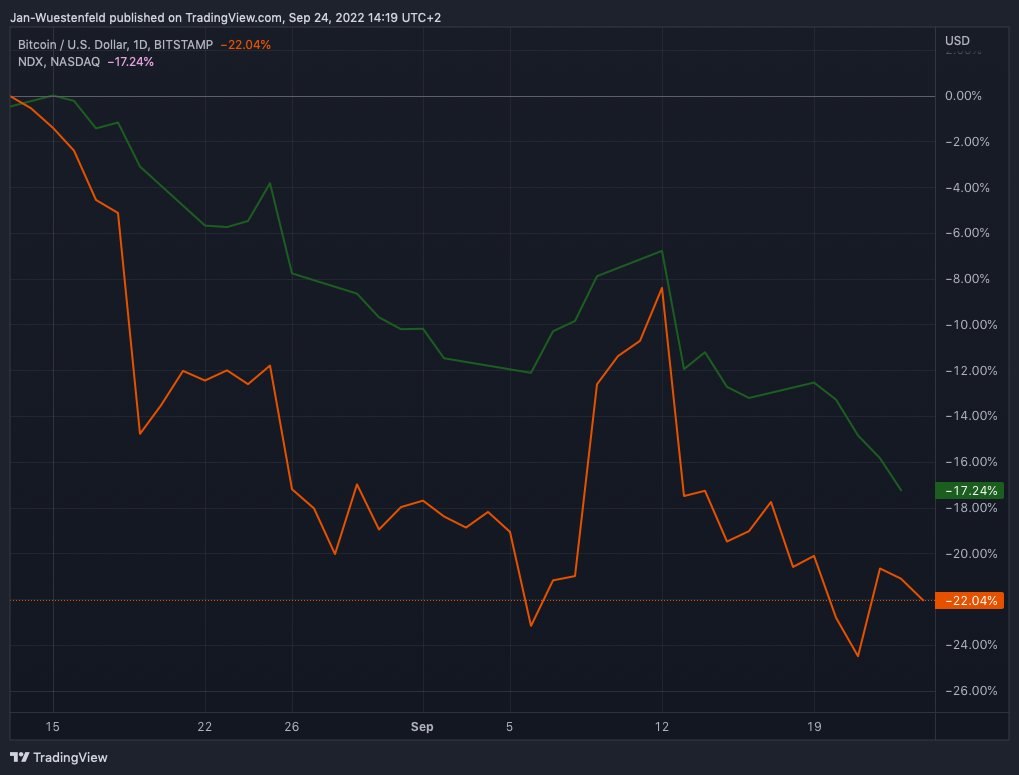 In the past week, with the Fed continuing to raise interest rates by 0.75%, the average interest rate will increase to 3% - 3,25%. With the Fed's move, it proves that the inflation rate is still at a high level, with no signs of decline and along with that in the context of the current difficult global financial market, it is difficult for BTC price to have a strong growth momentum. in short term.

Hopefully, BTA's article will help everyone get more useful information and don't forget to continue to follow BTA's next articles!