NEAR is one of the most anticipated technologies in 2020 as it solves both the size and usability problems that have prevented existing chains from exploding and causing fees to explode.

There are many solutions to make blockchain highly scalable. One of them is called sharding which the NEAR protocols have deployed quite successfully to handle large transaction throughput. 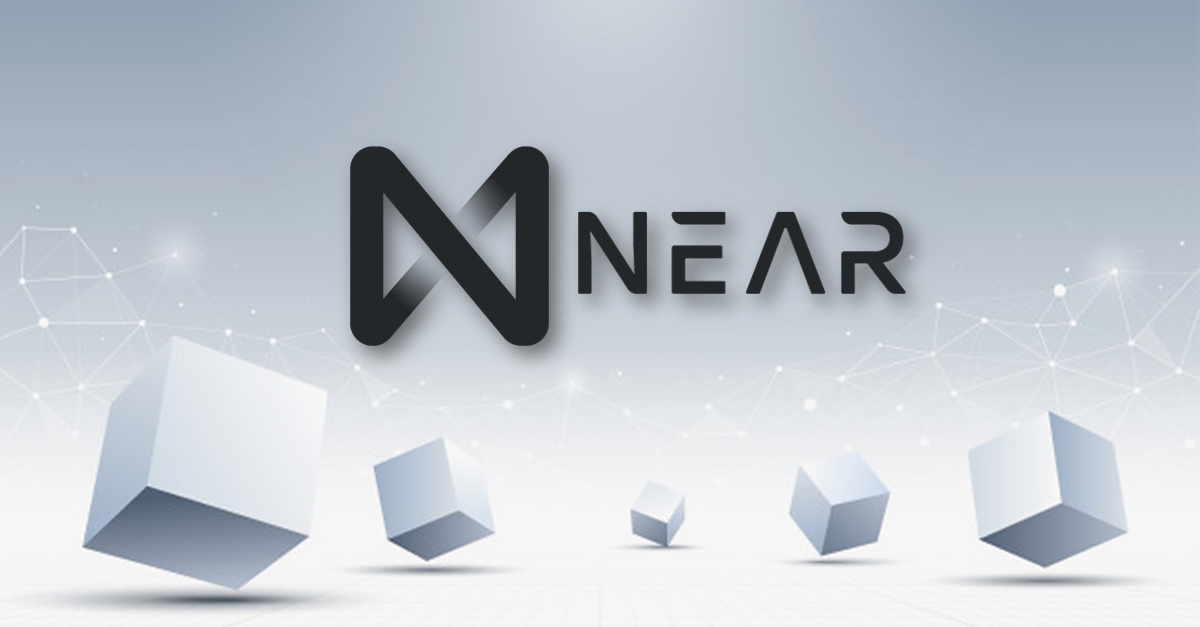 NEAR Protocol (NEAR) price, marketcap, chart, and fundamentals info

NEAR Protocol is a scalable blockchain designed to provide the performance and user experience needed to bridge the gap for the mainstream adoption of decentralized applications.

NEAR is primarily focused on making it easy for developers to develop DApps and maintain them even as they scale to millions of users. Run on Proof-of-Stake (PoS) called Nightshade.

Unlike other blockchain-based platforms, the NEAR protocol is built from scratch to be the easiest in the world for both developers and their end users while providing scalability and security. necessary to service those users.

NEAR Protocol launched its mainet on April 22, 4.

Main features of NEAR Protocol

What is NEAR Token?

NEAR is the unility token of the NEAR protocol. The protocol's surrounding foundation and ecosystem is based on the efforts of a large community of participants. NEAR token, distributed to support the launch of this ecosystem.

Basic information about NEAR

Distribution of NEAR tokens 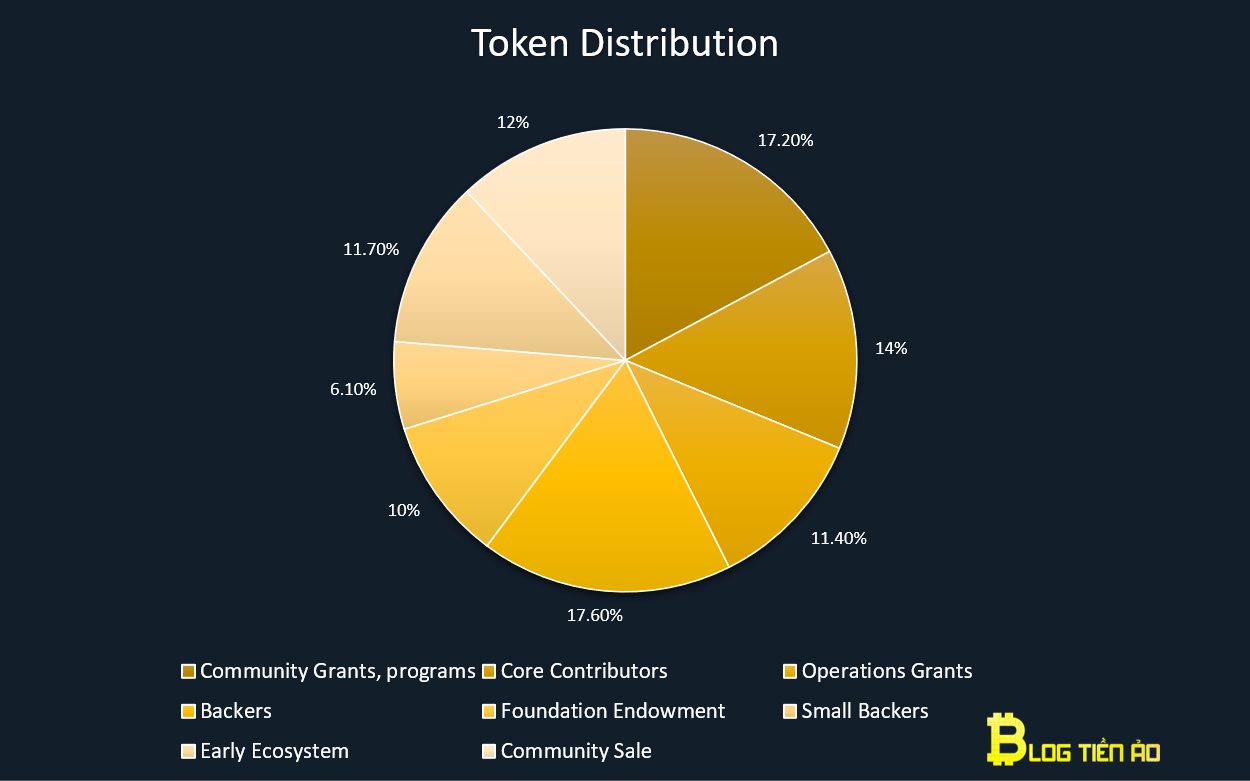 Token issuance schedule of NEAR

Circulating supply of each component details: 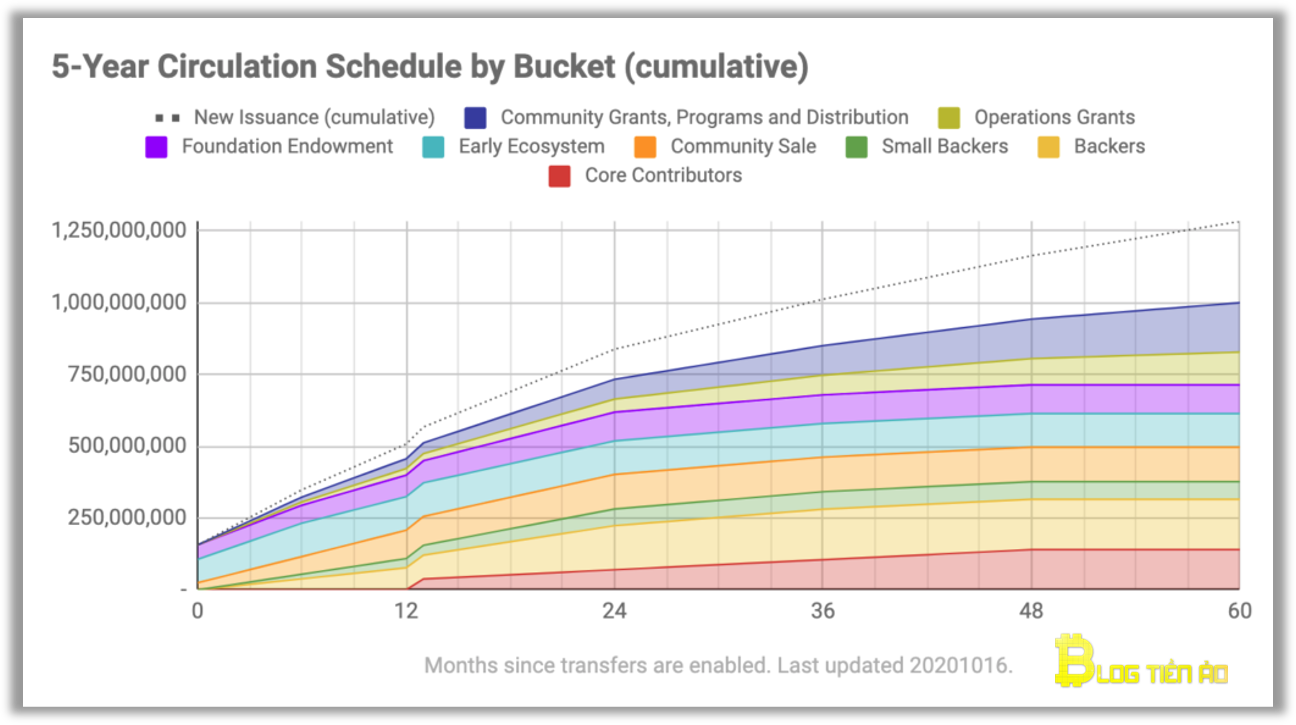 Community Grants and Programs: The tokens have been released for over 60 months.

Core team: All 4 year lockup are identical among core team members with 12 months after debut.

Prior Backers: Every pre-purchase has a lock time of 12 to 36 months from unlocking to tranfer, with the majority being 24 months.

Prior Fundraising: Fundraising was initially done through convertibility, almost all of which was converted into tokens. 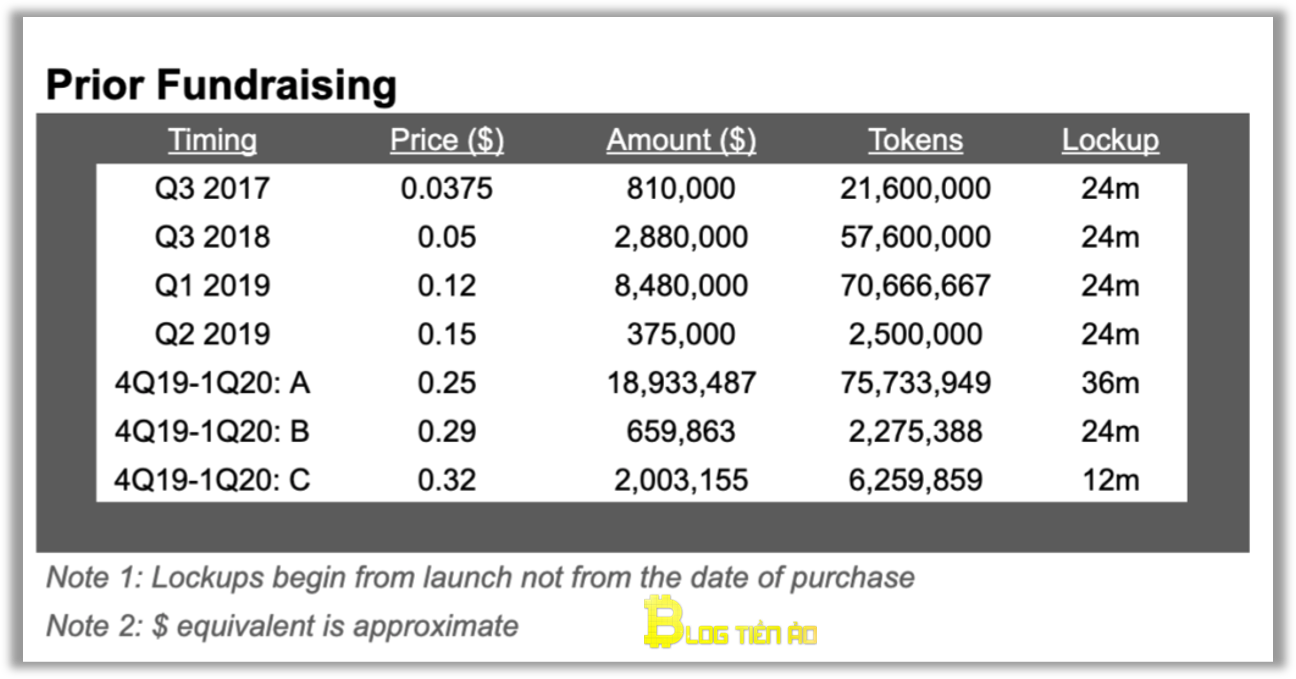 Community Sale: Took place in August 08 due to some difficulties. The distributed amount is over 2020 million tokens. Up to 120 million tokens will be unlocked and the remaining 25 or 12 months linear lock.

Early Ecosystem: Beta program for building initial applications, etc. The deadline is usually 6 or 12 months. One of the unannounced programs contained 30 million 6-month linear lock tokens. Maybe up to 80 million tokens have been unlocked.

Foundation Endowment: This funding section is divided into 2 parts. Part 1, without lock, will probably be deployed with many strategies. Part 2, 24-month linear lock because it is not expected to be accessible in the early days after authorization.

Operations Grants: Expected to be started in the second half of 2020 and early 2021. These tokens lock 60 months linearly.

What is NEAR used for?

How does Staking on NEAR work?

All NEAR token holders have the opportunity to earn Staking rewards.

What are the requirements for staking NEAR?

You will need NEAR tokens to stake. If you are not an early contributor or investor who has earned a token through a donation, you can also find available NEAR tokens on exchanges. The locked tokens received from community donations are also eligible for staking.

How does the Staking reward work on NEAR?

NEAR Protocol inflation generates almost 5% of new tokens every year. Of which 90% (or 4,5% of the new supply) returned to staking.

There is 1 billion NEAR in the original total supply. It is possible to expect approximately 45 million tokens to be distributed as reward tokens in the first 12 months.

The reward is distributed according to your percentage of the total stake:

There are additional factors that affect the exact amount of NEAR rewards you will receive.

Example: NEAR reward is automatically restake, adding up your total stake. Also, if the total stake increased to 700 million, the same 5000 NEAR would now receive 0,0000071% of the reward, or close to 321 tokens.

In addition, NEAR burns the amount of gas spent on transaction fee. So stakr does not get any rewards from the high network usage.

Which wallet to use for staking NEAR?

NEAR wallet is the only wallet supported by the NEAR Core team and the NEAR platform. But there are a number of other community wallets and custody solutions that work on NEAR like Dokia Capital staking application and Moonlet wallet.

To choose a wallet, you will determine how to receive your NEAR:

Some community contributor NEAR early received tokens in the Lockup contract. This means their token balance will be unlocked over time. Only certain wallets like NEAR wallet will support a locked token at this time.

If you have unlocked your token, most wallet providers and custody options should be compatible for you to stake.

Finally, considerations when choosing a wallet provider for staking are:

Are tokens locked during Staking?

Yes, once you stake your tokens in the staking pool:

How to choose a good Validator in NEAR?

NEAR is running on the BFT protocol. So having 33% of offline stakes could stop producing new blocks. The best thing to do when considering which Validator is to divide your stake among different Validators, prioritize the remaining 67%.

Another factor to consider is pool fees. You will also notice that each Validator has a set of pool fees listed. This is the amount of fees that Validators hold to manage their activity. Example: If a 100 token reward is generated, 10% of it will be held by the Validator and 90% will go to the holder of the token that staked that Validator.

So, Fee = 0 is not always good. Becoming a Validator takes time from qualified professionals operating a high-quality infrastructure: It is inherently expensive to maintain. Additionally, Validator may change their fee at any time. So follow the fees in your pools and join the community chat or Validator's mailing list to update.

Staking is not just about the reward, it is also the basis of the security and stability of the NEAR protocol. To avoid concentration, divide your stake between smaller staking pools instead of staking everything to the largest pool. Check the list of all NEAR Validators.

On which exchange are NEAR tokens traded?

Currently you can register for an account at two major exchanges Binance Exchange , and Huobi Global to be able to buy NEAR tokens.

What is a NEAR token storage wallet?

Currently only NEAR tokens can be stored using Near wallet. Or store the exchange account where you bought NEAR (remember full security)

Evaluate the potential of NEAR coin

NEAR uses new sharding technology that allows applications to scale while enhancing interoperability. It's important to build complex ecosystems like decentralized finance and the open web. The core account model also allows developers to build applications with unprecedented usefulness.

More than 100 collaborators from around the world have been silently building the technology that is currently underway. NEAR has independent guilds that support distributed communities, partnerships with famous companies, and more than a dozen projects are expected to launch soon after MainNet officially comes into operation.

NEAR is being built by engineers who have in-depth experience in NEAR's complex and scaled transport systems, including two double ICPC world champions, 2 gold medals, one champion Latin American enemies and many other competitive programming finalists.

Co-founder Alex Skidanov gave technical direction to fragmented database company MemSQL, and Co-founder Illia Polosukhin developed the TensorFlow machine learning library as part of Google before they teamed up to build NEAR. .

NEAR partnerships with leading custody providers, wallets and apps that will integrate with the network and make it accessible to people around the world. 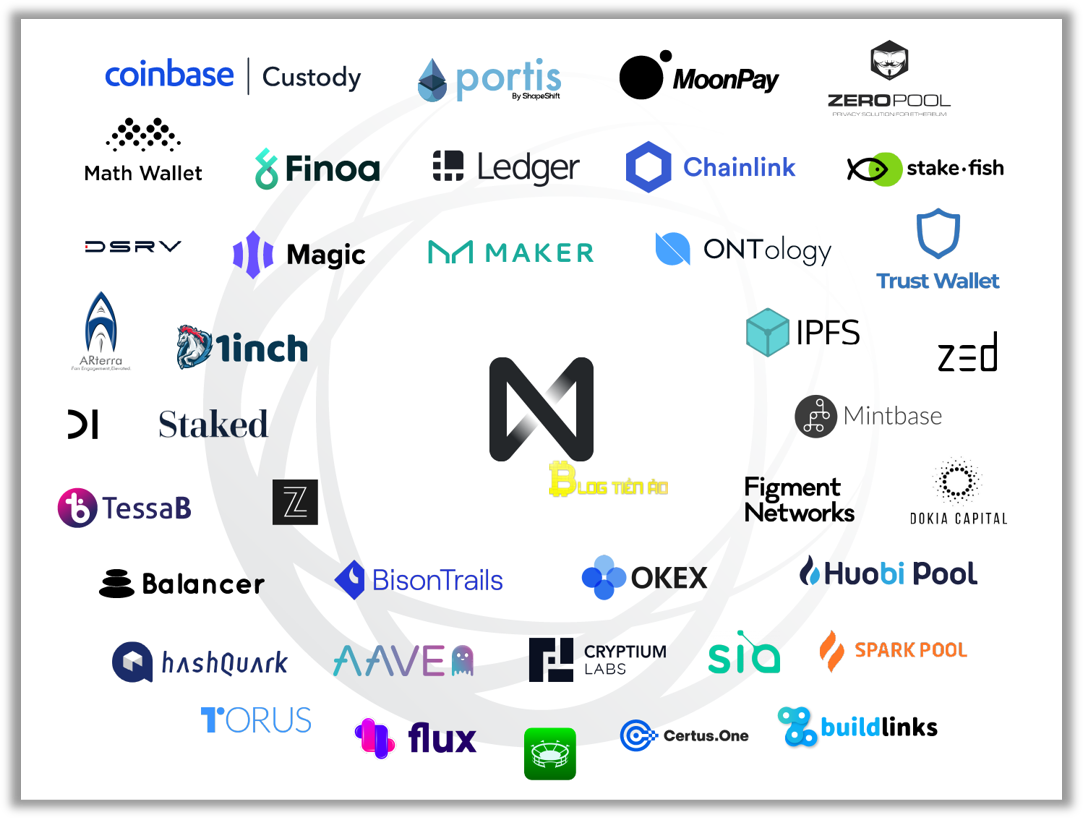 As the first part of the content was updated, NEAR Protol launched its mainnet on April 22, 4

Should you invest in NEAR?

Hope your reviews will help you in your investment.

This article is intended to provide information only when the project is disclosed and is not an investment advice. So consider and decide for yourself with your money.

Stay tuned for more information about NEAR. Along with that is waiting for the next articles about coin / token of Blogtienao. Thanks!