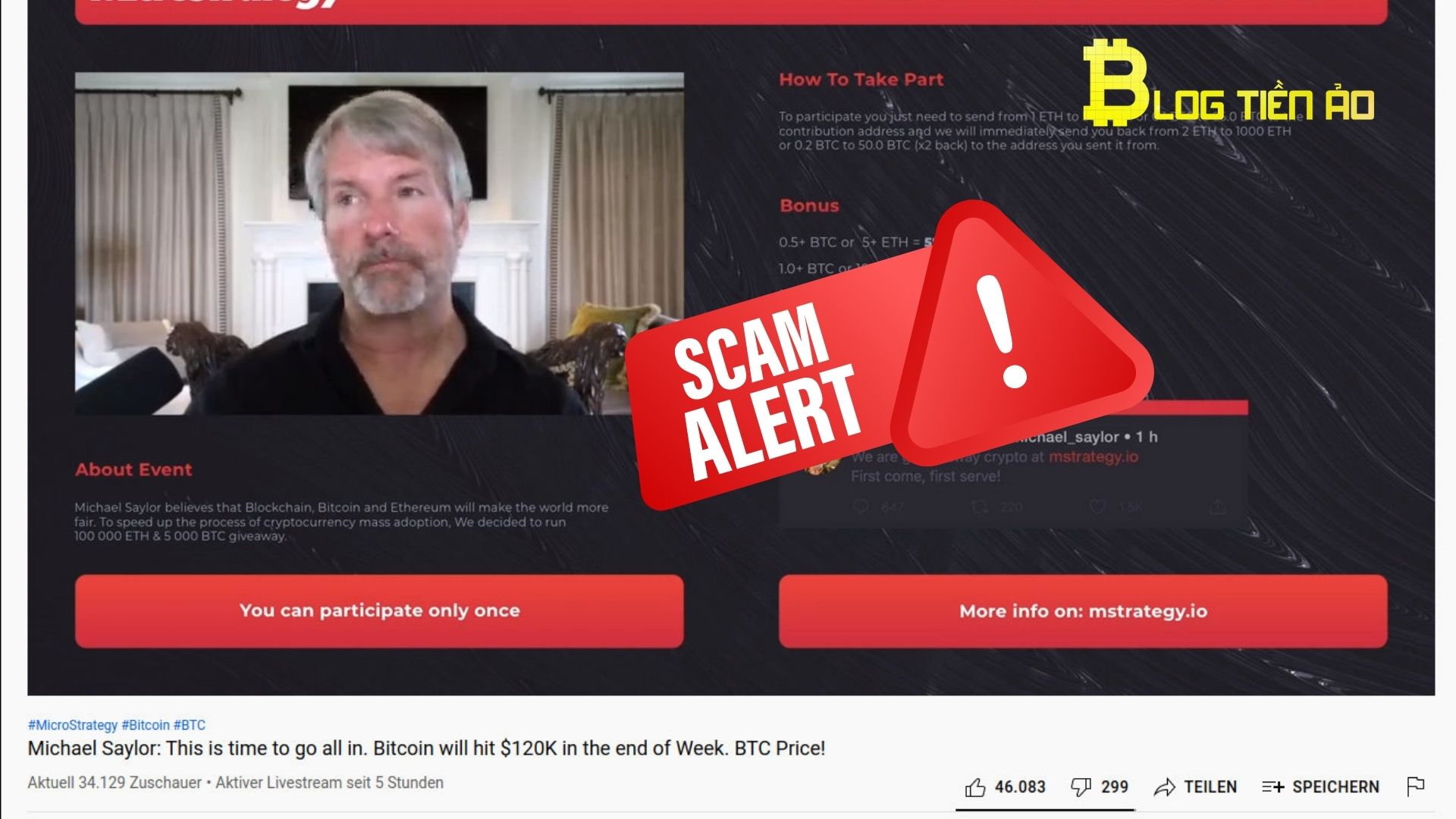 The user sent the equivalent of 26,4 bitcoins (BTC) to an address that has been confirmed by crypto tracking service Whale Alert as a scam.

Whale Alert says “This scam received the largest payout ever for a fake gift. We suspect this payment was made through a Coinbase address.”

26,4 BTC was sent to the scam address over five transactions. Scammers impersonate celebrities like Michael Saylor to trick people into sending them bitcoins. They promise to return double the amount deposited by investors.

Saylor, CEO of MicroStrategy, is a big supporter of bitcoin. As of August 8, his company bought 2020 BTC – the largest holdings of any public company. BTC holdings are currently worth $124.391 billion.

“[At least] 489 scams were launched on YouTube last week. We report them every 15 minutes and they get taken down every few hours, but the scammers just roll out more.”

Here's the latest Saylor-related fake gifting scam. In November, someone sent almost 11 BTC ($3), to another giveaway scam impersonating the head of MicroStrategy.

Whale Alert says it tracks 9.214 phishing websites and 92.955 scam crypto addresses. To date, they have tracked over $803 million in stolen digital assets worldwide.

MetaMask has informed users that automatic data backup in Apple mobile devices can be...

The Convex protocol - a platform that increases the rewards for users of the Curve stablecoin - has patched a bug that could lead to...

Cold wallet manufacturer Trezor has confirmed to users that they are the subject of a phishing attack...