What is MACD? How to install and trade the most detailed MACD indicator 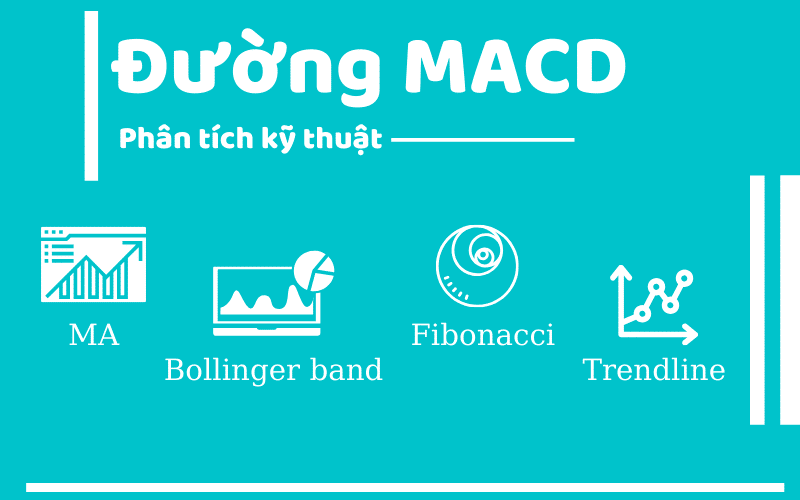 Also known as the moving average convergence divergence. This is a useful indicator that shows the trend of the market and the rate of increase or decrease of that trend.

The index collects data from the MA line different so that traders can find trading opportunities around these levels support and resistance.

The two concepts of convergence and divergence are defined as follows:

Elements that make up the indicator

The indicator is made up of 3 components: MACD line, signal line and MACD histogram, details:

How the MACD . indicator works

How to calculate lines

This indicator consists of 3 exponential moving averages. When calculating the MACD, it is necessary to consider the MACD line and the signal line. From there, the calculation is as follows:

It is displayed as a graphical representation of the distance between the MACD line and the signal line.

As explained the concept of convergence and divergence above. Speaking of the speed of the moving averages, the 12-day MA is faster and is responsible for most of the MACD's movements. The 26-day MA is slower and less responsive to price changes in the underlying security.

Explanation of how it works

The MACD line oscillates above and below the zero line, also known as the center line:

How to install the indicator

The variables a and b refer to the time periods used to calculate the MACD line mentioned in the above sections. They are subtracted from each other (short EMA minus long EMA).

Parameters a, b, c are usually set to MACD(12,26,9). This will be the default setting in nearly all charting software platforms, as these are typically applied to daily charts.

Setting (12,26,9) is very useful in that it is mostly used by people. But changing these settings to look for how trends move in other contexts or over other time periods can certainly make more sense as well.

Traders can use a different setting. This changes the way the fast EMA and the slow EMA work.

The large difference between the fast and slow EMA will make this setup more responsive to price changes.

Pros and cons of using MACD

The MACD indicator is widely used because it is both simple and reliable. Its popularity comes from the two different signals it gives: Trend strength and trend turning point.

MACD not only determines whether the trend is up or down, but also the strength of buy and sell signals.

It is possible to choose to use the SMA strategy to place buy and sell signals. But the instrument is subject to delay, which means that market conditions may change before a trade is made. This is why the MACD indicator is popular, as it represents providing updates on what is happening in the market.

The MACD indicator also has flaws. It should therefore be used in conjunction with other technical analysis tools.

One downside is that the MACD is a short-term indicator. It allows the longest measurement it takes into account is the 26-day MA. If you are a long-term trader, then the MACD may not be suitable.

Also this indicator is a trend following. That is, the indicator gives its signal when the trend occurs, not before it starts. So, if you are looking to spot an upcoming trend, then the MACD is not the best indicator for you.

What does the MACD indicator match?

This indicator is most useful for stocks, cryptocurrencies, and other forms of securities with liquidity and trends. It is less useful for occasional or range-bound trading instruments.

This is the most common MACD signal. As introduced it is the 9-day EMA of the MACD. As a moving average of the indicator, it follows the MACD line and makes it easy to spot MACD turns.

Divergence helps investors to predict the bottom and top areas of the price. The divergence between the price and the MACD histogram is a characteristic signal generated by the MACD indicator. Divergence itself is a signal that a market reversal may be imminent.

A bearish divergence is a situation in which the market price continues to rise, while the indicator shows a downtrend. That means the reversal is coming. Upward divergence indicates that the price is moving up but is about to reverse.
However, a divergence between the price and the index does not guarantee that the market will reverse. Similarly, it cannot indicate a specific price that can be reached in the near future.

Divergence is only meant to signal that a change in price trend is likely to occur, and that probability is increasing.

How to trade effectively with the MACD . indicator

The two moving averages have different “speeds”, slow and fast. When a new trend is formed, the fast line will react first and will cut the slow line.

When a crossover occurs, the fast line begins to divergence or move away from the slow line, indicating that a new trend has formed.

The chart above, which can be seen when the fast line crosses below the slow line, helps identify a new downtrend.

However, notice when this crossover occurs, the MACD histogram part has not appeared. That's because at the intersection, the difference between the fast line and the slow line is 0 so there is no.

When the downtrend starts, the fast line diverges from the slow line then the histogram starts getting bigger. The larger the chart, the stronger the trend.

A fast-crossing continuation signal that the downtrend will reverse. From there began to increase and an uptrend was formed. Right after that, when you place a buy order, you will have a profit, kkk.

So you guys have pocketed a tool, technical analysis indicator. Remember to use MACD with indicators Blogtienao Referred for successful trading. Good luck!