The last week of July has passed with many outstanding events on the Avalanche ecosystem. In this article, the team will summarize as well as give some perspectives in the future of the system.

The information and graphics in the article are referenced from Avaxholic – The #1 source of information about the Avalanche ecosystem.

Overview of the ecosystem in week 30 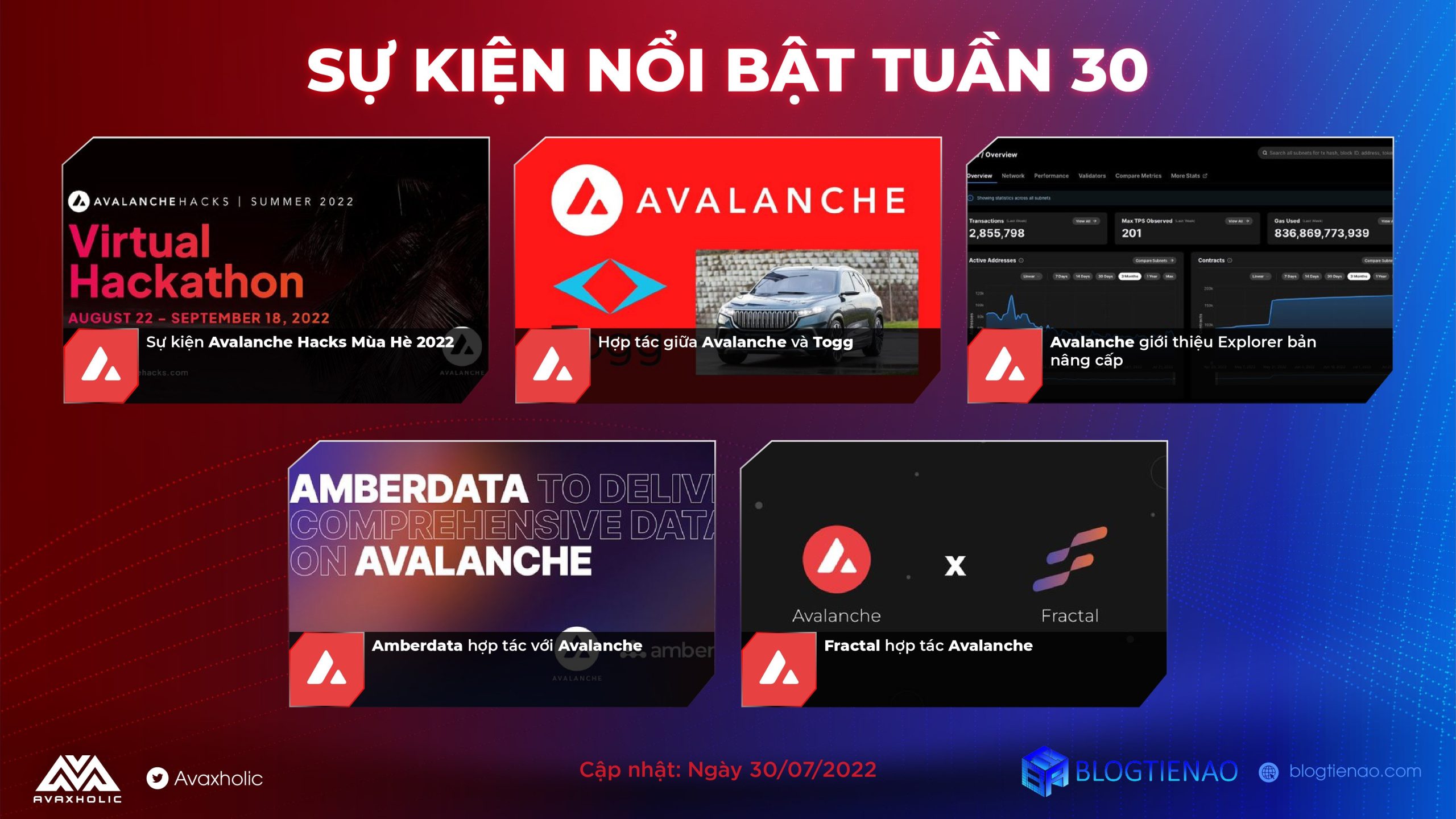 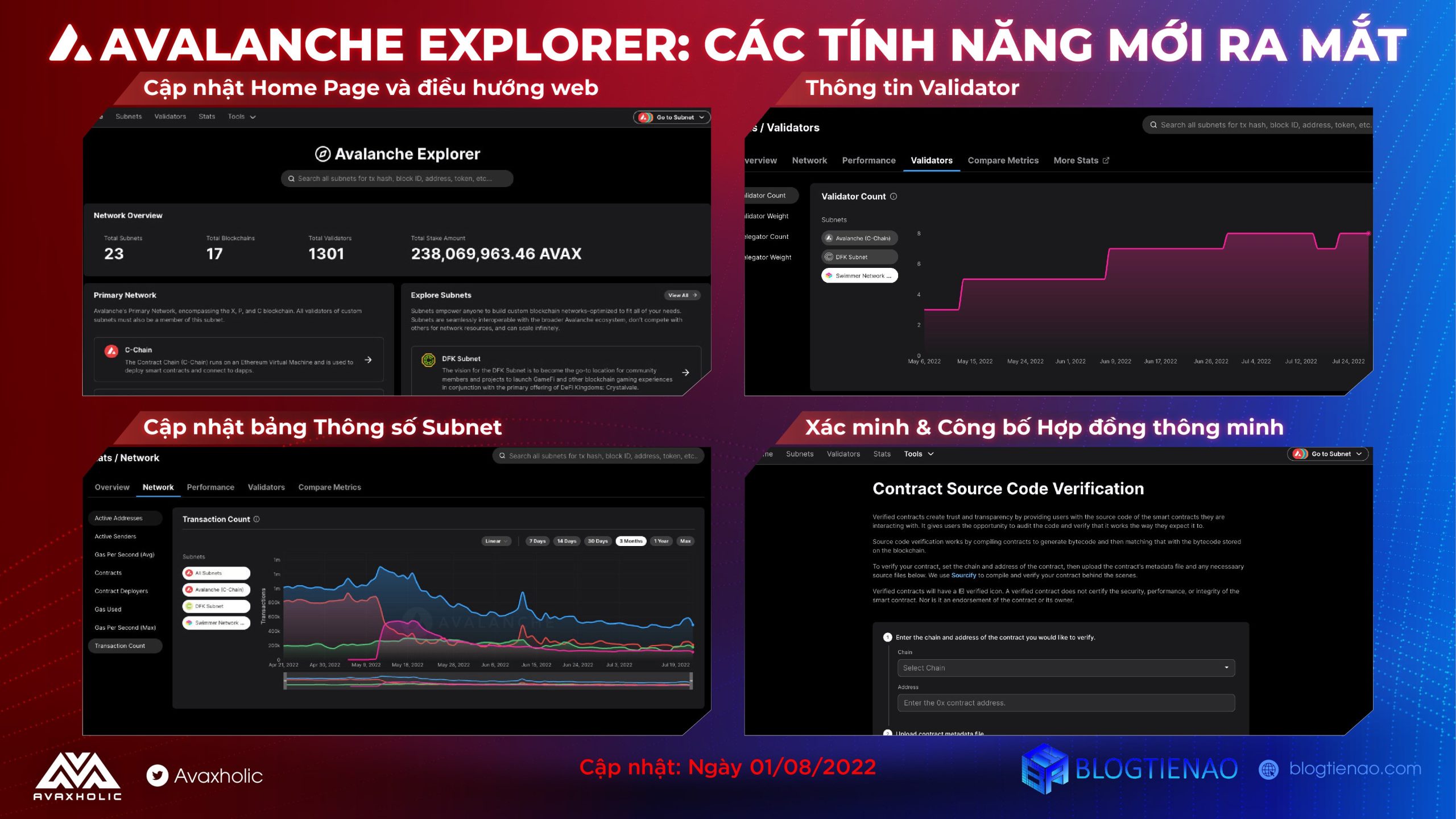 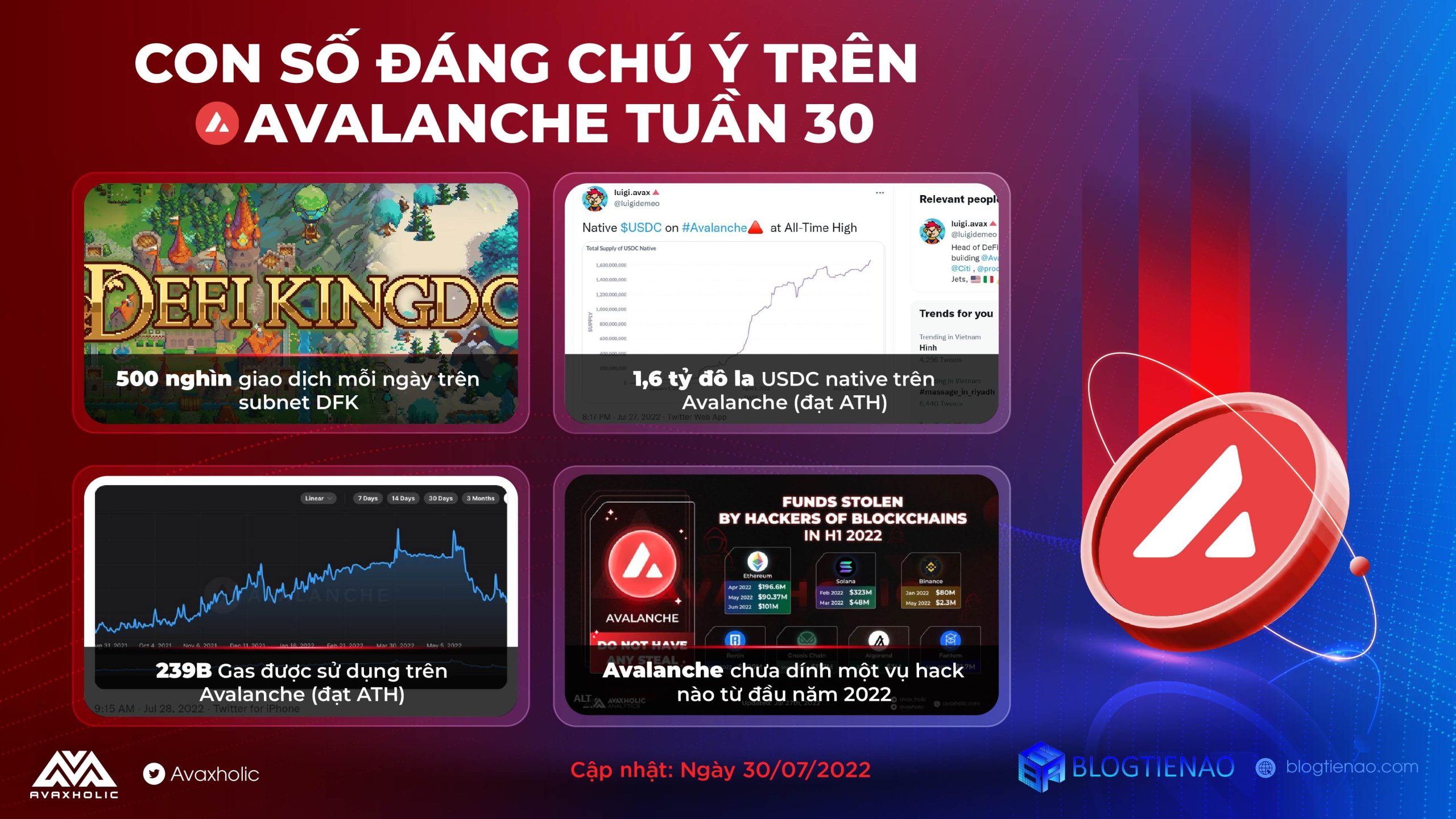 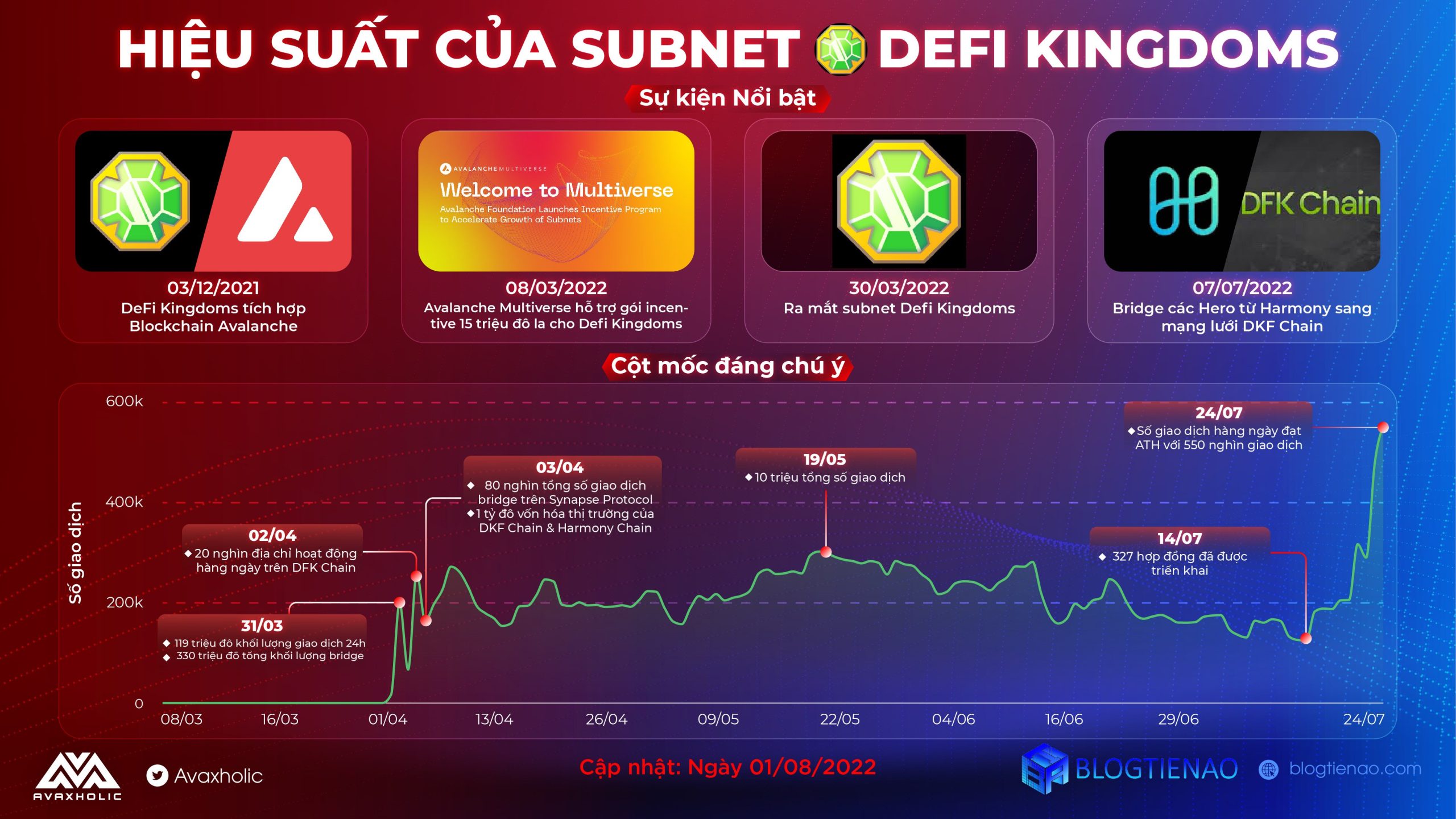 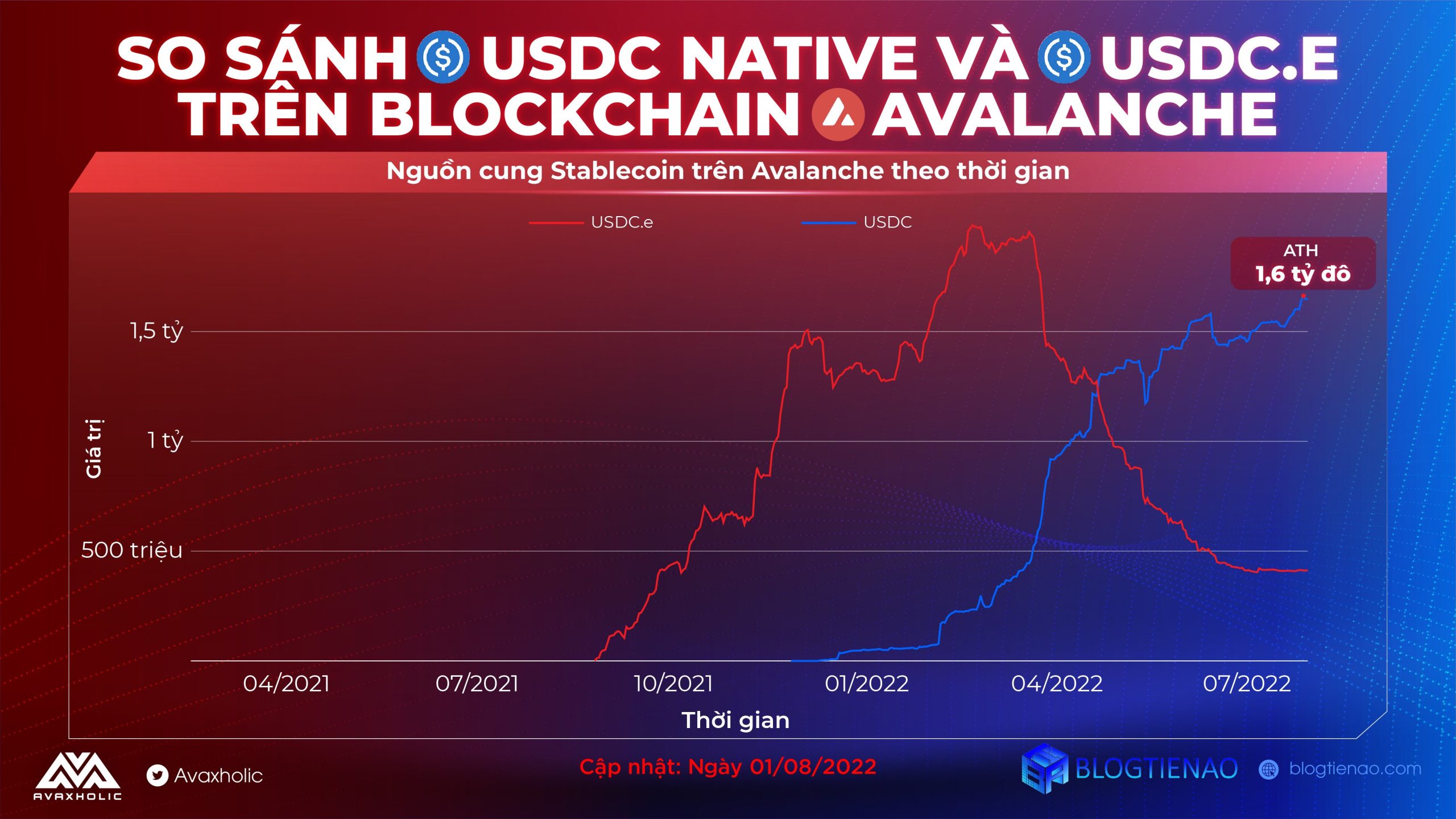 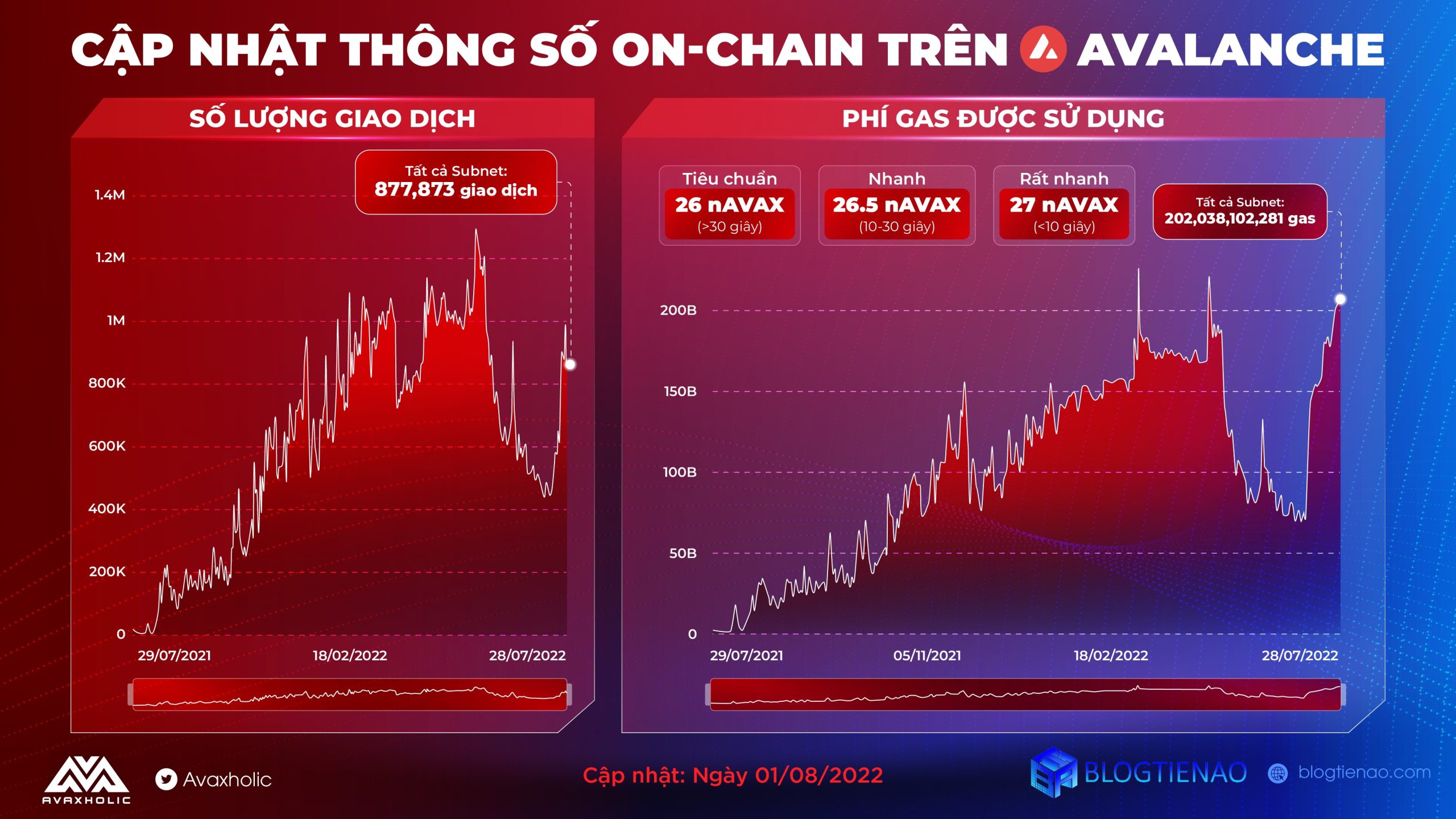 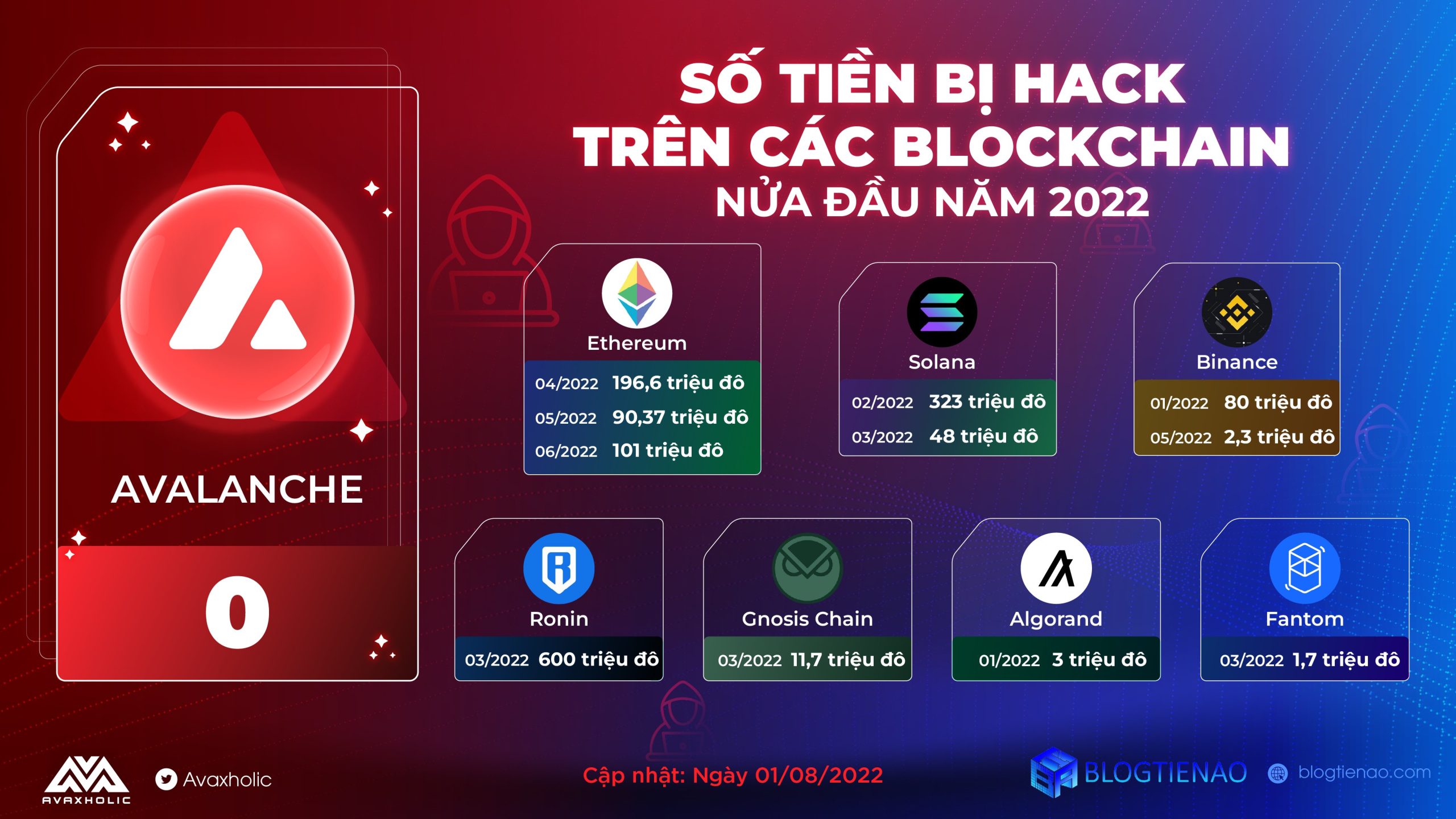 Highlights of projects on Avalanche week 30 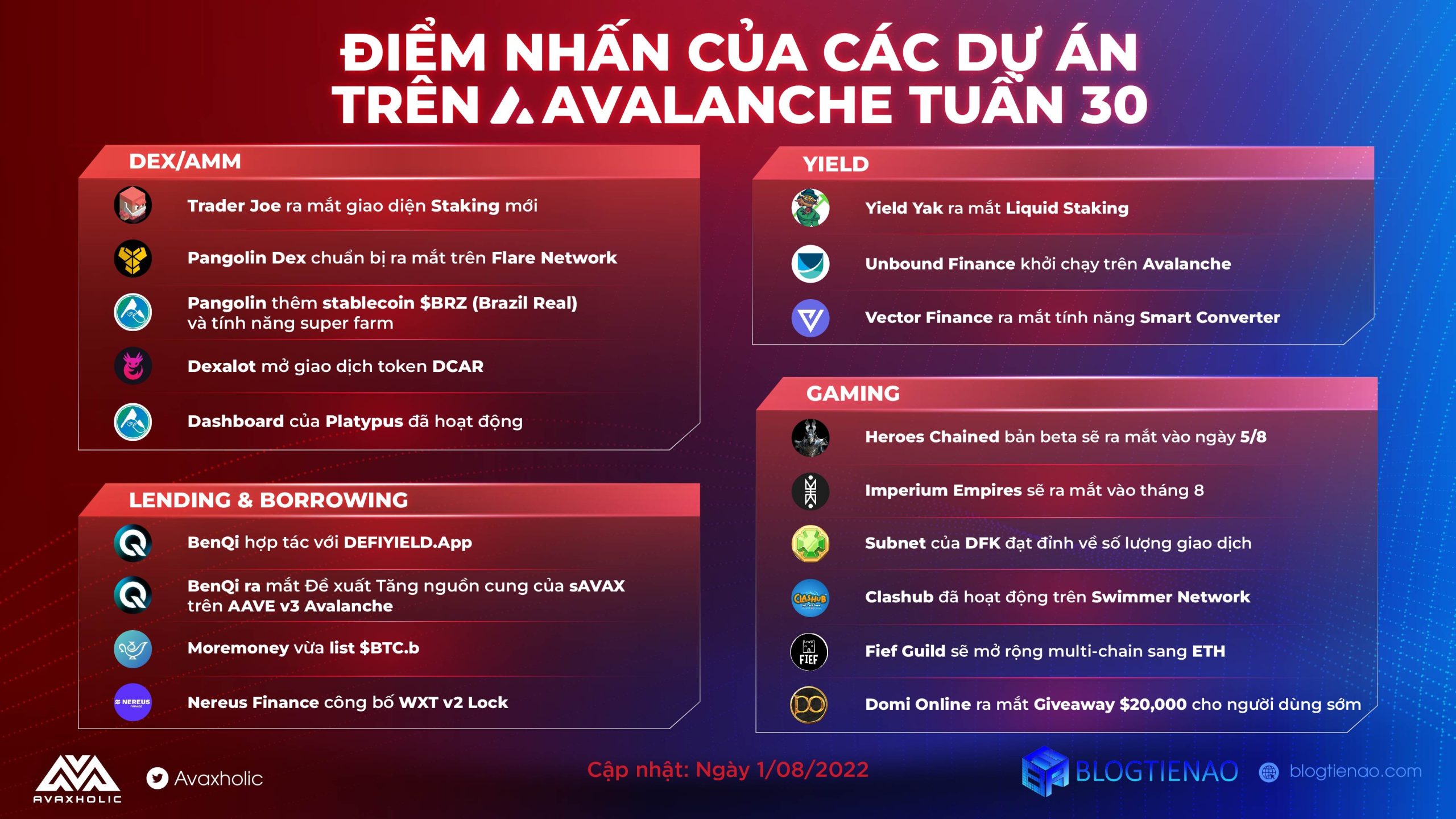 We ended week 30 with many outstanding events on the Avalanche ecosystem. From Avalanche launching Avalanche Hacks Summer 2022 to developing the Defi ecosystem and attracting Daaps developers to Avalanche. Along with that, Avalabs launched Avalanche Exploer, which allows users to track on-chain activities of C-chain and also launched subnets. We also celebrate the milestones of the Avalanche network this week 30, with over 1.6 billion USDC generated and circulating in the Defi ecosystem. In addition, projects in each category such as DEX/AMM, Lending... also have the development and update of new features as I described above.  It can be seen that although the market situation has not changed positively, the excitement of the Avalanche ecosystem has never stopped this is sure to continue and more so please look forward to exciting events in the next week.