What is Dow Theory? Fundamentals of technical analysis need to know 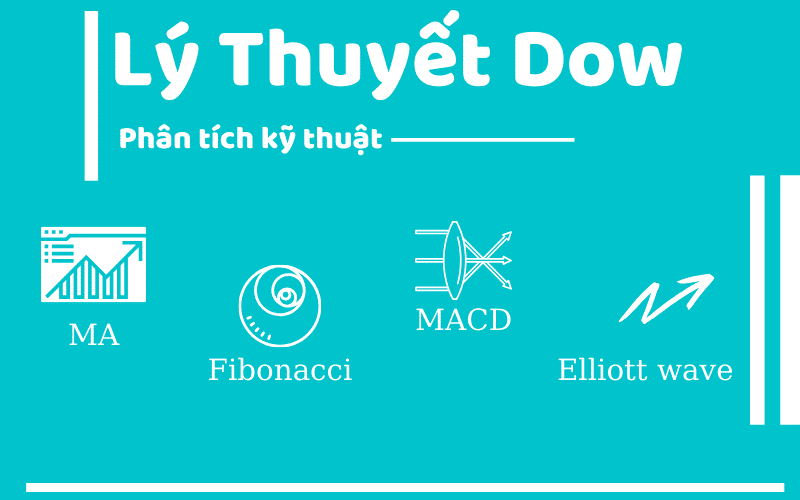 What is Dow Theory?

Dow Theory is the basis of technical analysis in the forex markets, trade coin,..helps to reflect available information and market fluctuations.

Watch now: What is technical analysis? Detailed guide for beginners

Dow theory was first introduced by Charles Dow. After his death, William Hamilton continued the work. In 1932, their work was published jointly as Robert Rhea's Dow Theory.

It was the first theory to explain that the market moves in a trend. And while things have changed in the stock market,forex, electronic money…over the years, the basic tenets of Dow Theory have remained valid.

If it comes to prominent technical analysis tools that are commonly used today like Trendline, RSI, MACD… or Elliott wave. You should remember that Dow Theory is one of the things that laid the foundation for those tools.

These principles were developed by Charles H Dow through years of observation in the market. Even in today's technologically advanced age. With the market fluctuating constantly, the Dow theory has always been appropriately applied.

Market price movements reflect it all

This principle reflects the general market activities of investors. It consists of people who have the best insight and information on trends and events.

Stock market indexes discount everything known and unknown in the public domain. If an unexpected event occurs, stock market indices will quickly re-check themselves to reflect accurate values.

The market has 3 trends

The long-term trend of a stock's price is known as the primary trend. This trend represents an upward, downward trend that lasts for one or several years and results in an increase or decrease.

Secondary trends include minor trends. Usually these are day-to-day fluctuations and are of no importance to the market.

This primary trend is known as a bull market. On the contrary, each drop in price reaches a lower level than the previous one.

Each subsequent rally is not enough to bring the price back to the previous increase, the main trend is downtrend. This primary trend is known as a bear market.

These are reactions that interrupt the rise or fall of the main trend. They are intermediate pullbacks or corrections that occur in a bull market or opposing rallies or intermediate rallies in a bear market.

Usually this trend lasts from three weeks to several months. They usually reverse in value about 1/3 to 2/3 of the last rallies or declines in the course of the main trend.

These are small swings usually over 6 days, rarely lasting more than 3 weeks and for traders using Dow theory they are of no importance.

Usually in intermediate waves, within a secondary trend, or between two secondary trends, there are about 3 distinguishable sub-waves. This little trend is easy to manipulate.

The trend is confirmed with volume

The volume must confirm along with the price. The trend should be supported by volume. This means that trading activity tends to increase when the price moves in the direction of the main trend.

The same is true for secondary trends. Note that a convincing signal of a trend reversal can be derived from the analysis of price action. Trading volume is only supplementary when in doubt.

Can a sideways market replace a secondary trend?

The market can remain sideways (trading in the middle of a range) for a long time. For example bitcoin price fluctuates between $9700 and 10000$ for a long time. These types of sideways markets can substitute for secondary trends.

Closing price is the best

Dow Theory does not pay attention to the highest or lowest price of the day, but only to the closing price.

Indicators must confirm each other

We cannot confirm a trend based on one indicator alone.

For example, At the beginning of its development, Dow used the Dow Jones Industrial Average and the Transportation Industry Index. The market is said to only rise if the indices are all moving in the same upward direction. The market cannot be classified as bullish, by the action of any indicator alone.

This is the period when those with patience see value in owning stocks for a long time. Stock is cheap, but no one seems to want it.

They will slowly increase the price and offer to buy once the volume of shares on offer decreases. The financial statements still reflect the dire situation of the market during this period. Market activity is moderate but initiating small rallies.

This is usually the longest period and sees the biggest price increase. That is also the time when the market is most active. This period was marked by improving business conditions and increasing stock valuations.

The moment income and profits start to rise again, confidence begins to change. This is the easiest time to make money because of the wide participation and the participation of trend catchers.

The third phase of a bull market is marked by excessive speculation and the appearance of pressure inflationary. (Dow formulated these theorems about 100 years ago, but the scenario is certainly familiar.)

In this final stage, the public fully participates in the market, overvalued and extremely high reliability. This is a mirror image to the first phase of a bull market.

The bear market is also divided into 3 stages: the distribution phase, the transition phase, and the despair phase.

Like accumulation, the distribution phase marks the beginning of a bear market. When users start to realize that business conditions aren't as good as they used to be, they start selling stocks.

While the market is falling, there is little confidence that a bear market has begun. Most forecast it still rising. Visionary investors feel the profits have reached a high level. Learn to research and start selling the stocks you hold.

Trading volume remains high but tends to decrease during bull runs. The public remains buoyant but has begun to show signs of glimmering as hopes for profits begin to dwindle.

Phase two of the bear market also provided the biggest move. This is when the trend has been identified as down and business conditions start to deteriorate. Earnings estimates fall, shortfalls occur, margins fall, and sales fall. As business conditions worsened, the sell-off continued.

This is the final stage of a bear market. Here, all hope is lost and securities are frowned upon. Pricing is low, but selling continues as participants seek to sell no matter what. Bad news, gloomy economic outlook and no more buyers to be found.

The market will continue to fall until all the bad news is fully priced into the stock. Once the stock fully reflects the worst possible outcome, the cycle begins again.

There are several important patterns in Dow Theory. Traders can use these patterns to identify trading opportunities. Some of the models that we will study include:

Besides resistance and support It is also a core concept of Dow theory.

As is also said in many indicators, everything is just a theory. Whether the application and transaction are successful or not is up to you. Thereby drawing a successful trading method and finally good luck and success.