Dora Factory is one of the first Open-Source blockchain projects aiming to build open infrastructure for DAOs (Decentralized Self-Operating Organizations) on Substrate.

Dora Factory's vision is to build a DAO-as-a-Service infrastructure, empower every DAO with the right toolkits to interact better, and incentivize developers and hackers on the path of cross-building. next joint.

Watch now : What is Ethereum? [The most detailed explanation of ETH virtual currency]

What are the ingredients of Dora Factory? Explain 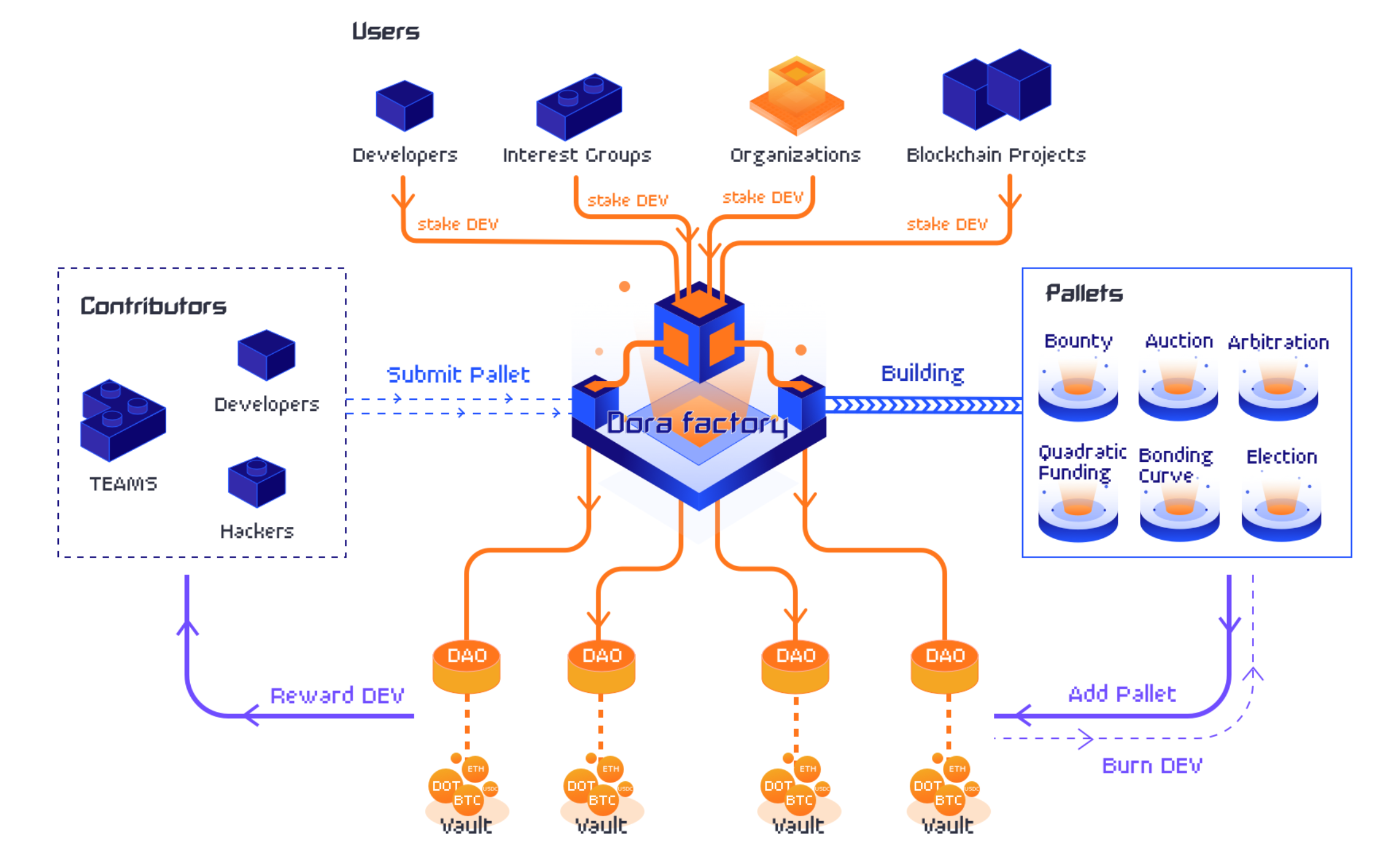 Before Polkadot was fully operational, the project encouraged smart contract developers to build DAO pallets on Ethereum and BDC as proof of concepts.

With Dora Factory Virtual Bridge (virtual bridge). In an early stage, DAOs will have to choose the infrastructure they want to build on: Polkadot, Ethereum or BSC. Depending on how relevant they are to these public chains.

Finally, there will be bridges connecting Polkadot replay chains with large public chains like Ethereum and Bitcoin. Hence, the cross-chain problem is automatically solved. However, the Dora Factory will build a simplified virtual bridge to bring external tokens eco polkadot into the Dora Factory parachain so that DAOs can store token assets in cross-chain vaults.

What is DORA Token

DORA is a unility token that links the network together. Users and holders of DORA can stake, mine and pay DORA tokens. Developers who build will be rewarded with DORA tokens. DORA's total initial supply is 10.000.000.

What is DORA used for?

How to earn DORA coins

Please review the details in the application section of the DORA token. You can earn DORA tokens by becoming a validator, nominator, participating in staking,….

Or DORA list of certain floors, you can buy them on it.

On which exchange is DORA traded?

There is no information on the floor list as of February 27, 02. Will update here to let you know

The token has not been released yet, so it is not clear how the wallet is suitable.

Evaluate the potential of Dora Factory