Dego Finance is a decentralized financial project (DeFi) aims to improve the purpose and utility of Non-fungible tokens (NFT) through a variety of interesting and intelligent applications.

Dego Finance initially launched on the Ethereum blockchain in September 9. But then switched to BSC to benefit from the low fees. The developers and teams behind the project are all over the globe and anonymous to focus on growth and development rather than taking credit for its creation.

Watch now: What is non-fungible token (NFT)? Why is the NFT so special

How does Dego Finance work?

Find out what the product has? Will solve but what problems.

Dego Finance's suite of products is diverse, an ambitious roadmap for expanding the modules it offers. So what specifically?

Stake is one of the most popular modules. It allows users to earn reward for staking LP tokens. Unlike other platforms, yield farming Dego's system uses an algorithmically tuned reward system in favor of smaller investors.

Described as a "pilot" in GameFi. Thereby, a user can easily create (cast), mine, trade, auction NFT.

DEGO NFT combines aspects of gaming and finance to create valuable NFTs. NFTs can be decomposed into assets that have been locked during their creation - i.e. DEGO, BEP-20 tokens, ERC-20 tokens, and other NFTs. They can also be staked and earn DEGO tokens.

What is DEGO Token?

DEGO is governance token of the ecosystem. Holder can participate in community proposals and decisions, and receive ongoing dividends. 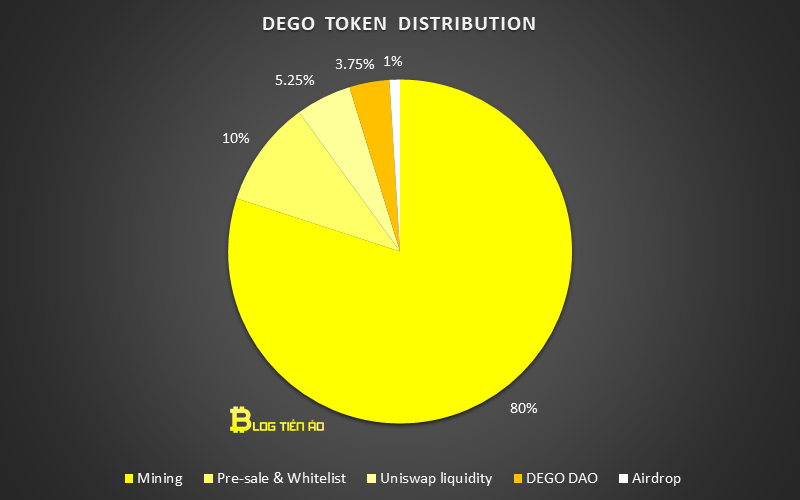 Pre-sale information as shown in the detailed token distribution is shown below: 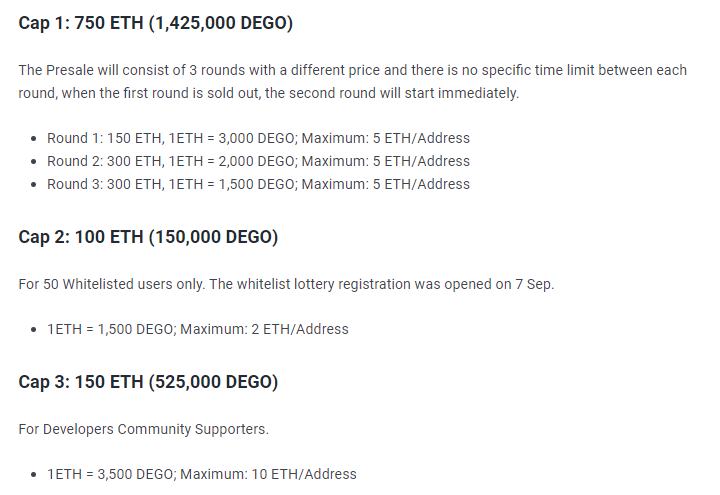 The Presale was announced to end on September 13, 09.

What is DEGO copper used for?

On which exchange is DEGO traded?

Two popular exchanges up to the time of writing that allow buying are Kucoin and MXC. You can sign up for an account and buy it:

Or Uniswap, if you do not know how to use Uniswap, read the instructions squid fishing tours.

Where to store DEGO coin?

It is quite easy to find a suitable wallet for example: Trustwallet, Ledger Nano X, MyEtherWallet, Coin98 Wallet, Dappradar.. Or you can store it directly on an exchange, where you bought that token. Remember to turn on full security.

With that said, the developers and teams behind the project are all over the globe and anonymous to focus on growth and development rather than taking credit for its creation.

The MATH partner project continues their joint effort and their first NFT mining campaign will be launched on BSC.

It is intended for each application in its ecosystem to be a LEGO brick. Allows projects to easily assemble them into different novel structures and build them into their own products to create new services.

The project has a fully operational NFT marketplace called GEGO V2, as well as an auction platform that users can use to easily buy and sell NFT tokens with Ether (ETH).

As mentioned earlier, first launched on Ethereum and then later launched on BSC, but it also has larger cross-chain ambitions and plans to roll out on Polkadot before launching on DEGOCHAIN ​​mainnet on quarter 4 year 2021.

Dego Finance combines Governance token and equity called DEGO. This is used for voting in community governance proposals and making decisions on the direction of the DEGO ecosystem.

The DEGO token holder also receives dividends paid out from a pool of funds invested using half of the transaction fees generated by the network.

With each DEGO transfer:

Deploy and Test in DEGOCHAIN:

Should you invest in DEGO?

Project announcements are audited, you can see at link.

DEGO is a hot-rated token with a blossoming BSC and NFT trend. In addition, you can evaluate its potential through the project's product idea, tokenomics to make the right investment decision. . Thanks!