Dafi Protocol is the first protocol enabled staking, the liquidity and bonus are proportional to the individual needs of every network.

What problems does the Dafi Protocol solve?

All decentralized economies distribute tokens to users. The problem is the low-level distribution of adoption, which creates oversupply and devalues ​​the economy.

There is no link between the release of the network provision and the adoption of the network. This harms long-term users and is only beneficial for short-term participants.

How does the Dafi Protocol solve the problem?

Dafi introduces a solution that uses network rewards to build a decentralized economy:

By linking these two factors, it attracts long-term users which are encouraged for longer, supporting adoption.

Dafi allows any protocol and platform to generate a synthetic flavor from native tokens. This is then algorithmically pegged to the needs of their network and distributed to the user. The aggregated dToken on Dafi can be created by projects and distributed to their users for staking money, nodes, and liquidity.

Individuals can stake DAFI to manage and mortgage the creation of dDAFI, the first aggregate unit tied to network needs. The aggregate amount can only increase as the network usage increases. That encourages more permanent users.

What is DAFI Token?

DAFI is the native token of the protocol, used for many different purposes 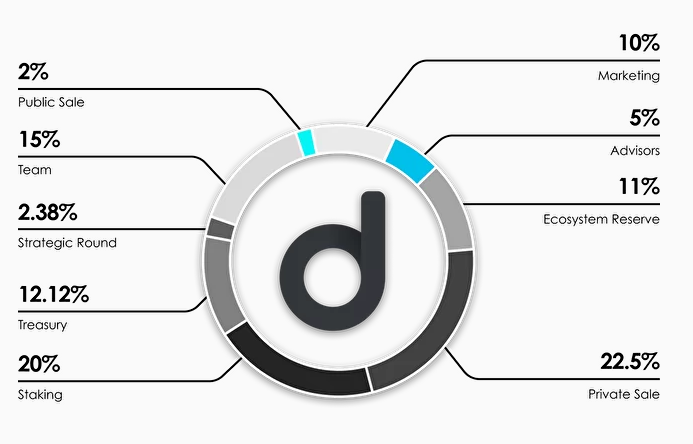 What is DAFI coin used for? 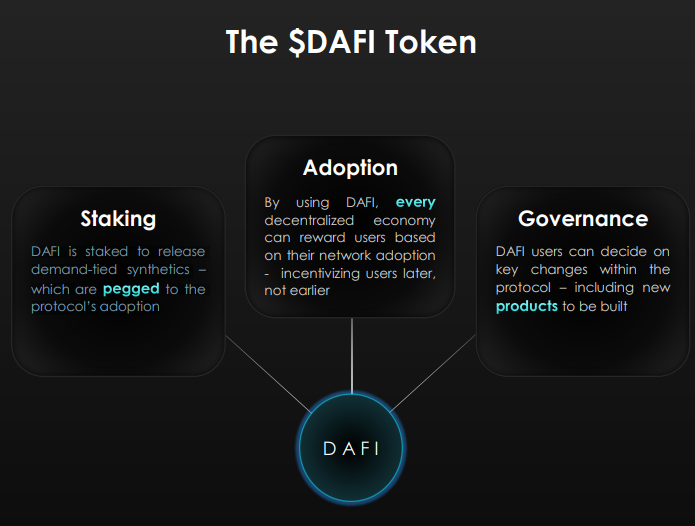 On which exchange is DAFI traded?

You can currently register for an account and buy DAFI on Bitmax:

It is quite easy to find a suitable wallet for example: Trustwallet, Ledger Nano X, MyEtherWallet, Dappradar, Coin98 Wallet,…. Or you can store it directly on the exchange, where you bought the token. Remember to turn on full security.

The famous investors in Dafi Protocol can be mentioned as: AU21 Capital, Spark digital capital, ...

Dafi creates a plug-and-play solution that can be used simply by most networks, with slight modifications to their architecture.

Aggregates are represented in the form of smart contract regulated tokens that adjust their number relative to the selected network needs. Projects lock the amount of tokens they desire and generate some dTokens based on (current demand / basic need) * Amount aggregated.

According to need can be modified to choose a variety of variables to suit tokenomics, including: Price, Volume Onchain, Transaction value, Offchain volume, Nodes, TVL.

Should you invest in the DAFI coin?

Dafi solves a tricky point, for both the project (those who want to reward without destroying the tokens) and users (the current model favors short-term participants only).

If a project has tokens, they can create a dToken with Dafi. Even as low as 0,1% of their supply can be used. That is, the strategy is not to immediately replace staking or encourage liquidity.

Dafi allows projects to deliver reduced aggregate amounts and instead allow that quantity to increase as the demand of the network increases. That means short-term users burn aggregate to get a low end token count. Long-term users use the aggregate network and are rewarded through network adoption (scaling aggregates).

This is Dafi's market access strategy to address the problems that need to be addressed. And you, how do you view this project? Please consider carefully before making investment intentions.