At Coinbox.org, users can now generate passive income just by holding cryptocurrencies in a special wallet. This new feature is provided by Coinbox.org and is called staking. It can be a great way for newbies to easily and effectively increase their crypto assets.

Staking networks will use Proof of Stake as the consensus algorithm. To understand better, you need to grasp this concept.

Both Proof of Work (PoW) and Proof of Stake (PoS) have the same goal, which is to reach consensus in the blockchain. But the processes that allow the goal to be achieved in the two systems are completely different.

Blocks on the PoS blockchain are "produced", not mined. Besides, as opposed to how they work in PoW systems, PoS network blockchains can develop and validate new blocks without the need for special hardware (e.g. ASIC).

Thanks to the Proof of Stake protocols, any user with a minimum required balance (staking) of a cryptocurrency can confirm transactions and earn staking rewards.

In a PoS system, coin "Guarding" always owns that amount, and the greater the amount, the higher the chances of a node being selected as the validator.

However, the creators of the PoS algorithm quickly understood that choosing only by stake size leads to centralization. This is clearly something no one wants to happen. That's why other selection methods (like coin age-based selection or random block selection) have been added.

ALGO is the official cryptocurrency of the Algorand blockchain. Logically, they are built on the open PoS Algorand blockchain platform. Unlike most other public blockchains, this scalable platform boasts fast transaction processing times while remaining decentralized.

The Advantages of Algorand Technology:

The Annual Return Rate (APY) is the rate that reflects the total amount of interest, in this case the staking reward, that is expected to be earned in a year. Currently, ALGO is 6.12%. 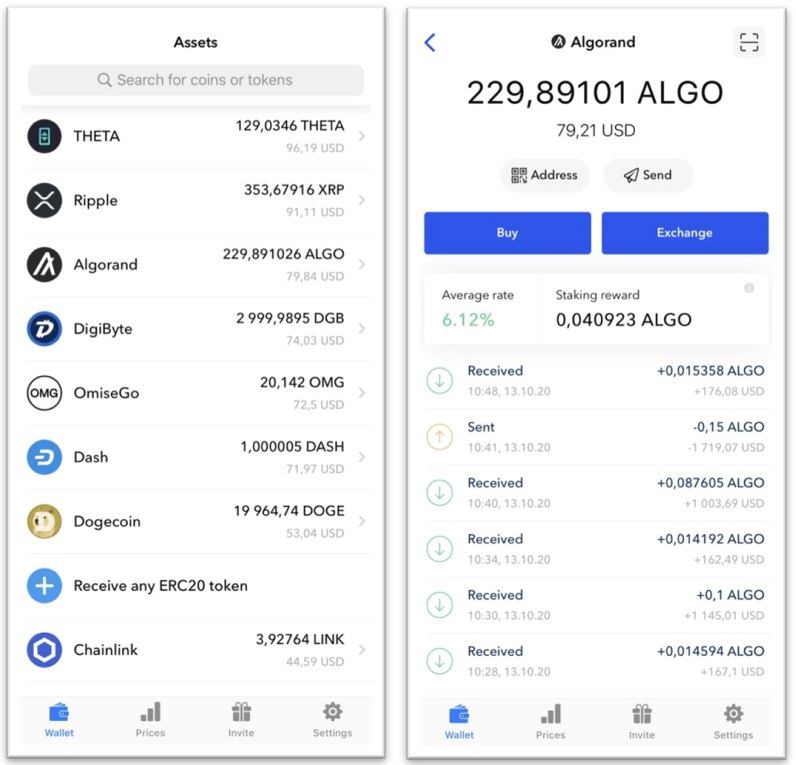