What is Bollinger Band? Complete tutorial on how to use Bollinger bands 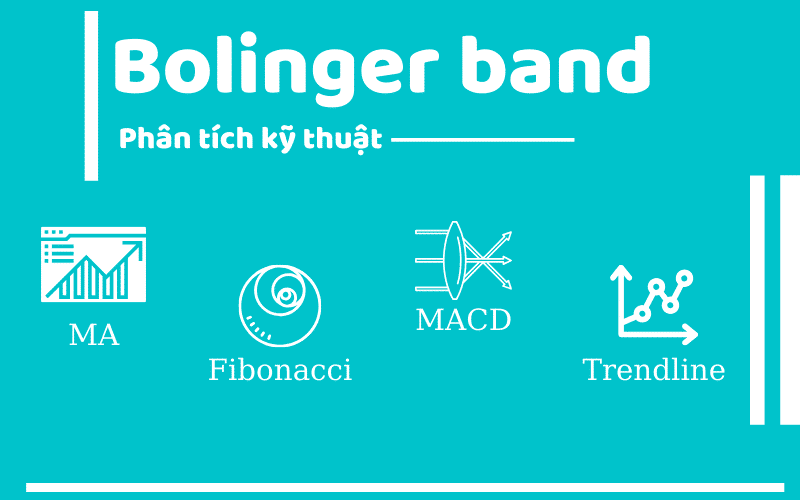 What is Bollinger Band?

Bollinger band is an indicator in technical analysis used to measure volatility or generate overbought or oversold signals of the market.

Bollinger Bands were created by John Bollinger in the early 1980s. It is widely used by analysts. Based on it, we can know whether the market is quiet or volatile.

Bollinger bands are applied on a price chart and they represent the standard deviation of a price from moving average (MA) its. The distance between the MA and its Bollinger bands is determined by price volatility: The faster the price changes, the further away these bands will be from the moving average.

Factors that make up the Bollinger Bands

There are 3 factors that make up Bollinger Bands, including: Middle strip, upper band, lower band.

The middle band of the indicator is the simple moving average (SMA). Current software or charts, most show 20 periods by default. This is also the advice of experienced analysts to use the 20-period MA.

However, after mastering the use of Bollinger bands, you can switch to MA at different stages.

It is not recommended to use a moving average with few periods. Because of the small number of stages in the calculation, a large degree of volatility is created. This results in the data becoming less accurate.

The upper and lower bands represent two standard deviations above and below the moving average, respectively.

Standard deviation is defined as a quantity used to express the dispersion of prices around their mean:

From this, the following calculation can be obtained:

This is the standard setting and is recommended. But you can still customize it.

For example: Still following the same calculation process as above, but applying for short, medium and long term analysis. The parameters can be set as follows:

– When the price is sideways for a while, it increases the likelihood that the price will increase sharply in either direction. This could start a trend move. Be on the lookout for a new boom period. Describe as chart below.

– Price tends to bounce within two bands. It hits one strip then hits another. You can use these changes to help determine take profit levels. Simply put, if the price bounces off the lower band and then crosses the SMA, the upper band will become a profit target if the price is close to it.

– Price can exceed or embrace a band for extended periods of time in strong trends. Regarding divergence with a momentum oscillator, you may want to do your research on whether to take profits immediately or wait for more to increase profits. For example below:

– Price moves out of the bands, continuing the strong trend. However, if the price moves immediately back inside the bollinger band, the said trend will be rejected.

Summarize the above issues when it comes to each case. The upper and lower bands act as ., respectively resistance and support.

However, do not use the concept of support and resistance to trade. Just like the other stats you should combine them with RSI, MACD...let the Bollinger band take full effect.

Keltner Channels is a volatility indicator introduced by a trader named Chester Keltner in a 1960 book. A later modified version was developed by Linda Raschke in the 1980s.

Unlike the Bollinger band, this indicator uses an Exponential Moving Average (EMA) and the Average True Range (ATR) to represent the width of the channel. It in turn replaces the use of SMA and standard deviation.

Keltner helps identify overbought and oversold levels relative to a moving average. Especially when the trend is constant. Keltner Channels have the ability to predict trend reversal points more appropriately than Bollinger bands.

The formula for Keltner Channel also applies to 3 bands. Popular settings include the 20-day EMA and the 10-day ATR.

In terms of popularity, Bollinger band is still better, guys, but it also has many advantages compared to Keltner Channels. However, if used in combination, there is nothing better than that. Not only gives a good signal, but also improves many aspects.

So, one more indicator Blogtienao bring to you. Not much, but quite enough for newcomers to the market. Get these basics right first, then work on improving through practice. That will automatically improve profits and minimize losses.