Home NEWS What if you accidentally find the private key of ...
NEWS

What if you accidentally find the private key of 127 BTC that has been "forgotten" since 2011? 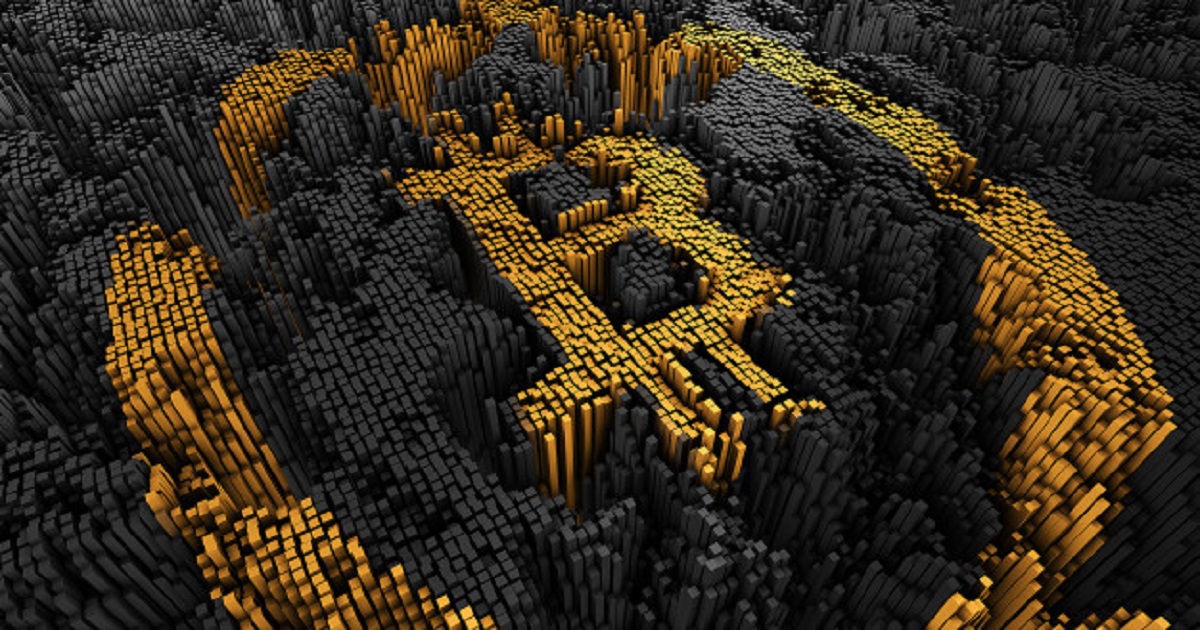 A student has just revealed that he accidentally found the private key "history" since 2011. They are the key to open the "treasure" worth up to 4 million USD at the present time.

Specifically, he said in 2011 or 2012, this person was playing a game called Dark Orbit on a Dell computer. To be able to use the premium space and high-level ammo players need Uridium to buy products, and of course Uridium needs to be purchased with real money.

But since he was still children, this person sought to find Uridium free. Meanwhile, this person found a website (not remember the name), which allows users to buy Uridium with Bitcoin. And to earn Bitcoin, users just need to go through "survey, watch videos and complete random tasks".

With this way, the character in the post has earned 127 BTC, but perhaps this is just a gimmick, so this BTC cannot buy Uridium. Since then, the "treasure" has been forgotten.

During the recent vacation, due to seeing an old "childhood" computer, this person took it to use:

I was browsing through an old Dell computer that I used to play games on when I accessed a .txt folder labeled "Keys" ... I was completely speechless. 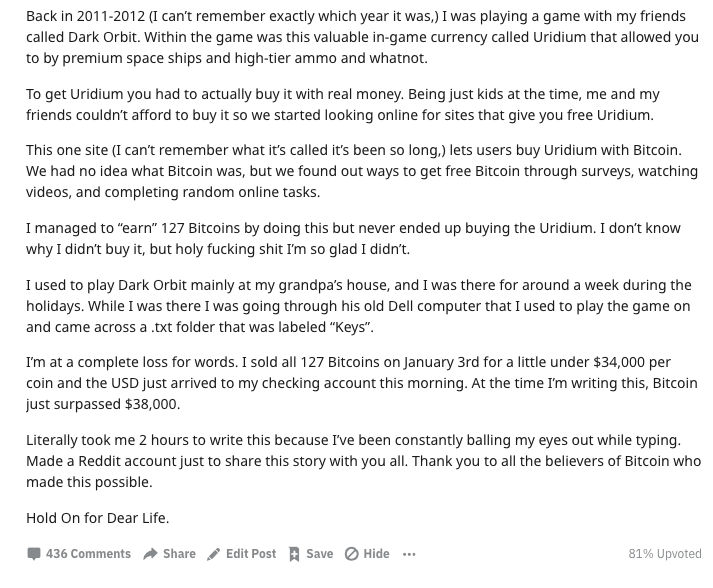 And the treasure buried for nearly 10 years once again saw the light.

I spent the next week figuring out how to safely and securely liquidate such a large amount of Bitcoin at the cheapest possible price (in terms of fees). I quickly realized that this was not possible if I opened a regular account on Coinbase or Binance and sold my cryptocurrency through it.

(By doing so) not only was the asset lost forever due to the daily withdrawal limit, but at that time, I was also worried that Bitcoin's price would drop dramatically during the prolonged liquidation. Of course, that's a mistake since Bitcoin is at around $ 41.000 as I write this.

As the days passed, I was able to find the best solution, which is to sell assets through OTC. I went back and forth between different companies and ended up selling all 127 Bitcoins for $ 33.439,02 per coin, minus the 0.15% fee. Net worth is about $ 4.24 million.

My plan in the future is to find a safe, low-risk investment channel to invest with this money after I complete my tax obligations. My mindset is to be able to put most of it in the S&P 500 until I at least finish my studies in school.

You can read the full story squid fishing tours.

What is Pi Network? Future "Bitcoin" or game ...