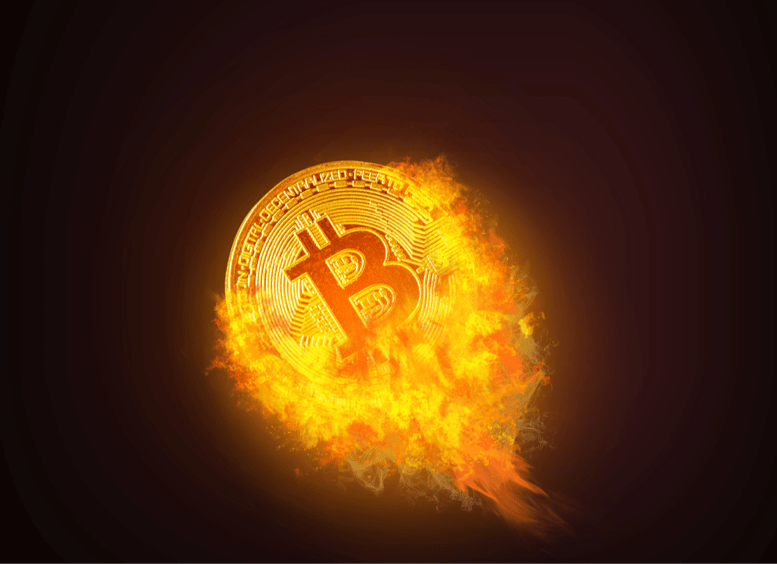 For the first time since 2017, the bitcoin price has officially conquered the $ 19,000 mark, and many current indicators are showing that the digital currency's momentum will continue.

Today's session 24/11 is the historic day of bitcoin, because it has been a long time since bitcoin bulls have a chance to test the $ 19,000 threshold for the first time after 3 years of waiting.

Here are the three main factors behind driving the uptrend price of bitcoin.

* Note: below is the personal opinion of the author, not considered an investment recommendation * 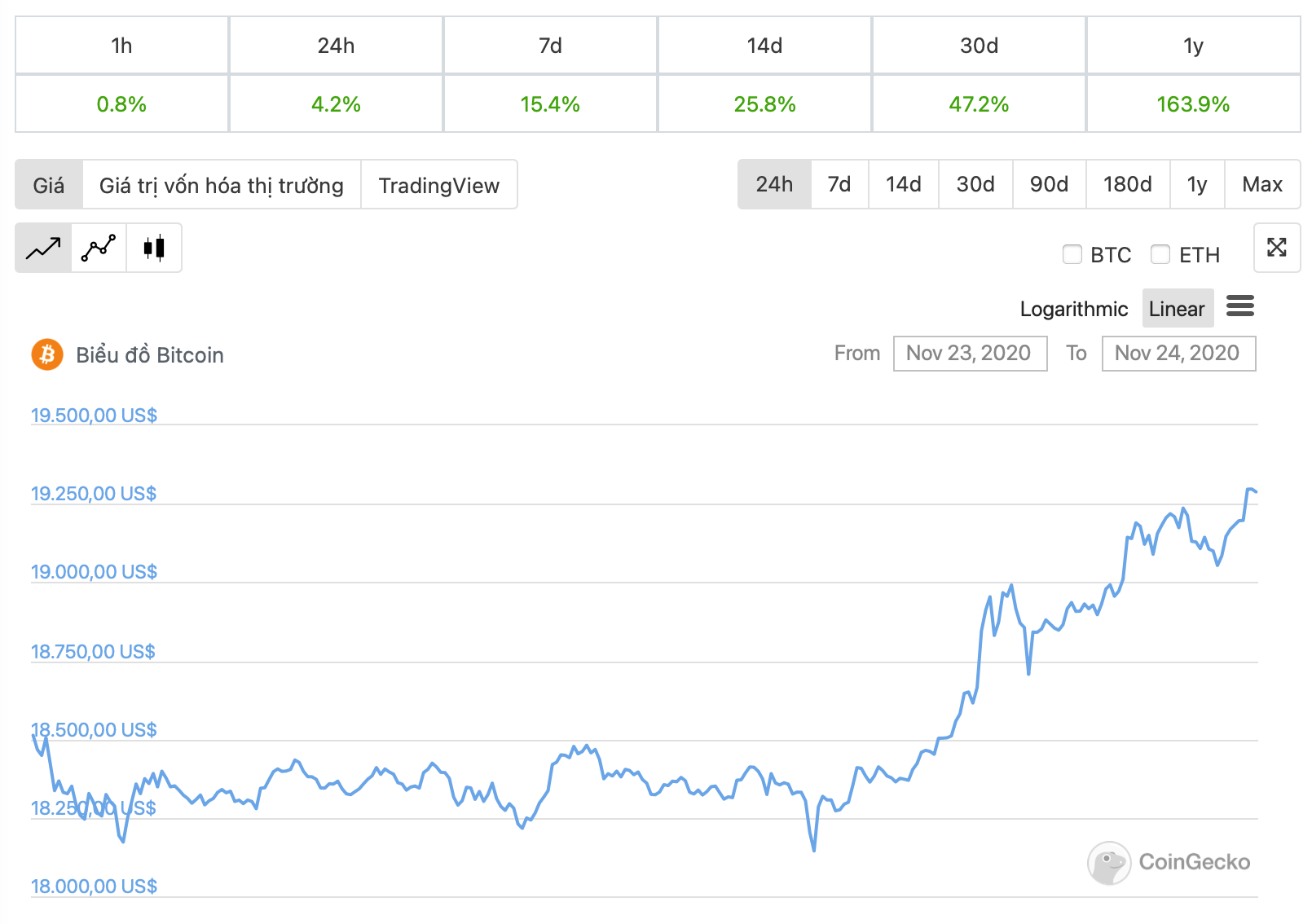 Whales are trying to collect BTC

"There are a lot of whales that have been buying BTC at a certain price and not moving them," Cointelegraph said.

Many analysts have said this is a signal whales are trying to accumulate more BTC and they certainly have no intention of selling in the near future even though bitcoin is preparing to top 20,000 USD.

The difference between the ongoing bitcoin bull run and previous bull cycles is that the recent uptrend has proven more sustainable.

According to Cointelegraph's writer Ray Salmond, "every whale cluster is showing any major support levels BTC could drop in accompanied by whale accumulation", that is, if the price of BTC drops to support levels. the bottom support will probably be pushed back by the whale. 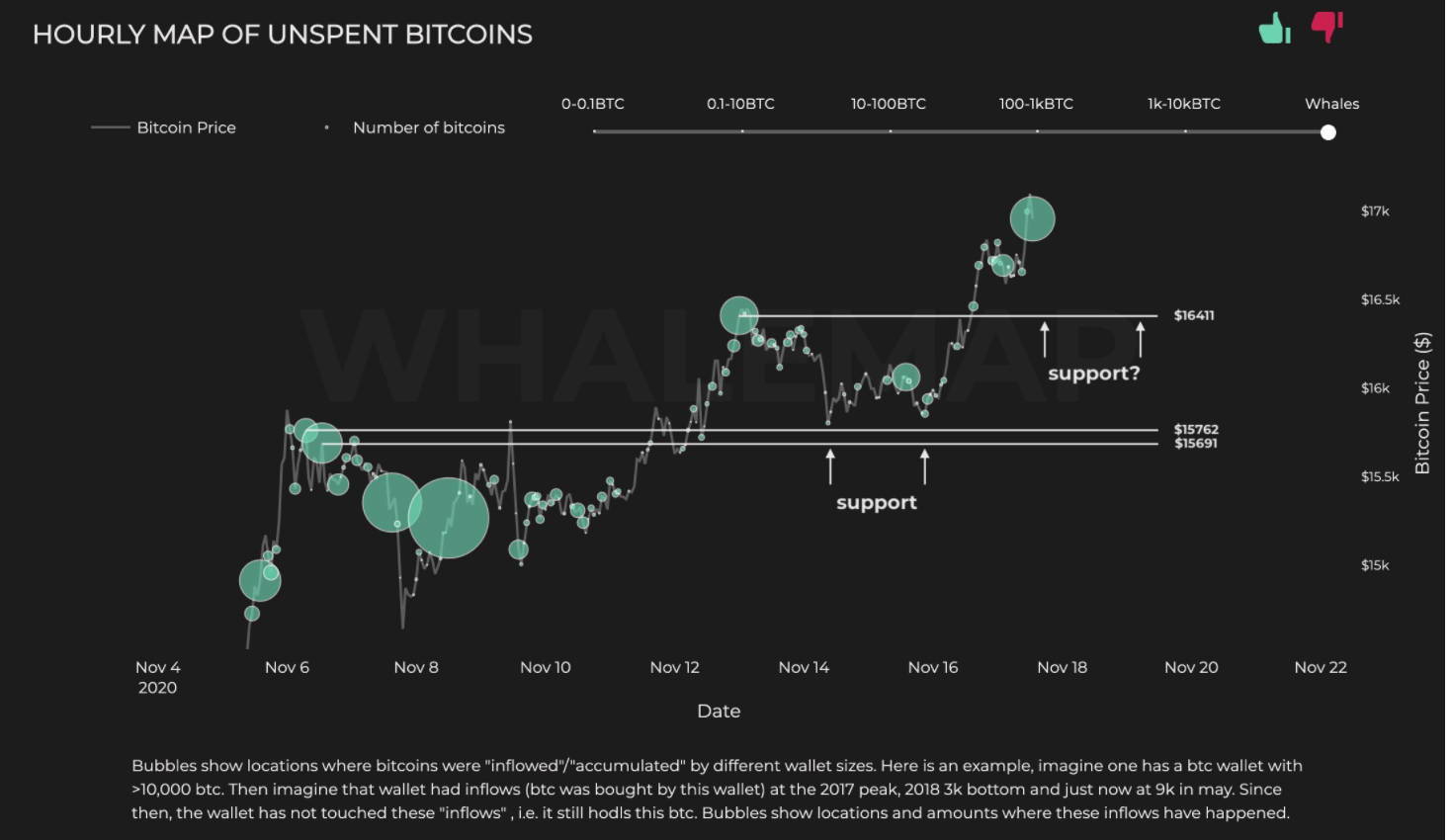 According to Santiment's data analysis firm, the number of whales that accumulate BTC has increased significantly in recent months, especially since BTC reached $ 18,000.

The supply of BTC is running out

A consistent trend throughout the 2020 bull run is a continuing decline in BTC's exchange reserves.

Investors and whales move BTC to exchanges when they want to sell BTC. Hence, with the recent decline in foreign exchange reserves it means "there are fewer sellers in the market".

A trader nicknamed "Byzantine General" said: "Every time spot exchanges add to their BTC reserves, it depletes almost immediately. You do not understand? Really the supply of BTC is running out, it's not enough! ”.

Also, on large centralized exchanges, for example Binance the BTC / USDT pair has consistently delivered over $ 1,5 billion in daily volume.

Various data points are also suggesting that the spot market is leading the way up, not derivatives or futures markets. This trend has helped stabilize BTC's bull run and reduce the risk of a sudden downside correction.

If futures market accounts for the majority of the volume in bitcoin's uptrend there is always a high risk of liquidation. This time around, however, the spot market is driving bitcoin's bullish momentum, so there can be reassurance that bitcoin's bull run will be more sustainable this time around, so we can expect a peak of bitcoin. 2017 will be broken.

What is DFI.Money (YFII)? An overview of cryptocurrencies ...

A shark reveals the full amount ...