After the oldest and largest Bitcoin exchange in the world is BTC-e sealed by the US government on suspicion of money laundering, many investors on that floor worry a lot about the money they have invested on that floor.

To reassure their customers, shortly thereafter, the leaders of BTC-e launched a new trading platform with the same website interface as the previous one and the data of the customer is kept the same. at the new floor. That new exchange is called WEX, so What is WEX? Do they have any other characteristics than the old floor? Here is the knowledge to know about BTC-e's new Bitcoin and Altcoin exchange that the Virtual Money Blog wants to introduce to you. Stay tuned!

WEX is a Bitcoin and virtual currency exchange launched in September 9, whose website address is using a domain name in New Zealand but is registered with a business license in Singapore, as well as by the Singapore monetary authority ( MAS) approved and licensed under the Singapore Securities and Futures Act (SFA) before going into operation. This more or less makes WEX become more reputable and reliable. When in operation, Wex issued Wex coins, a bonus coin, which can be used to trade on their platform. 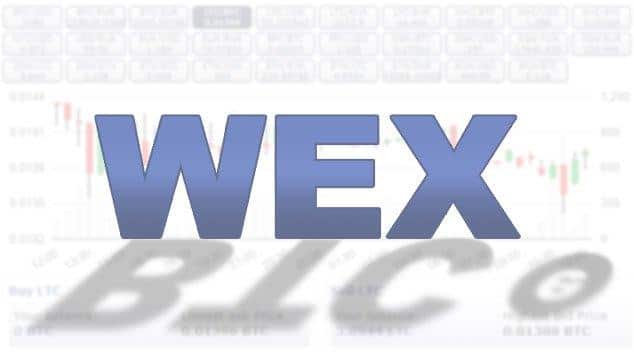 At launch, WEX publicly stated that it did not receive any investment from BTC-e. But according to a news article at Coindesk (one of the 5 largest bitcoin news websites in the world) in September, it proved that WEX was actually part of BTC-e, when it was created to meet the BTC-e old customers' needs for Bitcoin and virtual currency activities. Therefore, at WEX, there is no need to promote too much and apply too high security measures but also a certain number of users.

Features of the trading platform WEX

Fee on the floor WEX How 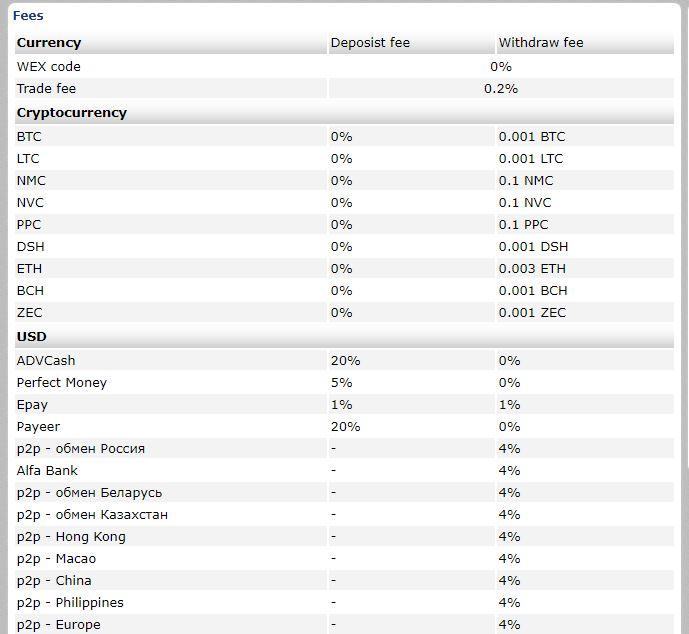 Virtual and USD fees on Wex

WEX offers quite a lot of online payment methods for legal currencies, but mostly available in Russia such as ADVCash, Perfect Money ... In addition, it also allows payment by bank transfer but with fees. high. It does not allow credit card payments, which is quite inconvenient for many people

Floor WEX Is there a scam?

Perhaps it's because it is part of the old BTC-e exchange, so far WEX have not encountered any scam cases and have never been a successful attack by hackers.

As a successor to BTC-e, so it was only released a few months ago but WEX has been trusted and used by a lot of people. Along with the legal attention from the beginning, it promises that WEX floor will be durable. In the following article, I will guide you how to register for an account, security and trading on the WEX platform, so you should pay attention to the virtual money blog.

If you have any questions about the Wex floor, please contact the comment section, I will answer you as soon as possible. Lastly, don't forget to Like, Share and give me a 5-star review below to support Virtual money blog ok

What is Binance Futures? [Complete manual from AZ]

What is FTX? [The most detailed registration and transaction guide]

What is ProEx floor? [Guide to registering & using the whole episode]