What is SegWit? Learn about Segwit Bitcoin (Segregated Witness) What is it?

followed stands for Segregated Witness, which is a recommended update to the software Bitcoin, Segwit was born with the purpose of fixing serious problems.

Specifically, Segwit is the recommended update to Bitcoin Core, developed by a long-standing and experienced development team. Bitcoin Core is currently the most popular Bitcoin customer, used by most businesses in the industry. 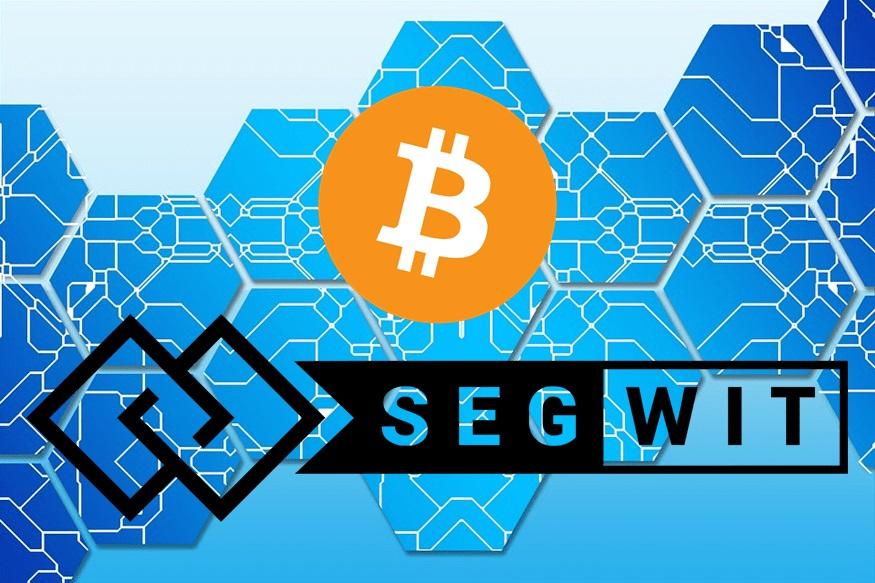 The original idea of Segwit is to improve transaction flexibility, which is also a common weakness in Bitcoin software. Although this bug does not cause much damage to users, it has been declared differently in some cases, so patching is important and really necessary.

SegWit itself has many benefits, and now the focus has shifted from improving the flexibility of transactions to solving Bitcoin's scaling problem. There have been several articles where we have covered this issue, and for many others, Bitcoin is having a serious scaling problem, which is getting worse over time.

With Segwit's solution it increases Bitcoin's block size limit and allows adding a second layer of solution for future developments.

Currently, Bitcoin's scaling problem is mainly due to its inefficient block size. As we all know, blocks of transactions combine continuously to create Blockchain. The created blockchain plays an important role as a ledger that records all the history of transactions taking place on the entire network, or more precisely Blockchain is like the lifeblood of the entire money system. electronic.

The problem here is that all blocks are programmed to have a traffic limit of 1MB. And that 1MB is not enough to meet the needs of thousands of transactions of investors around the world made every minute.

As a result, many users will be forced to wait in line to have their transactions confirmed, sometimes taking several hours and even days. If the block size remains fixed at the old level while the Bitcoin network grows larger, there will only be one outcome: the problem of transaction congestion mentioned above will become more and more serious.

The solution that Segwit offers is divided into two parts. First, it almost immediately allowed to increase the block size limit to 2MB. However, it should be noted that 4MB is the maximum allowed limit, while the actual number to be increased depends on the current situation of the market.

Meanwhile, many experts believe that as soon as Segwit is activated, the block size will reach 2.1MB, which is an increase of approximately 110% from the original level.

Next, through optimizing for flexibility, SegWit will not only eliminate the small problems that Bitcoin has but are a major barrier to adding a second layer of solutions on top of it. Lightning Netword is one of the proposed solutions, which was once expected to create a significant increase in network traffic by coordinating the majority of transactions off the Blockchain and processing them quickly. fast.

What is the reason why SegWit has not been activated until now?

SegWit is only allowed to activate when 95% of the mining capacity in the system signals in favor of it.

If there is a shortfall in approval rates for a new set of regulations, it is very likely that a new fork will occur, forcing part of the network to specialize in using the new client while the rest are still using it. the Old. This leads to the existence of two cryptocurrencies inside Bitcoin with different operating methods, and they will compete for users.

Such a scenario could have unpredictable effects, but it is very likely that both of these coins will suffer a negative impact in terms of value, especially in the short term. Therefore, in order to prevent the risk of a fork taking place, the Segwit development team has set up a specific rule on this software, allowing it to work only when it receives over 95% of users support – almost the entire system.

However, up to now, the approval rate is still fluctuating between 32 - 33,8% and during this time it has never surpassed this level. The main cause of this situation is that a large number of users oppose Segwit activation for various reasons.

What are the arguments against SegWit?

The main arguments made against the activation of SegWit can be divided into three groups: political factors, technical factors and ideological factors.

Some individuals argue that in its current state, Segwit cannot solve the problems it previously promised. This argument comes from the fact that the proposed block size increase is still not able to meet the increasing demand of the Bitcoin community.

Besides, the majority of experts appreciate the solid foundation and technical competence of the Segwit development team for this update. However, it is nearly impossible for a non-programmer to judge the accuracy of statements made by either party.

Besides technical factors, the emergence of political factors further complicates matters. Most of Segwit's builders and developers are employees of a company called Blockstream, which specializes in researching Sidechain-related solutions.

Some community members suggested that there was a conflict of interest here as developers may have been asked to thwart efforts to increase block size, thereby increasing demand. for sidechain solutions such as the Lightning Network. However, there is still no concrete evidence to show that, but most users still choose to believe this theory and proceed against SegWit.

The main ideological argument against the Segwit update is that Segwit cannot solve the problem of scalability while at the same time maintaining the degree of decentralization of the Bitcoin network. As mentioned above, SegWit can only solve Bitcoin's long-term problems related to transaction efficiency through adding second layers of solutions like the Sidechain Lightning Network.

The trouble many people see here is how these sidechains work. To reduce dependency and the already congested blockchain system, sidechains move virtual currencies to a second tier. Here, every transaction will be processed by a 3rd party, instead of having to go around the network, thereby saving a lot of time and effort.

But this “point of concentration” is exactly what Bitcoin was trying to remove from its monetary system in the first place. This is unacceptable to many users, no matter how influential the third party is in solutions like the Lightning Network.

Who will support SegWit next?

A large number of businesses and individuals have expressed their support for the SegWit project, including companies that use software compatible with it.

According to reputable sources, there are currently around 100 companies considered promising in the crypto industry that are known to be planning, researching to test adoption or have signaled to activate SegWit.

In addition, many well-known individuals in the Bitcoin community have clearly expressed their support for SegWit on twiiter or other social networking sites. Highlights include Charlie Lee (Litecoin Author), Andreas Antonopoulos (MC of the program “Let's talk Bitcoin”) or Samson Mow (Strategy Director of Blockstream), ..

But the key factor here is still the miners. At the time of writing this article, over 33.8% of the worldwide miners in the Bitcoin community are gesturing in favor of enabling SegWit.