What is XRP? What is Ripple? Complete set of in-depth knowledge 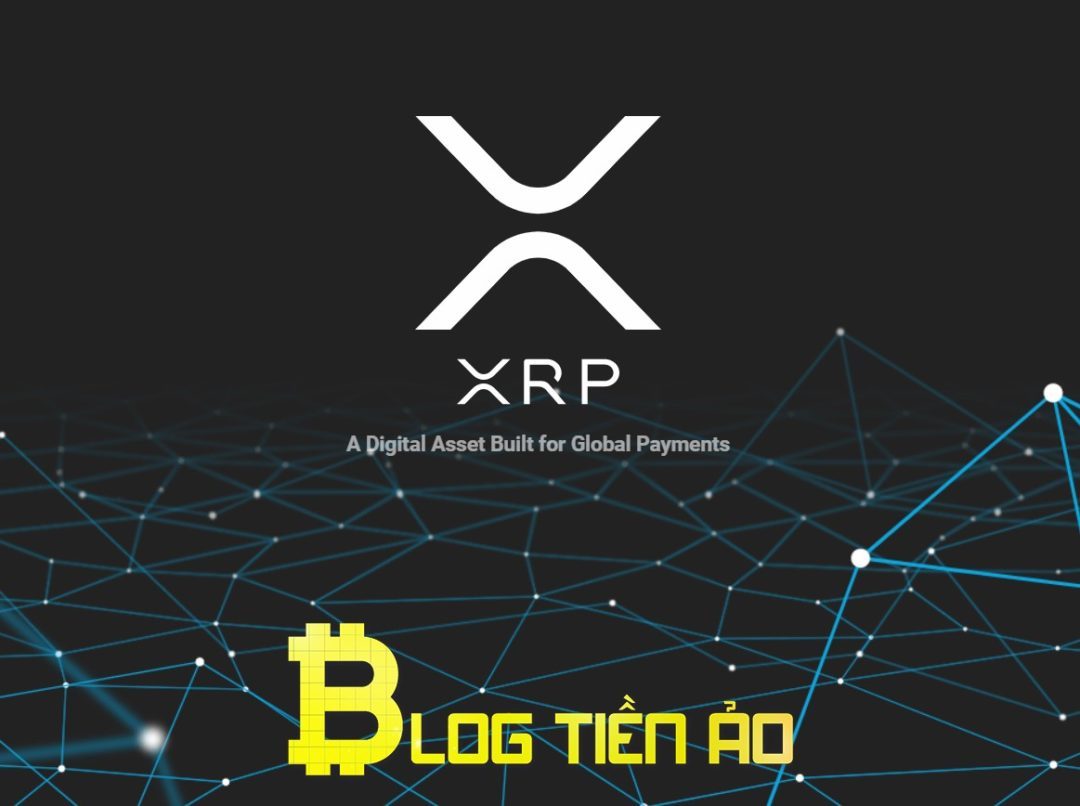 Perhaps before reading this article, you already know a little about the third largest cryptocurrency on CoinMarketCap – XRP. But with the following article, Blogtienao will dig deeper into all aspects of XRP and Ripple.

Besides, we will point out some misconceptions that almost everyone makes when thinking about this coin. Let's Blogtienao find out!

Ripple is the name of a company and also a real-time payment system, network of exchange and remittance.

Ripple was first conceived in 2004 by Ryan Fugger, who developed the first prototype of Ripple as a decentralized digital currency system (RipplePay).

This system came into operation in 2005 with the goal of providing secure payment solutions in a global network.

In 2012, Fugger handed the project over to Jed McCaleb and Chris Larsen, and together they founded the US-based technology company OpenCoin.

From that point on, Ripple started to be built as a protocol focused on payment solutions for banks and financial institutions. In 2013, OpenCoin changed its name to Ripple Labs; and in 2015, the company officially took the name Ripple.

Ripple network was born in 2012 with the aim of helping people to use the services of financial institutions, banks, Paypal... with an extremely low cost but faster processing speed.

Everyone can watch the video now below for a more dynamic view. You can turn on Vietnamese subtitles if you can't hear English.

XRP or the Ripple protocol was built and developed by the company OpenCoin, of which Chris Larsen is the CEO and the CTO is Jed McCaleb.

In addition, the team also attracts many other talents in the industry who are extremely knowledgeable about cryptocurrencies as well as blockchain.

Is XRP a competitor to Bitcoin?

Surely when learning about XRP, many people will wonder if XRP will become a competitor to Bitcoin Are not? The answer here is “no”. Because these two coins operate in two completely different ways.

XRP is designed for seamless, fast money transfers no matter which country's currency: USD, British Pound, Euro or even Bitcoin…

Bitcoin is designed to be a means of payment; towards becoming a global currency.

Difference Between XRP and Bitcoin

Application of XRP in the real world

As mentioned in the above section, XRP's goal is to become the world's payment system, helping to solve the problem of bank transfer times.

With this purchase, the future of XRP depends almost entirely on whether banks adopt the Ripple network. Fortunately, this is already happening and more and more major banks around the world are joining this community.

And as the “banking” community expands, the price of XRP is likely to rise as well.

According to network developers under Ripple, there will be around 100 billion XRP issued. Of which half will be held by the company, the other half will be circulated in the market. At time Blogtienao write this post, XRP price is $ 0.2068. The total market capitalization is currently over 9 billion USD.

Is the price of XRP dominated by Bitcoin?

If you wonder if XRP price is dominated by Bitcoin? Then the answer is “Yes”. But this is not complete domination. In fact, if you pay attention to the volatility of the market, you will realize that the price of all cryptocurrencies is affected by the volatility of Bitcoin. And XRP is no exception.

However, the volatility of XRP is also related to many other factors; such as: when the supply is pumped more, the geopolitical situation, hacking, ...

As you know, Ripple company holds the supply of XRP and is the issuer of the coin to the market. In 2019, the Ripple company released millions of XRP each quarter; Specifically:

According to investors, it is Ripple's massive monthly release of XRP that is the main reason for the dismal XRP price throughout 2019. However, the company has repeatedly voiced opposition to this view:

Ripple-related topics such as “dumping XRP”, “Ripple flooding the market” are all from bots on Twitter; up 179% quarter over quarter. These accusations have been the most popular topic in recent months. They caused the company to receive a lot of criticism, while other coins were luckier than us

Investors need to know that we cannot control the price of XRP. The coin is traded on an independent market; including more than 140 exchanges. In that, we play a very limited role.

It seems that the monthly mass release of XRP won't stop as we enter 2020. On January 01, 01, Whale Alert announced that Ripple has unlocked 2020 billion XRP from its custodial wallet.

Should you invest in XRP?

As with any investment decision, there are opportunities and risks involved. The higher the chance, the higher the risk too. Therefore, Blogtienao expects you to research carefully and then make your own decision; and do not listen to “investment advice” from anyone, even if they are experts.

How to own XRP?

Because XRP uses RPCA algorithm, you cannot get XRP through mining like BTC. In addition, Ripple also does not organize events or airdrop events. So you can only own them through buying on reputable exchanges.

Currently, you can buy XRP on almost all cryptocurrency exchanges in Vietnam and internationally. So where are the safe floors?

You can buy XRP at the following reputable international exchanges: Binance, Huobi, OKEx, Bitfinex, Snapex… In which, Binance and Huobi are the two most used exchanges because of their low trading side.

In Vietnam, you can use the following exchanges: Vicuta, Remittan, T-REX, Coinhako... These are the exchanges that support Vietnamese and Vietnamese Dong.

You may not know, Vicuta is an affiliated exchange Blogtienao and has very good transaction fees. In addition, we always provide quick and timely user support.

Watch now: Instructions for registering an account on Vicuta

Given the popularity of XRP today, you have many choices in holding them.

Or another way is to hold directly on the exchange. This way is very convenient for those who often trade. But for holders, this is a rather dangerous and not recommended way of storing

Hold in cold wallets like Trust wallet, Ledger Nano S, Safe deposit, … This is the safest way to store today, suitable for holders

We are expanding the areas where we have offices. Ripple wants to further expand and develop capacity for new teams. We are urgently recruiting more staff and increasing the number of programmers to work directly with partner banks in their countries. Only then can we offer the most optimal solutions for our partners.

Following the newly established office in Luxemburg, the next locations that Ripple is targeting are Frankfurt (Germany) and Singapore and many other destinations.

Mr. Larsen said that once networked devices become more and more popular in the internet era, small cross-border payments will increase simultaneously. Banks will need Ripple to solve their problems.

The CEO of Ripple said that they are starting to implement a plan to help a smaller group of startups in the same field with the aim of going global.

Ripple attracts a series of big banks in the world

In the previous list of Ripple's strategic partners, there were heavy names; such as: Google, IDG Capital Partners, Anderssen or AME Cloud Ventures.

To date, the Ripple network's capital has reached $93 million, which is an impressive number for a startup that was founded in 2012.

According to Coindesk statistics, the amount of money invested in Ripple ranks 4th in the segment of companies providing blockchain and Bitcoin computing services.

According to Fortune magazine, Ripple's value has increased by more than 25% following the announcement of an additional $55 million.

Besides, according to the current number provided by Ripple, there are more than 300 customers using RippleNet.

XRP Ledger (XRPL) is the forerunner of Ripple Consensus Ledger (RCL) which was implemented by Ripple in 2012.

XRPL operates as a distributed economic system. They not only store user's trading information, but also provide trading services for many currency pairs.

XRPL as an open source distributed ledger that allows real-time financial transactions. These transactions are secured and verified by network participants through a consensus mechanism.

However, unlike Bitcoin, the XRP Ledger is not based on the Proof of Work consensus algorithm. Therefore, they do not rely on the mining process to verify transactions.

Instead, the network achieves consensus through the use of a customized consensus algorithm – formerly known as the Ripple Protocol Consensus Algorithm (RPCA).

XRPL is managed by continuous independent validating nodes that reconcile transaction records. Anyone can set up and run a Ripple validator node. Not only that, it is also possible to choose trusted nodes to be validators.

Also, since XRPL is an open source distributed ledger, anyone can contribute to the code. Therefore, XRPL can continue to work even if the company is shut down. 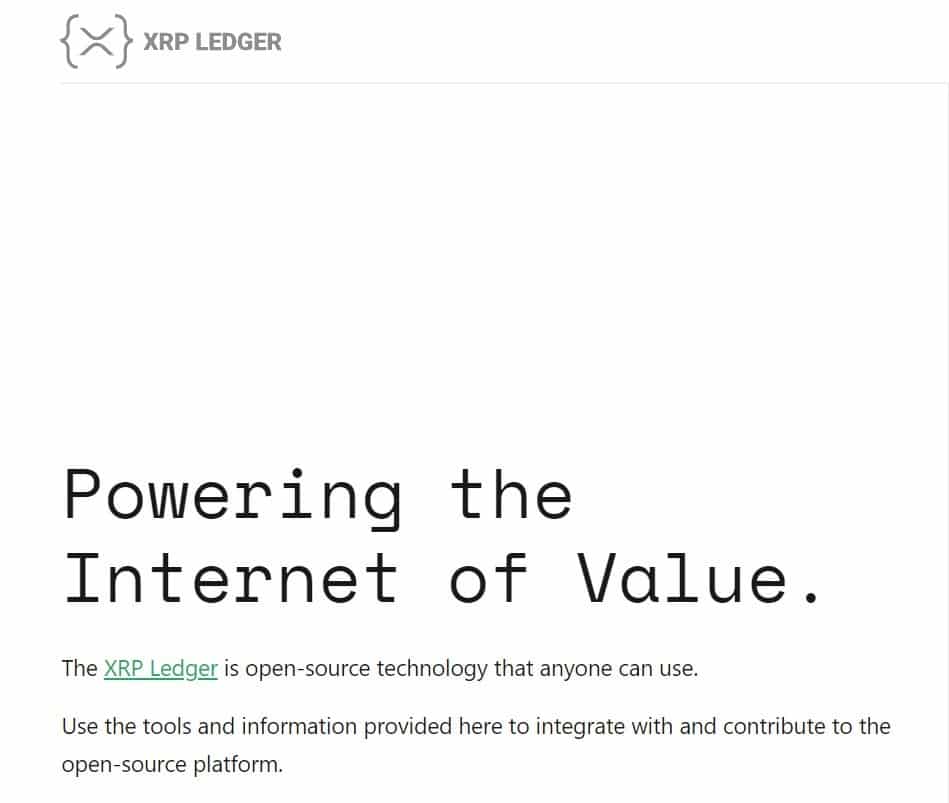 In contrast to XRPL, RippleNet is a proprietary product of the Ripple company. They are built on top of the XRPL platform.

RippleNet currently offers 3 main products: xRapid, xCurrent and xVia. They are designed as a payment solution for banks and financial institutions.

See how RippleNet works in the video below

You want to send 100 USD from Vietnam to your brother in the UK. You transfer money through the financial institution FIN. To execute trades, FIN uses the xRapid solution to create connections between exchanges in both source and destination countries.

This way the company can convert your 100 USD into XRP. It helps to provide the liquidity needed for the final settlement. In just a few seconds, XRP will be converted to British Pounds and your brother can withdraw from the UK exchange.

The four basic components of xCurrent are:

While xCurrent is primarily designed for fiat currencies, it also supports cryptocurrency transactions.

Hopefully with this article, you have had a clearer view of XRP and Ripple coins. Blogtienao Thank you for reading and good luck with your investment.