What is Bitcoin Cash (BCH)? Where is the Stored Wallet? Should I invest in BCH? 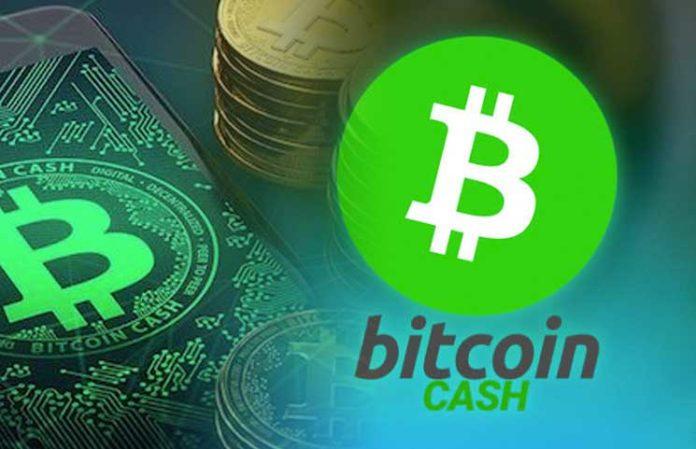 What is Bitcoin Cash (BCH)?

According to the Bitcoin Cash Whitepaper, BCH is a peer-to-peer (P2P) cryptocurrency for the Internet and is completely decentralized. They operate without going through any intermediary financial institutions.

In fact, the definition of Bitcoin Cash is exactly the same as Bitcoin

The reason why BCH coin was born

When it comes to this, we need to take a little look back at Bitcoin. After nearly 8 years since its launch, Bitcoin has appeared a number of issues that cause controversy in the community, especially about block size.

Specifically, Bitcoin's block size is limited to 1 MB. This causes significant delays in transaction processing times and limits the number of transactions the network can process.

After a long smoldering conflict, a group of people in the community, led by Roger Ver and Jihan Wu, decided to hard fork to create a new coin, separate from Bitcoin – which they consider to have been. not keeping up with the times”.

This helps the network process more transactions, opening the way to later compete with financial giants like PayPal and Visa.

Some outstanding features of BCH ONLY

The Bitcoin Cash platform has some minor changes. However, these changes will be stepping stones for the race to Bitcoin later.

The answer is yes". However, this only happened around the time of the launch of Bitcoin Cash. Why is that so?

At the end of 2017, Bitcoin users had to pay an average of 28 USD in fees when moving Bitcoin. Around the same time, Bitcoin Cash fees and user fees were 99.56% lower than for an equivalent transaction on the Bitcoin network.

But in 2018, things turned very different when there were hundreds of millions of dollars worth of transactions with fees of less than 1 cent.

Some issues surrounding the Bitcoin Cash network to ponder

Is BCH really decentralized when the mining system is centralized? 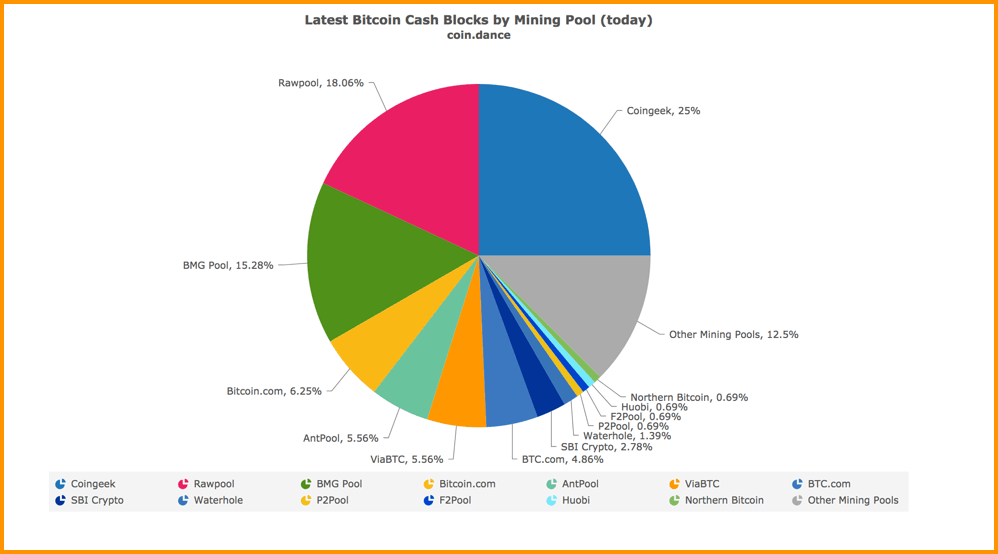 As shown above, you can see that if you combine the hash power of Antpool, ViaBTC and BTC.com, it will be more than 50%.

This can be detrimental to any coin. Because it only takes three parties to decide to mine together, a 51% attack will take place.

Any hard fork or upgrade in currency protocols needs to be polled. But the hard fork of Bitcoin Cash did not.

The introduction of some upgrade/fork makes BCH more competitive with Bitcoin and prevents it from being abused by miners in the event of a decrease or increase in difficulty.

However, they need to be consulted in the community and the BCH development team is almost non-existent. Because in reality, everything is up to three individuals to decide. These are: Roger Ver, Jihan Wu and Deadal Nix.

The total number of “full nodes” is much less than Bitcoin

Bitcoin has about 10,000 full node is working, this is the most important factor that makes Bitcoin a decentralized cryptocurrency.

Because if a hacker wants to do a 51% attack on the Bitcoin network, they need to take control of more than 50% of the 10.000 nodes running globally.

Meanwhile, Bitcoin Cash has only about 1,200 full nodes – according to Coin.Dance

Perhaps any of you have heard of the names above. You may not know what Bitcoin ABC is, but you probably know Bitcoin SV.

And just like that, in a heated controversy that lasted for several months, Bitcoin Cash insiders decided to go for a hard fork in November 11.

As a result, BitcoinCash has split into two camps: One is in favor of the old direction called Bitcoin Cash ABC and the other is Bitcoin Vision (BSV).

And Bitcoin SV (BSV) is no longer Bitcoin Cash. If you send BCH to your BSV wallet, it will definitely go missing, so be careful.

There are too many things to say about the value of Bitcoin Cash, only released for less than 1 day, but it has been in the top 3 most valuable virtual currencies on Coinmarketcap.

If you are interested and want to invest in BCH, you should monitor exchange rate fluctuations. Virtual currency exchange rate table of more than 1500 coins This real-time update will help you with that.

BCH is currently supported at most crypto wallets. On our Blogtienao, there are also many introductory articles on this issue, you can read in the section Cryptocurrency Wallet.

Personally, I am also a cryptocurrency investor. With 2 years of experience, I recommend you to use the following wallets:

Or you can refer to the list of the best wallets voted by investors below. Depending on your goals and preferences, you can choose the right type for you

In addition, if you have a need to trade BCH often, you should keep a sufficient amount on the exchange for convenient trading.

Where to buy, sell and trade BCH?

Currently, there are many exchanges that list BCH and allow buying and selling of this coin. Notable examples include: Binance, Bittrex, Huobi, Kucoin, Bitfinex… and nearly 20 more floors you can see here ok

The trading volume of BCH coin after nearly 3 days of launch has reached 468,142,000 USD equivalent to 170,429 BTC, which is a huge number (according to statistics from Coinmarketcap).

Besides, you can also buy BCH easily with Vietnam Dong on reputable domestic exchanges. Typically as Vicuta, Coinhako, Remittan,…

If you want to choose a large international exchange, I recommend using Binance. Because of the fast account verification and transaction times, the transaction fees are low.

Should you invest in BCH?

The investment sector is a potentially risky field, especially with the cryptocurrency market. Therefore, whether to invest or not can only be decided by yourself.

Therefore, I urge you to take the time to research the fluctuations in price, the happenings around the Bitcoin Cash community, etc. to make a decision.

Thus, Blogtienao has brought you the necessary information to answer your questions.

Hope you liked this article, if you need any information or have any questions, just message me on Fanpage. Good luck with your investment!