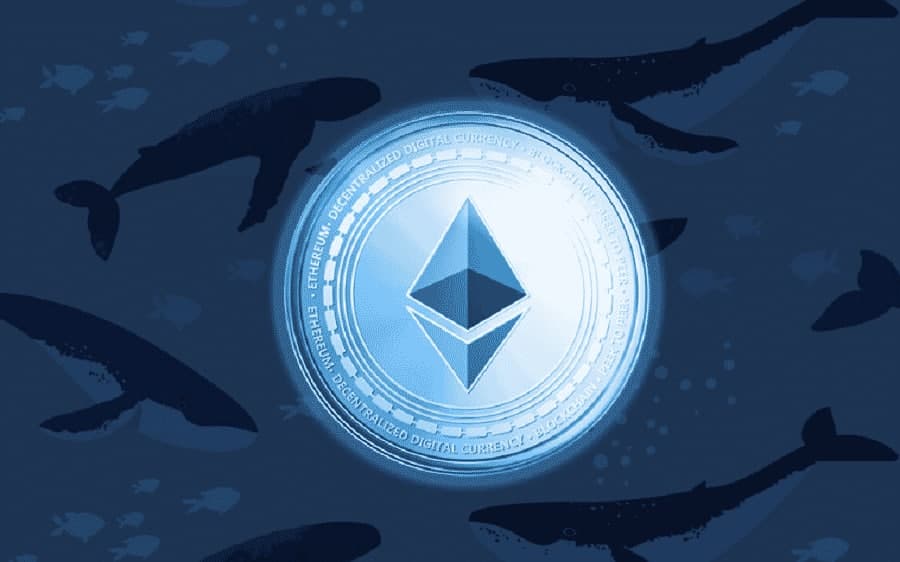 After falling to a low of $ 1.300 last Sunday, the world's second-largest cryptocurrency Ethereum has been steadily consolidating around $ 1.500 over the past 48 hours. However, it seems that whales are "ripping off" the most ETH in the recent correction.

According to online data provider Santiment, the top 10 Ethereum addresses are holding the most assets for nearly five years. The data provider reported that since Monday, March 5, these addresses have added 1 million ETH tokens, bringing their total holdings to nearly 3 million.

🐳📈 #Ethereum's top 10 non-exchange whale addresses are now holding the most combined supply of $ ETH tokens (16.86M) since July, 2016. on March 1, a single-day addition of 1.03M tokens was added among these addresses, the highest one-day jump in 6 weeks! https://t.co/1ugu7dsxc0 pic.twitter.com/JnJgbykWgT

The Ethereum whale has been going strong since the beginning of the year. Besides, a lot of ETH has been moved out of exchanges with institutional accumulation. In addition, the amount of ETH used to stake ETH 2.0 has increased to over 3.3 million ETH.

Proceed to submit a preliminary report on the Ethereum ETF

Canada-based Evolve Funds, which filed a Bitcoin ETF license and launched it last month, is now taking a step further with the Ethereum ETF. The financial giant has submitted a preliminary prospectus with Canadian securities regulators to Evolve Ether ETF (ETHR). Raj Lala, President and CEO at Evolve said:

As a leader in disruptive innovation, we aim to provide Canadian investors with access to another leading cryptocurrency through the ETF structure. Cryptocurrencies are fundamentally transforming digital finance, and Evolve is quickly becoming the leading backer of investments in the space. Ethereum is a digital asset that is not issued by any government, bank or central institution and is intended to complement rather than compete with Bitcoin.