Notable numbers at the end of the year 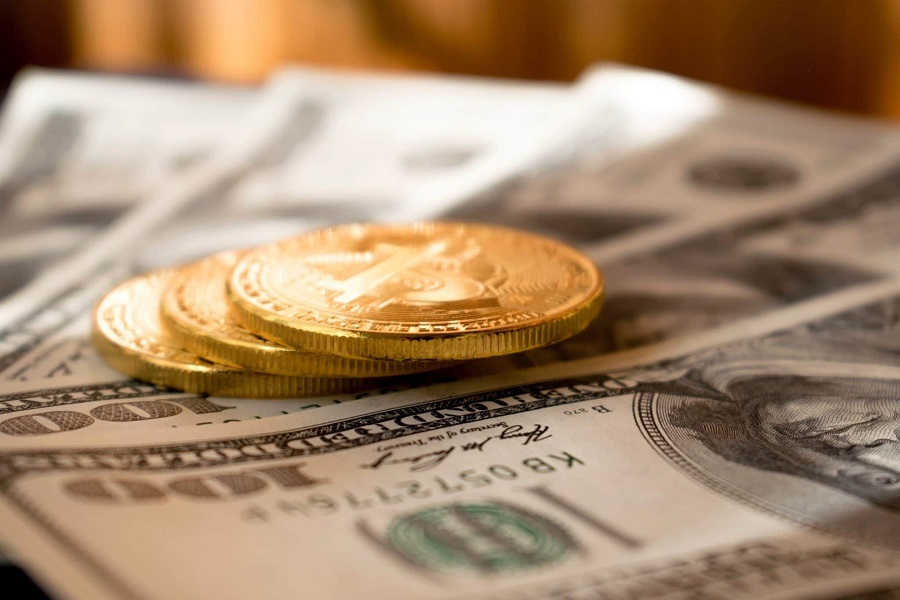 Let's take a look at the remarkable numbers in December with BTA.

The trading volume of centralized exchanges peaked in December

The chart below shows the spot trading volumes of the 20 largest crypto exchanges. Of the approximately $ 379,3 billion, Binance lead accounted for about 219,5 billion USD, while Coinbase about 45,7 billion USD. 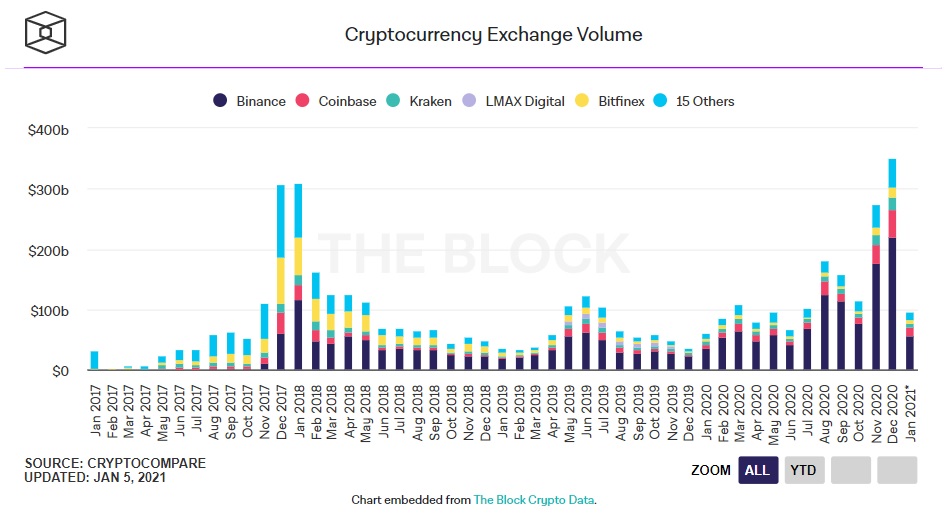 The total volume of 2020 across crypto exchanges has already exceeded $ 1 trillion, reaching around $ 1,82 trillion over a 12-month period.

Decentralized exchanges had the second highest monthly volume during December 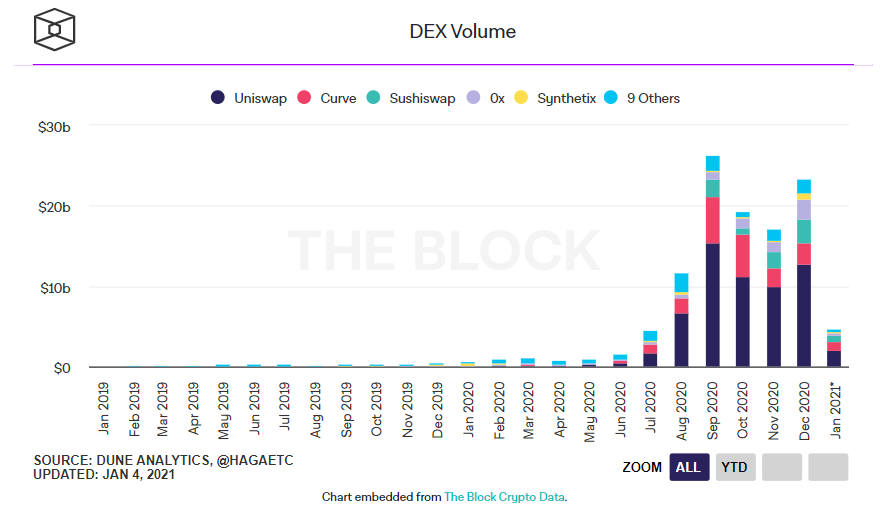 The total trading volume of decentralized exchanges in December was 12 billion USD - corresponding to an increase of 23,3% compared to November.

Uniswap accounting for the highest proportion with 54,9%, followed by Sushiswap (13,2%) and Curve (10,8%). December was the first time SushiSwap surpassed Curve in monthly volume.

September 9 had the highest DEX volume on record, reaching $ 2020 billion.

Bitcoin miners brought in nearly $ 700 million in revenue in December.

Specifically, according to The Block, there were $ 692,32 million in revenue recorded in December, and $ 12 million in transaction fees. 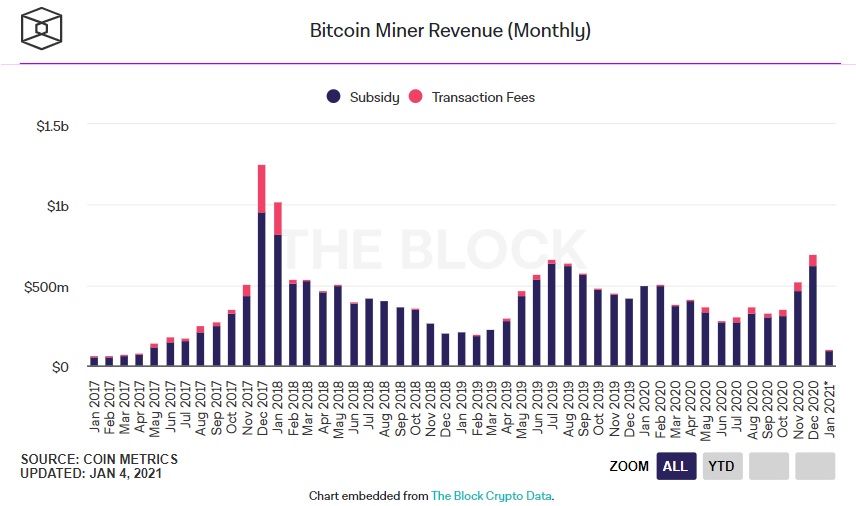 The revenue for December 12 was the highest year-round, just below December 2020 and January 12 (when BTC miners generated over $ 2017 billion in revenue).