Banksy's artwork has been digitized into NFT 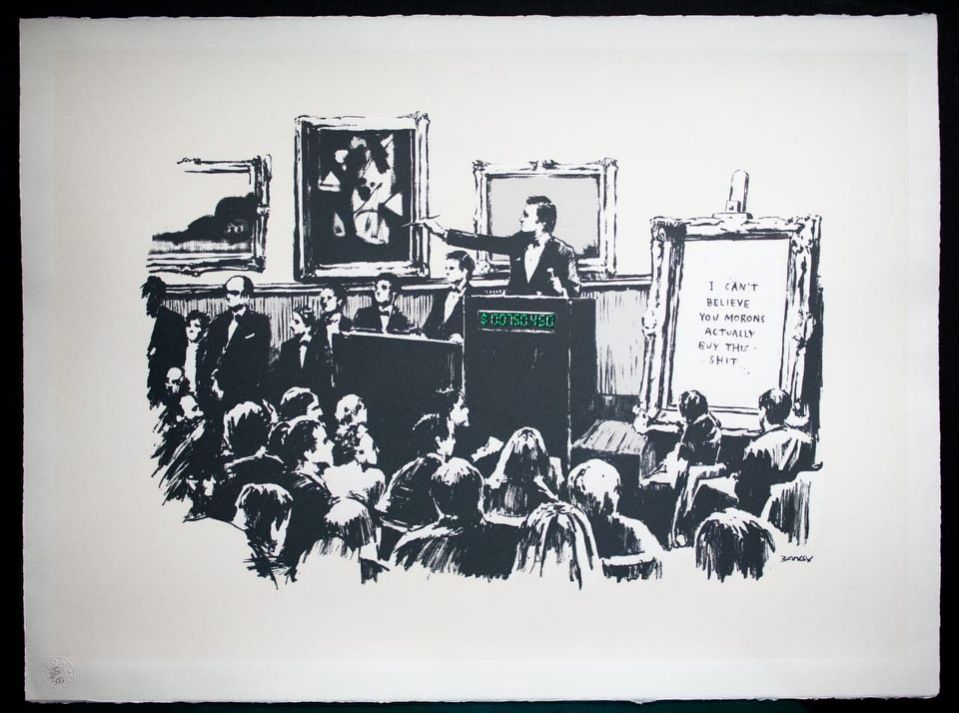 A work by popular street artist Banksy will go on sale as NFT after the original has been burned in Brooklyn - NY on Wednesday.

Can be said, this is the first time when NFT Entering into the orthodox awareness of artistic lightness.

"Morons" was burned by a group of crypto enthusiasts in an unobtrusive location in Brooklyn. This event was live streamed via Twitter account @BurntBanksyThe team then created an NFT to represent artwork on the Ethereum-based OpenSea marketplace.

An unnamed source told CoinDesk that the work was acquired for about $ 100.000.

Reportedly, an auction for the NFT will start on OpenSea on March 4 with the proceeds from the sale going to charity. Successful contestants will receive official confirmation from Banksy's authority, Pest Control.

Banksy had also destroyed his own artwork in the past, chopping up his "Girl With Balloon" paintings right after they were sold for $ 1.4 million at Sotheby's.

I think [Banksy] will appreciate what we're doing because he's also promoting creativity and iconic ideas - The team behind the burning told CoinDesk in a statement.