Home NEWS NEWS BITCOIN The number of bitcoins on exchanges is starting to drop ...
NEWSNEWS BITCOIN

The amount of Bitcoin on exchanges is starting to drop again

The total amount of Bitcoin on exchanges is starting to decrease, showing that Bitcoiners are accumulating again.

The amount of Bitcoin held on exchanges can tell us a lot about the current state of the Bitcoin market, as well as give us insights into what Bitcoin investors are thinking. .

If Bitcoin is moved out of exchanges, it implies that investors are accumulating their assets over the long term instead of looking to trade for short-term profits. 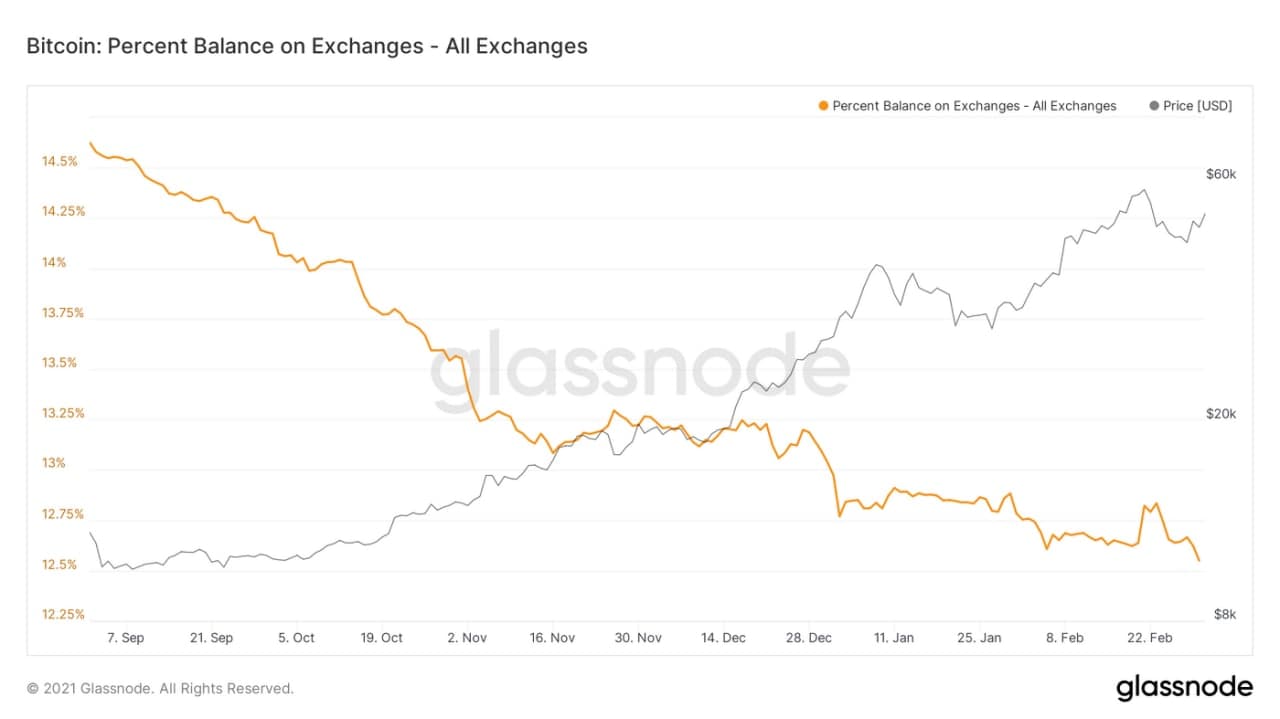 The data clearly shows an asset in high demand and one that appears to be trusted by traders, which further implies that the resale of newly purchased Bitcoins will not take place in the short term - according to analyst Jason Deane.

Between February 23 and March 2, the amount of BTC on exchanges dropped 2 percent. This corresponds to 3 Bitcoins (~ $ 2 billion) removed from exchanges and continues to prolong its downtrend for a year as more Bitcoins continue to be sucked from exchanges to hold in the long term.

There are currently 2.3 million Bitcoins left on exchanges, the lowest level since July 7, when Bitcoin was worth around $ 2018.

Bitcoin's continued exit from exchanges seems to suggest that 'buy and hold' is now a common sentiment among investors, Deane added.