Pledgecamp is the next generation crowdfunding platform using Blockchain technology. At the height of its ICO in 2018, PledgeCamp became a prominent topic when Founder Facebook's sister Mark Zuckerberg, Randy Zuckerberg, joined the project as an advisor. Let's learn about Pledgecamp and the prospects that Pledgecamp has been and will be developing to help Pledgecamp enter the Asia-Pacific market. 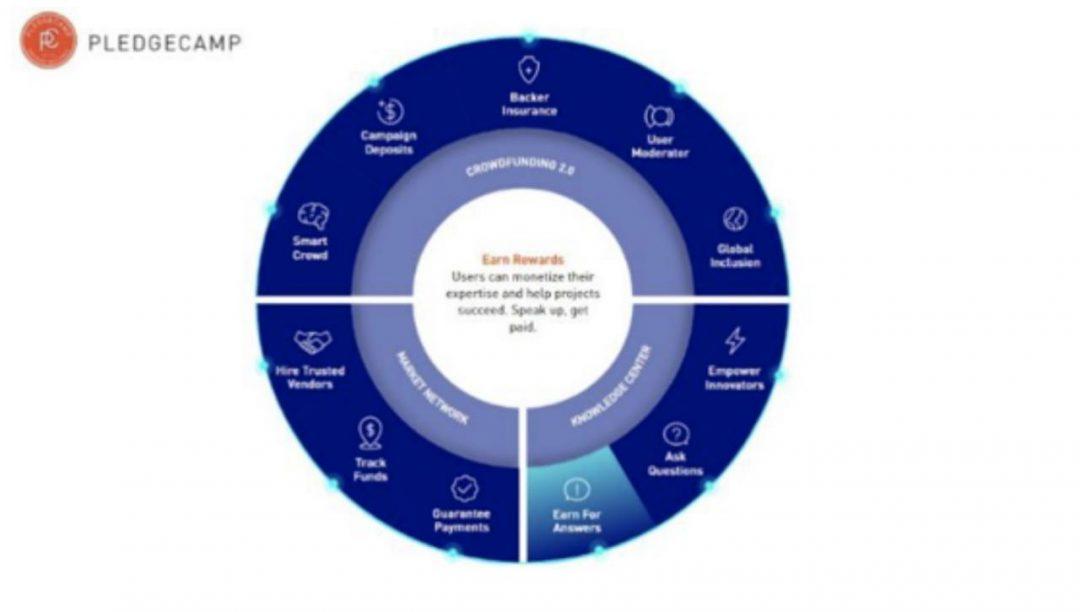 The latest generation of crowdfunding platform

United States, Kick-starter is currently the No. 1 capital raising platform, although it was later established Indiegogo , and GoFundme. With more than 80% of unicorn companies in China starting out as startups, there are many startups in the United States that are shaped with the 4.0 revolution. This has created so many young startups, so the crowdfunding platform was formed to support those companies.

In particular, Kick-starter is a centralized platform that investors must be citizens from the 22 countries they sign, and investors must have large credits or guaranteed conditions. Certain contributions can contribute. In contrast, PledgeCamp is open to everyone in the world by establishing a special insurance mechanism called Backer - Insurance, we have added safeguards between sponsors and fundraisers. to ensure safety. 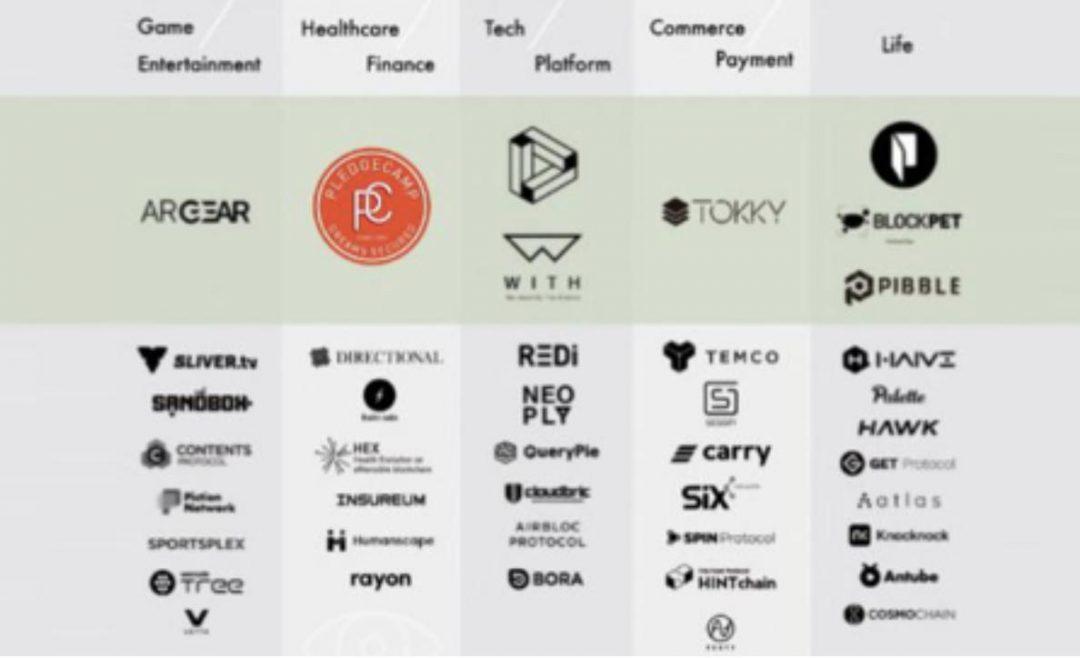 Recently, PledgeCamp has been selected to become the main financial partner of Klaytn (Kakao), which is expected to become the first combination to bring Blockchain technology to life. PledgeCamp is named as Initial Service Partner (ISP - Klaytn) of Klaytn, officially launched at the same time with Klaytn. Through Klaytn, PledgeCamp is expected to be connected to Kakao Talk, which will prove to the world that PledgeCamp will help everyone join the Klaytn platform to raise funds easily, thereby creating a generation. healthy ergonomics.

Some partners of CMU Fund

PledgeCamp is a hot ICO project and has attracted the participation of 15 venture capital funds before the ICO period. ICOs, which are usually very early invested projects and rarely add development information in the next stages after project launch, but PledgeCamp has been able to cooperate with CMU investment fund in Beijing, which runs a $ 20 billion capital source. Through a partnership with CMU Fund, the company aims to become the number one source of community fundraising platform in China, one of the most active startup markets in the world, and PledgeCamp will grow. into a platform to search and fund unicorns via the Fleet platform.

PledgeCamp is listed on Binance Dex 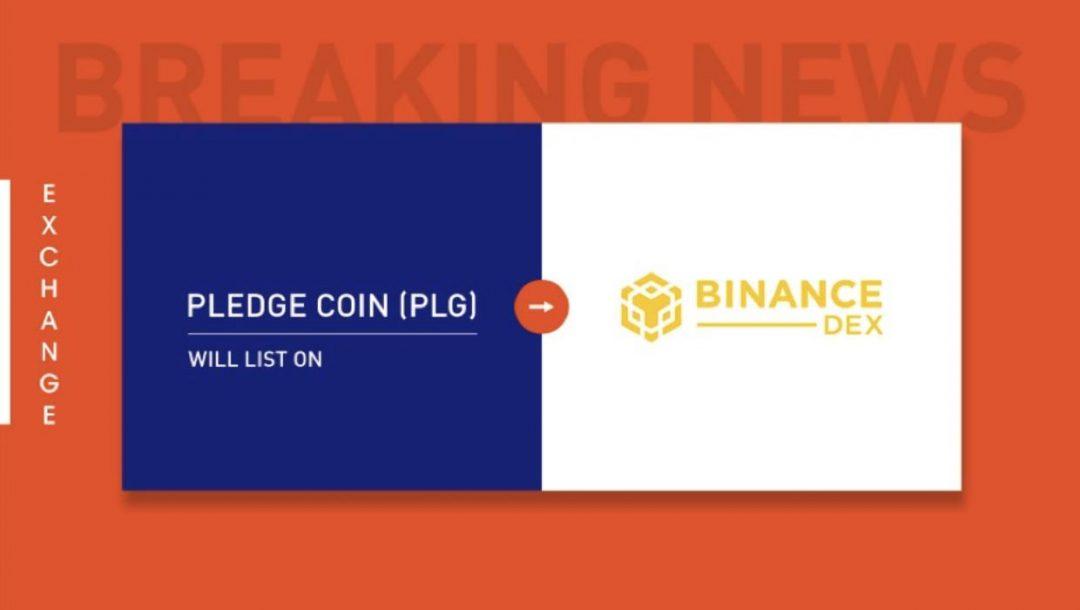 In addition, PledgeCamp has become the first token to be listed on Binance DEX - the world's largest decentralized exchange. At Binance DEX, they usually select only the top projects each month and list them on the floor. Through a partnership with Binance DEX and Klaytn, PledgeCamp announced its desire to penetrate the Asia-Pacific market.

Joining the AMA will be taking place at 9pm on August 19
At Telegram group t.me/pledgecamp_SEA
During the AMA, there will be Airdrops for active participants. Join us to get PLG tokens! 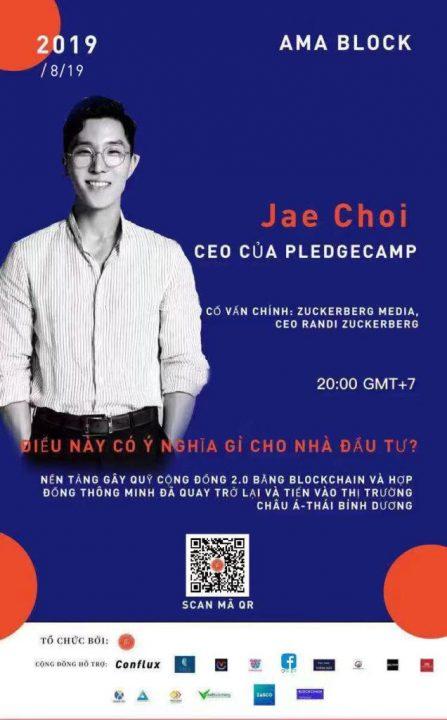 Virtual Money Bloghttps://blogtienao.com/
Hi, I am Hen Vai, Founder of Blogtienao (BTA), I am very passionate about being a community, so I have just been born with blogtienao since 2017, I hope the knowledge on BTA will help you.
- Advertisment -