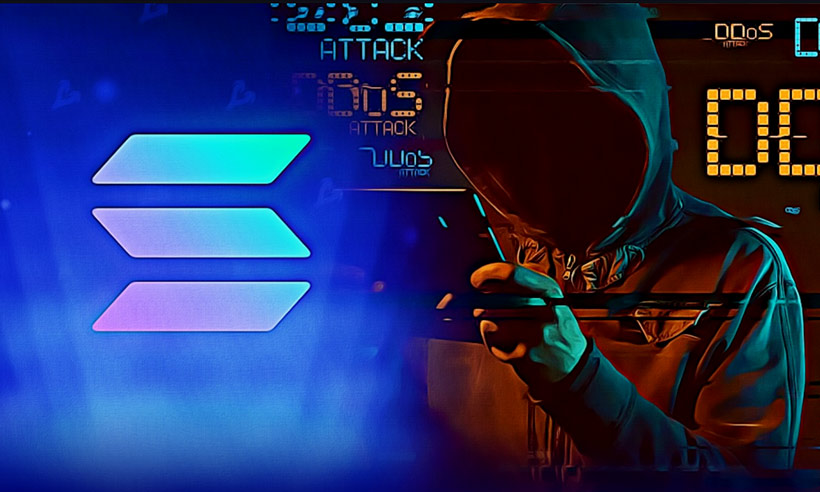 The Solana network suffered a fourth outage within a few months. Two of the four incidents happened this week.

Blockchain Solana has faced a second network performance drop this week. According to Solana, this is due to an increase in highly computational transactions.

As a result, the network capacity, which was originally advertised to handle up to 50.000 transactions per second (TPS), was reduced to several thousand TPS. Solana points out this is why transactions made by users are reported as unsuccessful and adds that developers have worked on fixing the problem.

The latest network outage comes just days after a similar incident on Tuesday. At the time, many speculated the network was facing a distributed denial of service (DDoS) attack, but Solana co-founder Anatoly Yakovenko denied this.

In the midst of recent events, Cyber ​​Capital's Chief Investment Officer, Justin Bons, expressed his disapproval of Solana's claims and posted a series of tweets listing his reasons for disapproving of the project. judgment.

According to Bons, Solana is “constantly displaying a pattern of bad behavior” and is “prioritizing attracting uninformed investors over focusing on designing a good blockchain.”

Bons also criticized the security of the network, mentioning that DDoS attacks were not the only concern. He said that DDoS can be combined with a 51% attack. With this, he claims attackers can "temporarily gain proportional control over the network by attacking other stakeholders".

Yakovenko denied this and said that “it is not possible to DDoS a private key.”

According to Whale Alert, over the past 10 hours, popular crypto exchanges have moved around 150 million XRP. In...

Mike Tyson all in on Solana, wondering how high Sol's price can go?

Bank of America: Solana Could Be the 'Visa of Cryptocurrency'