Elon Musk admits that Bitcoin and ETH prices are high, will he tweet to pull the price down? 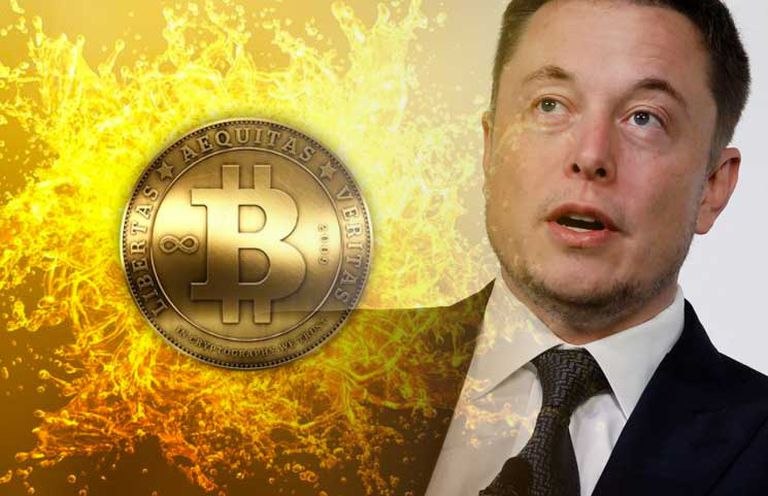 Tesla CEO again gained attention in the crypto community when responding to Peter Schiff's comments on current BTC and ETH.

"Gold tycoon" Peter Schiff - a well-known financial analyst and chief executive officer of Euro Pacific Capital, tweeted: "Elon Musk considers Bitcoin almost like fiat money, I agree. , but I think Bitcoin is 'digital fiat', more than the Central Bank's currency issued. Gold is different, gold is better than both of these (BTC and Fiat) ”.

Responding to above comment by Peter Schiff, CEO of Tesla replied, “Before, you said in your email that you own gold just like you don't, you used to own cryptocurrency. Fiat is just a means of exchanging goods. Bitcoin is like that, also convertible, but it can also solve many other problems, such as latency ... and the system will be developed more and more. 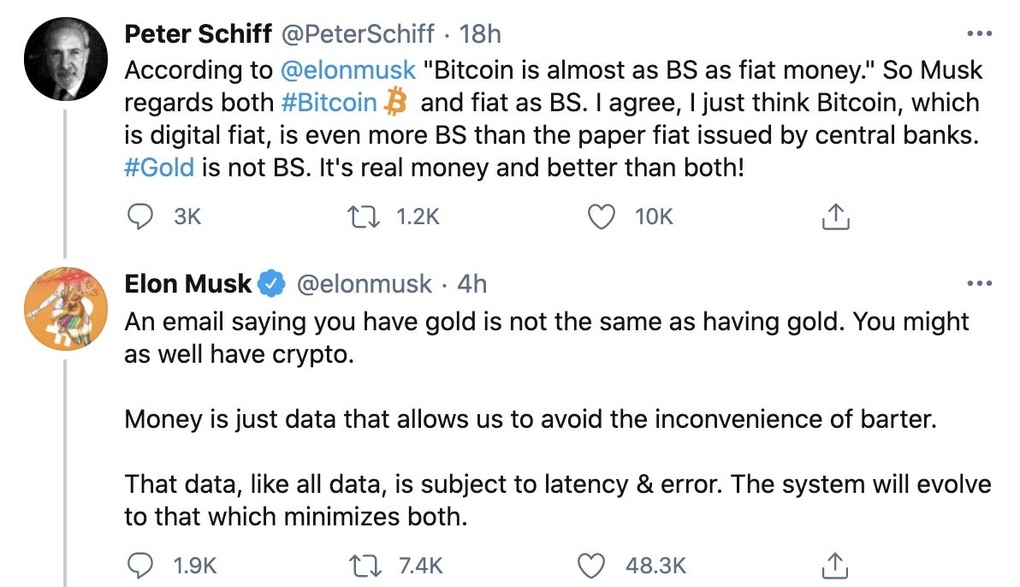 And just a moment later, Musk Continued tweeting that "BTC and ETH prices are looking high".

The tweet then immediately caught the attention of crypto investors. Because Musk has previously said that "Tesla's market cap is too high", and after just one tweet, Tesla's capitalization 'evaporated' to $ 15 billion.

Many people are doubting that Musk is trying to correct the price of BTC and ETH or not, and if in the next few days he will tweet 'drowning' to let the prices of these two coins fall? ... there are many questions. is being laid out.

Many crypto investors on twitter are concerned that Musk might soon "do something" to pull the price of BTC and ETH down ... just like he pulled Tesla's capitalization.

Crypto trader Matt Jr said: “It's like Musk is manipulating this market. Now the price of BTC or some other currency goes up or down depending on his mood, the market is risky, I think I'll stand out in the near future.