Due to the special nature of investment and storage (all related to the Internet, computers, ...) while the infrastructure is weak, Bitcoin in particular and cryptocurrencies in general have become the target " take special care ”of hackers from the very first day of launch until now. Talking about this point, we cannot help but mention the legendary "floor collapses". 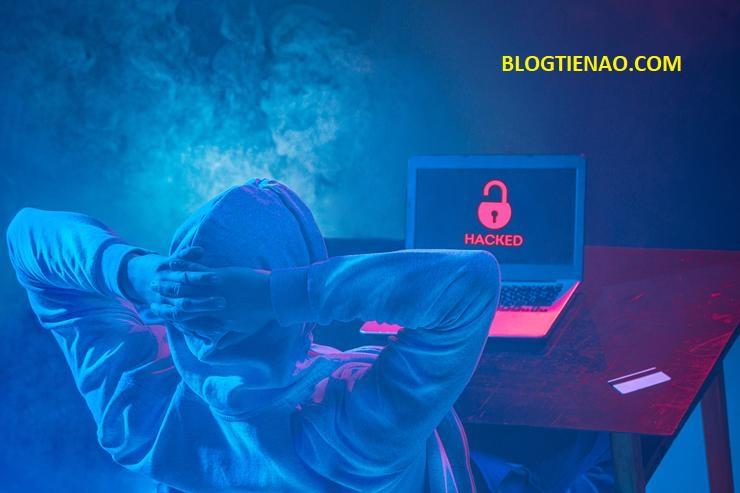 Hackers have exploited a vulnerability in Linode's hosting service to steal at least 46.703 BTC from some users. Of these, about 43.000 BTC belong to Bitcoinica - an early Bitcoin exchange.

But that attack was not enough to bring down the exchange, and Bitcoincia promised that they would fully refund the lost user funds. However, in May of that year, the exchange was hacked again and this was a killer blow because another 5 BTC "evaporated". The exchange's main website had to be closed and the exchange promised to refund 18.000% of the lost amount to the client.

Shortly thereafter, BitFloor became the next victim when a hacker successfully accessed an unencrypted backup of wallet keys and left with 24.000 BTC.

The exchange continues to operate after that in the hope of repaying old customers. Bitfloor's efforts, however, failed to bear fruit, forcing the company to close in April 4.

Picostocks is one of the world's first combined stock exchanges for Bitcoin. At that time, Picostocks emerged as a bright star but the light gradually faded after it suffered an attack in late November 11 causing 2013 BTC to disappear.

The company announced the attack on Reddit and confirmed that the exchange would be offline for a week. However, impressively, it survived the nearly $ 6 million (at the time) attack and is still in operation today.

If we talk about historical attacks, it is impossible not to mention Mt. Gox - "tycoon" in the world of crypto exchanges in the period of 2014. The fall of Mt. Gox is considered the biggest crisis in Bitcoin financial history (but in 2018 it was "usurped" by Coincheck). This floor was established in 2010 by the French CEO, the head office is located in Japan.

In early 2014, Mt. Gox announced that 850.000 BTC had disappeared, possibly due to a hacker attack. At that time, the stolen amount was equivalent to 450 million USD, but at the current exchange rate, it is about 3 billion 400 million USD.

In July, the US law enforcement agency announced that the suspect had been arrested. A Russian man named Alexander Vinnik - owner and operator of Bitcoin exchange BTC-e - allegedly attacked Mt. Gox and "money laundering" through its own exchange.

MT. Gox went bankrupt, but it didn't drop the price of Bitcoin. On the contrary, this currency appreciates, helping the exchange to repay customers. Assets and liabilities of Mt. Gox was "frozen" according to the yen, while the remaining Bitcoin of this exchange soared from $ 400 to over $ 4.000 today.

Creditors of Mt. Gox had expected his debt to be paid in Bitcoin, but Japanese law did not allow it, so customers would only receive the same amount of Bitcoin as of 2014.

And recently, on March 15, the former CEO of Mt. Gox got it 2.5-year sentence of suspended sentence from the Japanese Court after being found guilty of falsifying the company's financial records and manipulating data, there was no evidence to convict corruption.

In early 2015, a fairly well-known exchange, Bitstamp, claimed to have been hacked 19.000 BTC, less than a year after it raised $ 10 million worth of capital in 2014. The above incident did not crash the company. on the contrary, it remains one of the leading Bitcoin exchanges today.

In August 8, Bitcoin exchange Bitfinex announced that hackers took Bitcoin worth approximately $ 2016 million (based on current values). It is worth mentioning that users never receive compensation for the Bitcoin they lose. Instead, the exchange paid BFX tokens to cover their losses and promised to buy them back at a later date.

Although Bitfinex has now become one of the leading exchanges, in the past year, this exchange has repeatedly suffered many rumors of "bankruptcy", "banking problems" along with accusations. counterfeiting Tether volume on CoinMarketCap.

BitConnect is one of the events that can not be ignored due to the deceptive nature and the influence is too great; Besides, there are about 50.000 Vietnamese participating in this pozi model.

BitConnect is a technology-based financial model that acts as a profitable cryptocurrency lending platform provided by a company called Bitconnect LTD and owns its own currency, ranked 25th on the chart and has market capitalization is over 2 billion USD. In particular, they will lend money to others and receive high interest rates (from 30-40% per month) in a fixed time. The profit when investing in the project is also quite high, because the current bank interest rate is only 7-8% a year.

Realizing the anomaly from this form of investment, leading researchers in the world spoke up, one of which was Vitalik Buterin - the founder of Ethereum said: "Any form of financial mobilization has Interest rates higher than 1% a day are all Ponzi scams. And the heavy consequences happened just a short time later that made the investors really panic.

On January 4, BitConnect unexpectedly received an emergency ceasefire along with a statement that BitConnect is engaged in fraudulent and fraudulent investment deals, issued by the Texas Securities and Exchange Commission. BitConnect's website then continuously reported to maintain and upgrade the system, before posting the notice of cessation of e-money lending on January 1, combined with the "no braking" decline of the coin. Investors are extremely confused.

In September 9, the TradeSatoshi - the last exchange to list BCC - decided to remove this coin from the exchange, and this is the end of BitConnect.

However, more than a year after the incident occurred, the BitConnect case has not made much progress other than a number of characters have been arrested in India and the United States. Recently, on February 1, 20, the FBI homepage launched notification:

The FBI is looking for potential victims who have invested in Bitconnect cryptocurrency (BCC), which was first released through an ICO organized by Bitconnect in November 11.

The investigating agency urges those who have invested in BCC to complete a brief questionnaire at https://www.fbi.gov/resource/victim-service/seeking-victim-inif/seeking-victims-in-bitconnect-investinating.

Your feedback is voluntary and will be helpful to the agency in assessing this issue and to identify you as a BCC investor / potential victim. Based on the feedback provided, you may be contacted by the FBI and asked for more information.

According to the report, Bitconnect is responsible for the fraud of more than $ 5 million in cryptocurrencies from investors making it not only the biggest scam in the history of cryptocurrencies but also a ponzi model. Remarkable pyramids in modern history.

1/2018: Coincheck exchange and 530 million USD - The biggest attack in history

It can be said that January 1 was one of the darkest months for the cryptocurrency market before the BitConnect case had not finished, there was more news that hackers stole a number of cryptocurrencies up to 2018. million from Coincheck (surpassed the Mt. Gox attack in 530).

While Mt. Gox soon filed for bankruptcy after the attack, when Coincheck unexpectedly maintained its business. By April 4, Monex - the third largest online brokerage company in Japan - announced the acquisition of Coincheck and will change the way of management, apparently this is a move to reassure users.

In October 10, Coincheck announced it was reopening its new user registration service and said it had received approval as an exchange licensed by the Japanese Financial Services Agency (FSA).

This is a quite special attack because it comes from a cold wallet. Typically, hackers will attack hot wallets stored directly on the exchange or take advantage of security holes to illegally access users' wallets. However, in the Trade.io case, the stolen cryptocurrency was stored in a cold wallet, in a safe deposit box at a bank in Switzerland.

Cold wallets often involve storing items - in this case digital assets - offline, meaning they're harder to control or steal; therefore, it was unusual for money to disappear this way.

A notice from Trade.io:

This is an extremely bizarre situation, but unfortunately, cold wallet attacks are not unprecedented even under 'T.' security protocols. We use industry-recommended cold wallets and keep them in safe deposit boxes in the bank. We have confirmed that the boxes are safe, untouched.

This means that anyone responsible for the attack has no access to the bank's archive.

Trade.io said that this type of theft did not affect their daily trading activities. Trade.io still works normally up to the present.

See more: Experts say Bitcoin is about to have major fluctuations

Update the exchange rates for the latest digital currencies here.