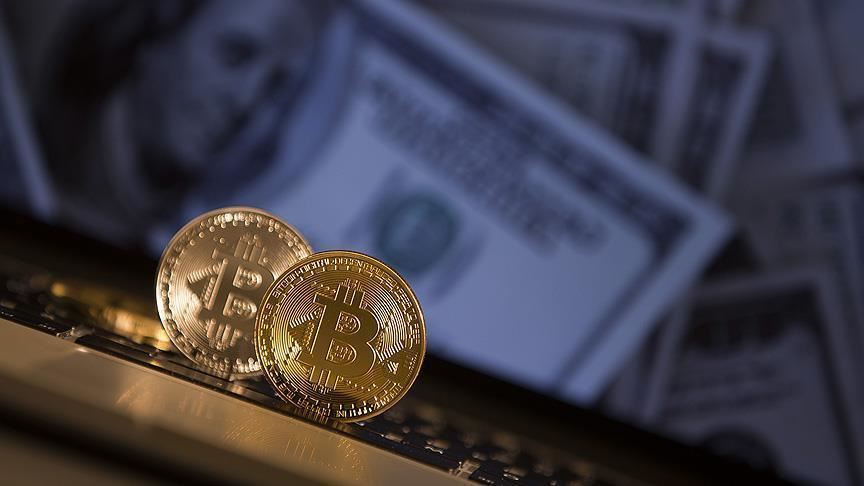 Bitcoin's price movement over the past 7 days has hardly seen any positive movements. Most of the time it is in a downtrend. 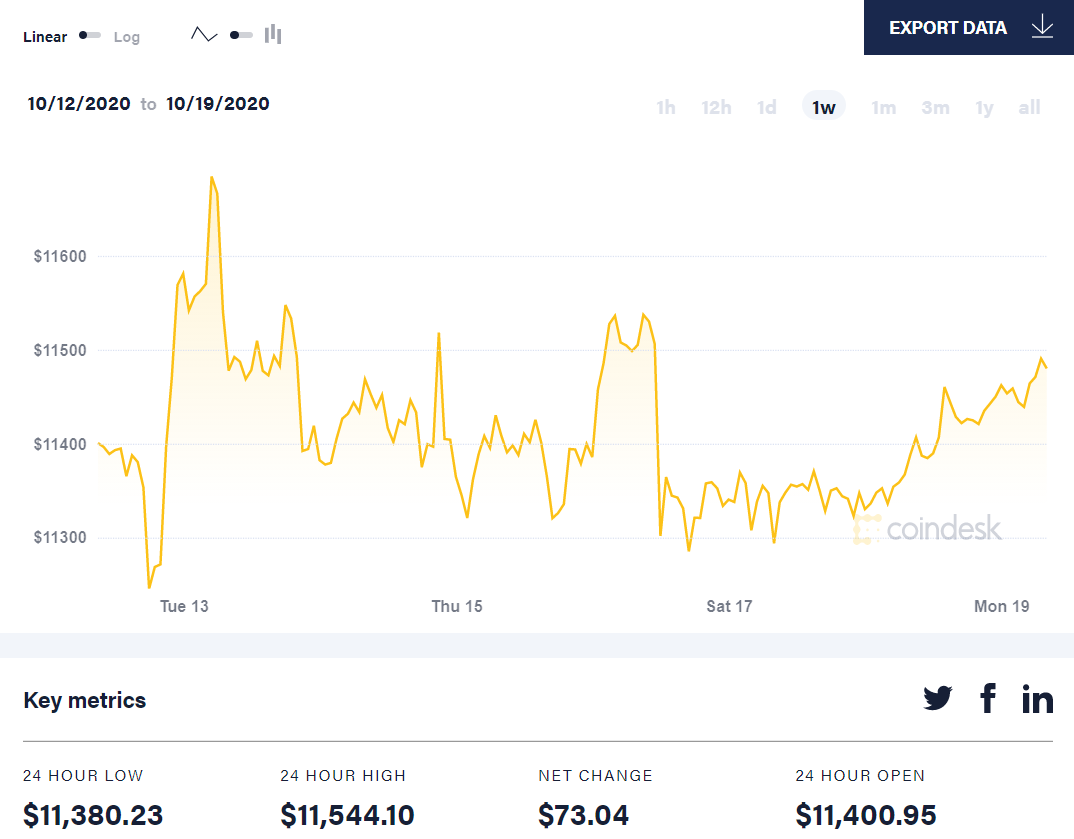 Compared with the movements of the past 7 days in the top 10 without many positive corrections, most of the copper still mainly fluctuated. 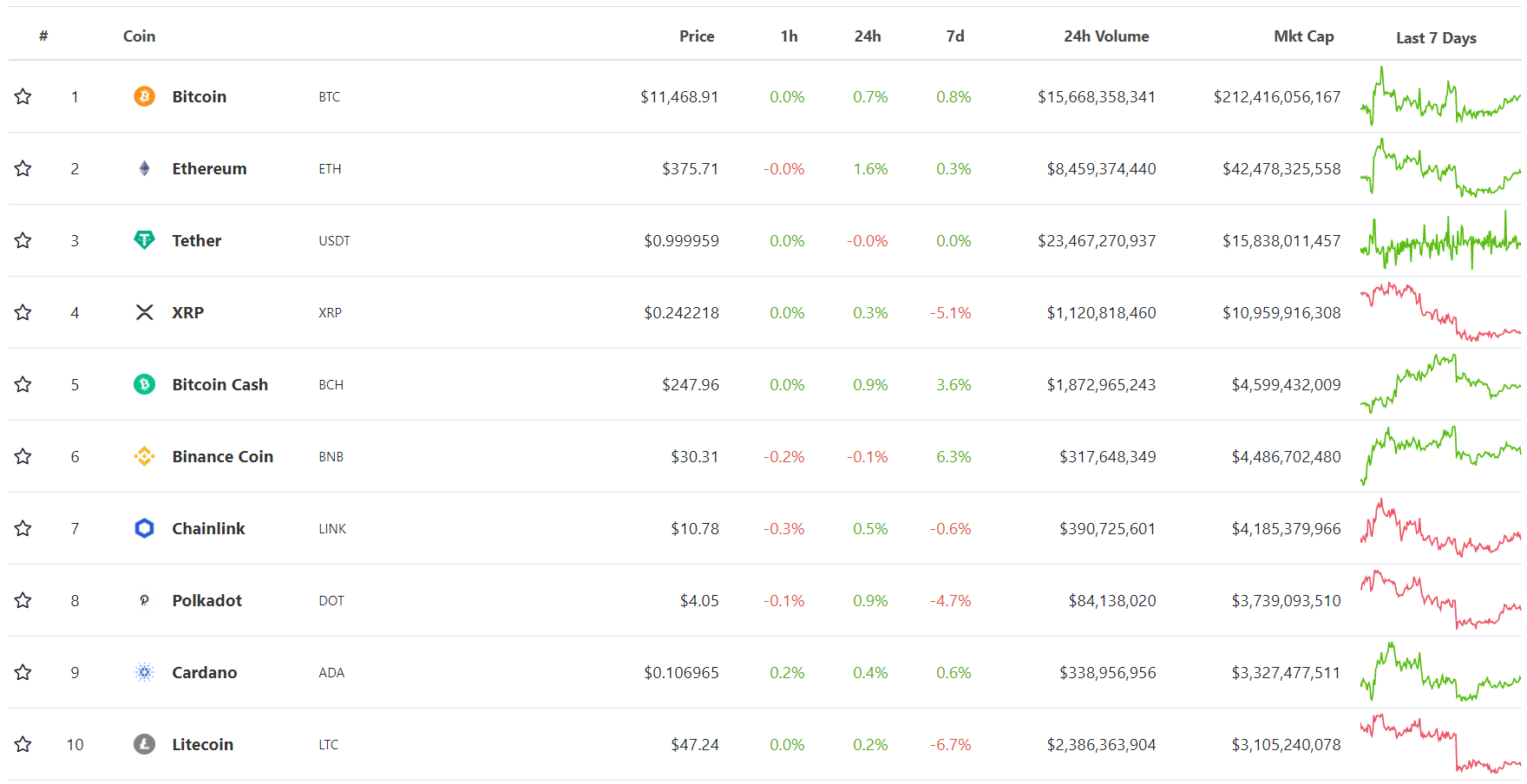 In Q3 2020, $ 897 million in venture funds were allocated to 212 crypto and blockchain companies, according to aggregated data from The Block Research. 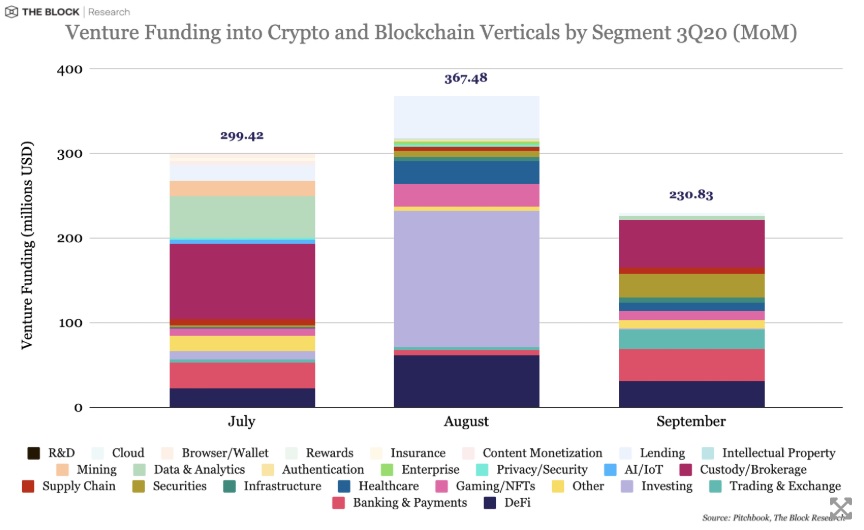 New data shows how dominant Tether has been on crypto exchanges

Bitcoin used to be the most popular trading pair at cryptocurrency exchanges. Today, the difference belongs Tether.

About 70% of trading volume at exchanges is currently denominated in Tether, while 15% is in bitcoin and the other 4% is by other stablecoins. 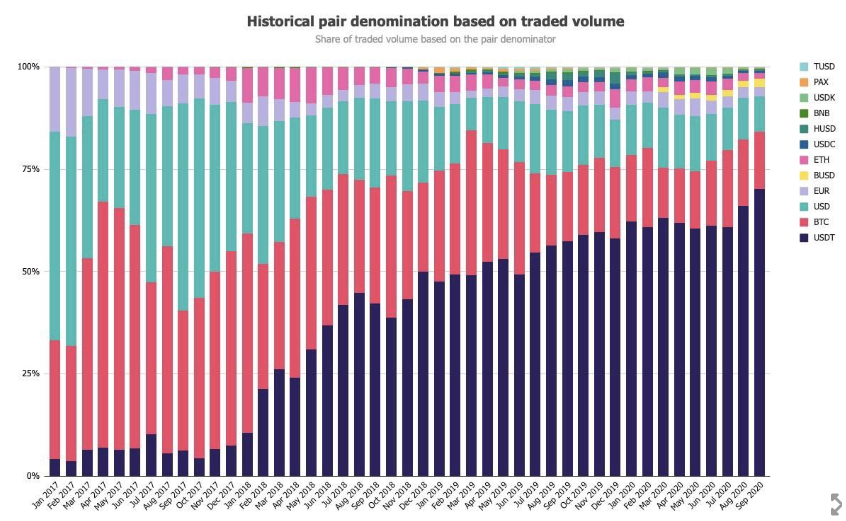 The explanation for this is because the dominance of derivative exchange BitMEX is decreasing. According to Larry Cermak, BitMEX only accepting BTC as collateral, and the exchange's growth in 2017 contributed greatly to bitcoin's dominance as the underlying trading pair.

But recently after sticking scandals series, BitMEX struggled, and since then competitors included OKEx, Huobi , and Binance is slowly taking market share from BitMEX and all these exchanges support Tether as collateral. 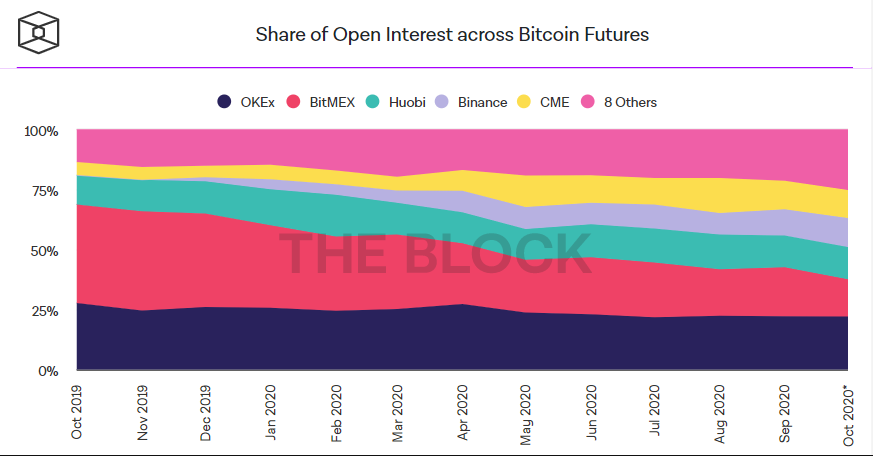 Instructions for processing pending transactions on the platform ...