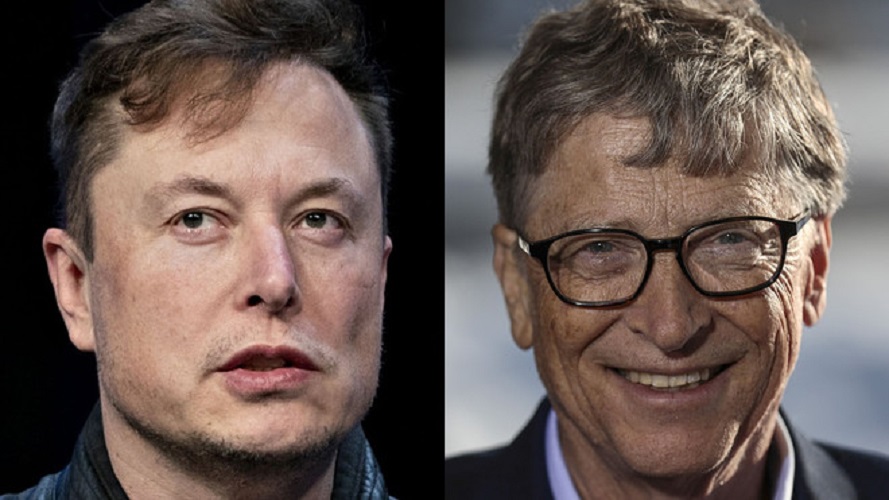 Microsoft co-founder Bill Gates recently shared a few words about investing in Bitcoin and mentioned Elon Musk's name in an interview on Bloomberg.

Crypto investors have long known that Bill Gates is an indifferent person to Bitcoin or the crypto market. Previously on CNBC, he once bluntly said, "I do not buy any Bitcoin and have no need to invest in it."

Although he did not invest in Bitcoin, he did not criticize Bitcoin as harshly as Warren Buffett (who likened Bicoin to a rat poison) and said he remained neutral on cryptocurrencies.

In a recent Bloomberg interview, Bill Gates talked about Bitcoin and this statement dislikes the Bitcoin investment community.

Specifically, he said Bitcoin trading is potentially risky and difficult to control and advises people to rethink investing in this currency, especially for those who are not financially rich.

He worries that many people will be trapped FOMO if you invest in Bitcoin.

In addition, Bill Gates said that Bitcoin mining pollutes the environment because of the large amount of electrical energy consumed. According to him, cryptocurrencies like Bitcoin need to have clear regulations and everyone should comply.

Most especially, Bill Gates mentioned Elon Muskwho have been driving the crypto market crazy over the past few days.

"Elon Musk has a lot of money ... don't invest in Bitcoin ... if you have less money than he has," said the Microsoft cofounder.

Obviously, through the above shares, Bill Gates still holds a "not so good" opinion on cryptocurrency, Bitcoin.

On the Forbes rankings, Amazon boss Jeff Bezos is the richest person at $ 189 billion, while Elon Musk is second with $ 182 billion and Bill Gates comes in fourth with $ 124 billion.

Elon Musk's fortune was blown away by more than $ 15 billion after his statement "BTC and ETH prices look high".

476 million USDT was transferred to the exchange in just one ...