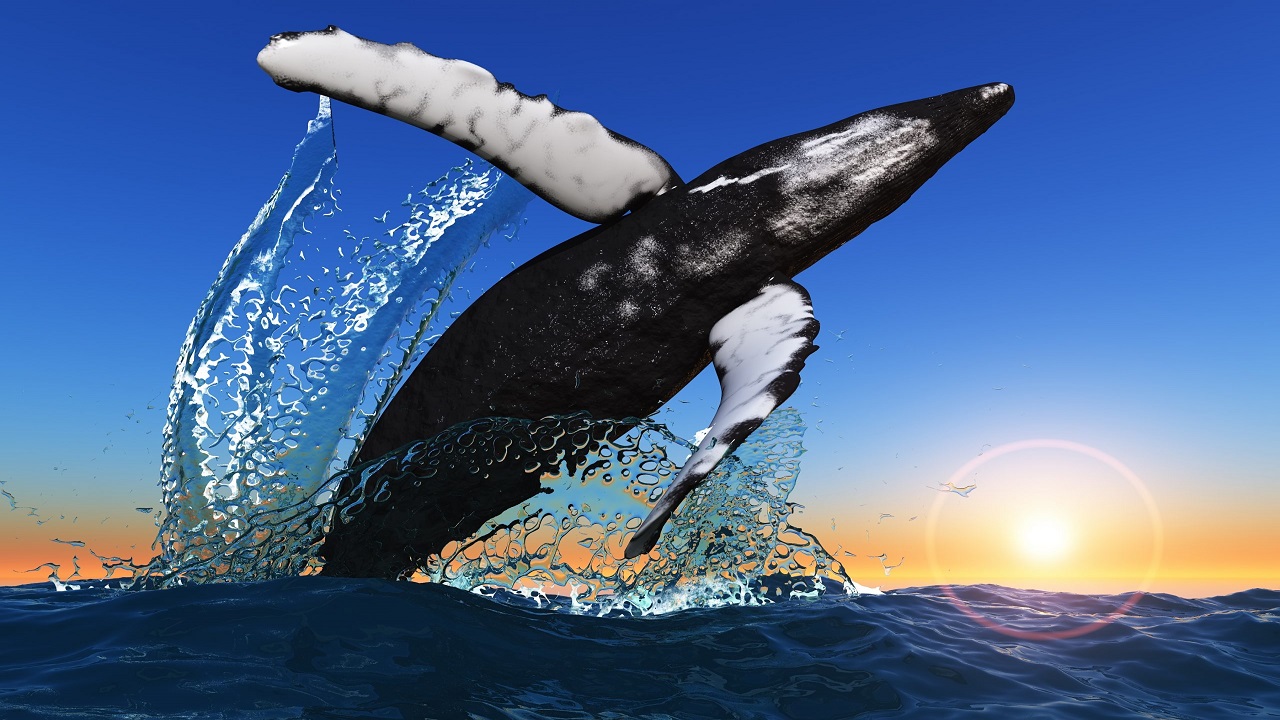 Santiment says whales holding between 10.000 and 10 million MATIC have increased their total holdings by nearly 10% in six weeks.

“MATIC sharks have been in a fairly large accumulation trend for about six weeks. Holders of 10.000 to 10 million MATIC accumulated an additional 8,7% during this period.” 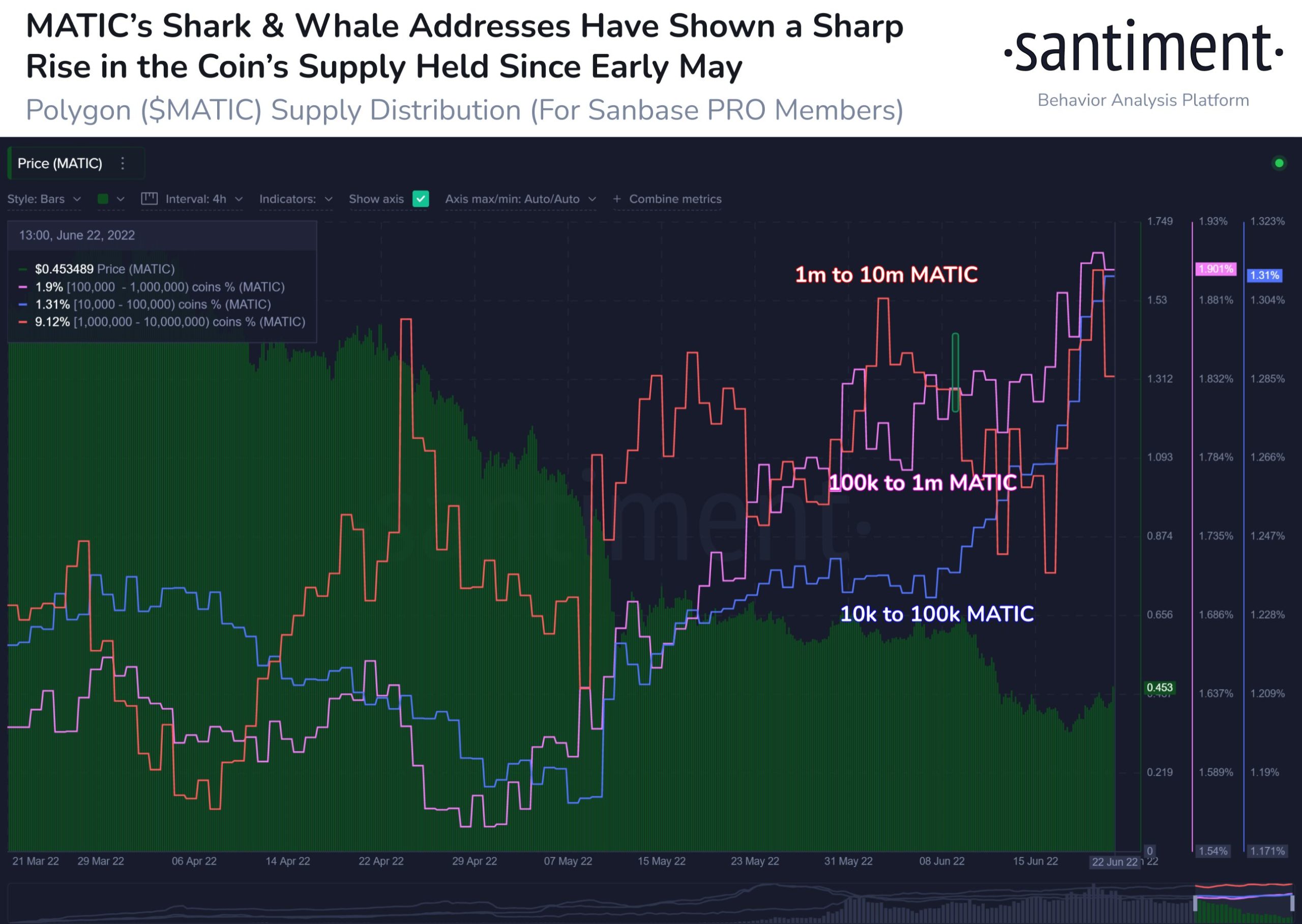 “As we enter the final week of June, traders are doing their best to navigate the bear market. CEL and SOL are both viewed by users as a Ponzi scheme in social media discussions, showing that negative sentiment exists.” 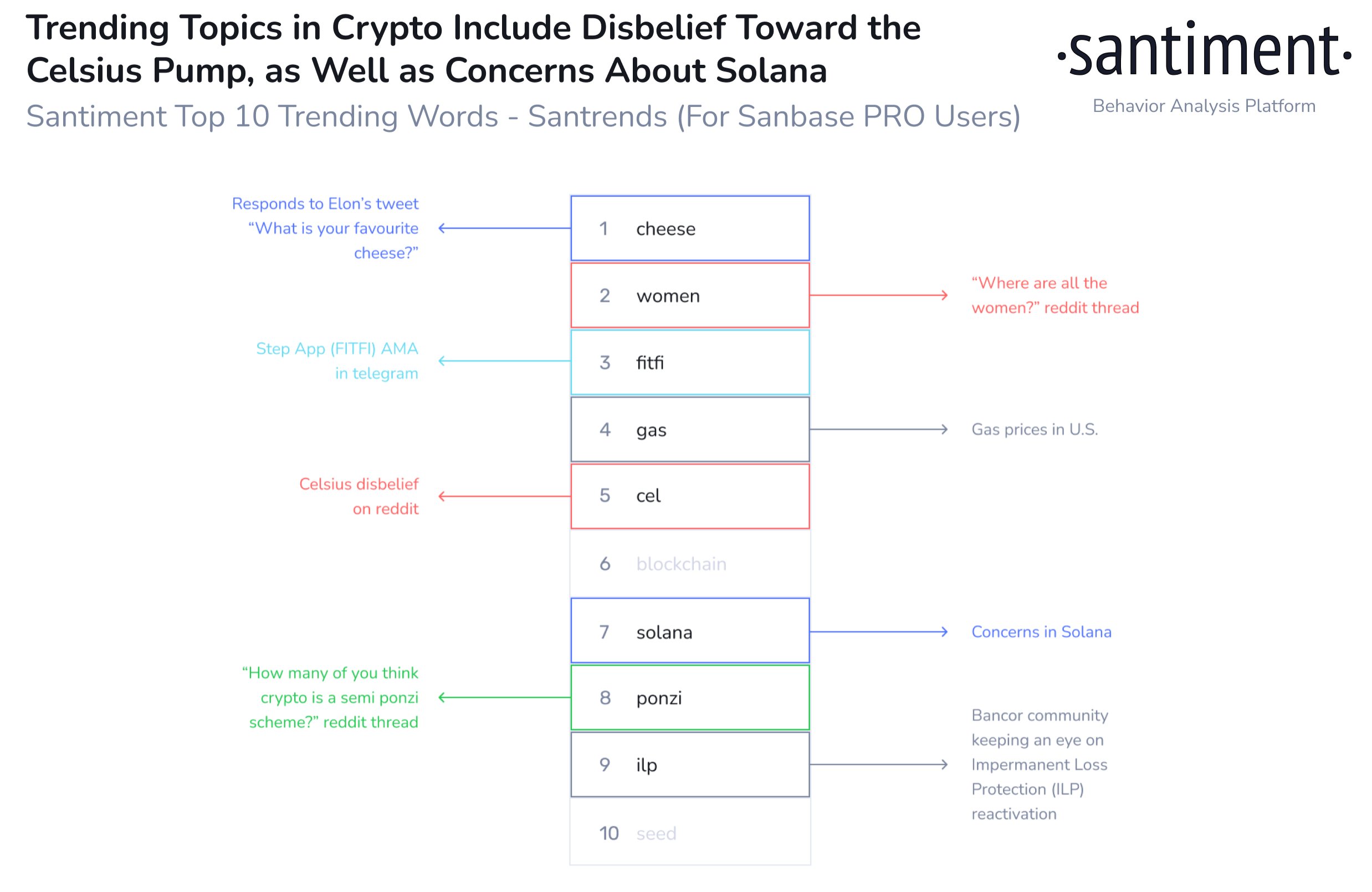 Solana became the most trending topic on social networking forums. This year alone Solana has recorded 12 outages with three of them lasting more than two hours.

This week, a Solana-based lending platform, Solend (SNLD), released a governance proposal that seeks to seize the crypto assets of a whale that is nearing liquidation.

More than 5.000 wallets drained on Solana

50 projects built on Terra have already started migrating to Polygon