A crazy week of cryptocurrencies: Bitcoin, ETH, BNB and a slew of DeFi projects all made a big break 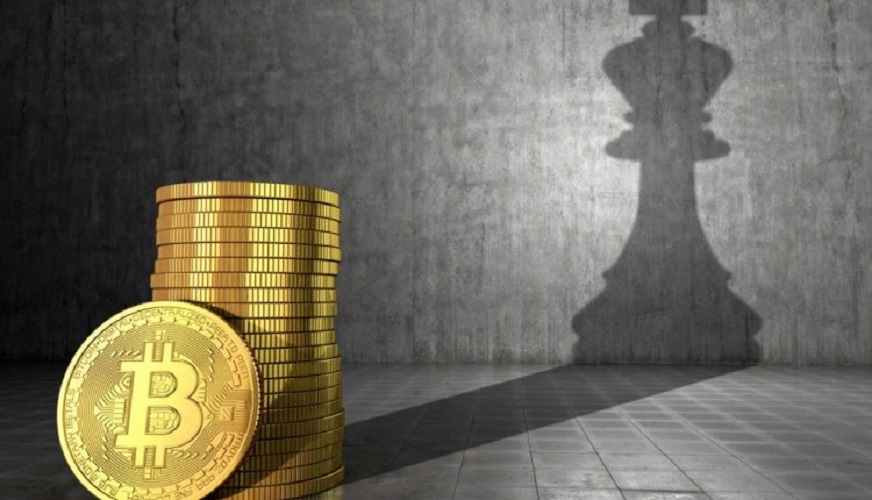 Bitcoin has hit a high of $ 56,612, once again solidifying its position as one of the most valuable assets on the planet.

Bitcoin's market cap surpassed the $ 1 trillion mark for the first time on Feb. 19 trading when BTC price moving up to 56,000 USD.

This breakout has been well maintained by the bulls over the past few hours, the next milestone of $ 60,000 is probably not far off.

Now, Bitcoin has solidified its position as one of the trillion-dollar assets that could stand in the same league as major companies like Amazon, Apple and Google. With the popularity of Bitcoin banks are showing a growing interest in providing crypto custody services to their customers. 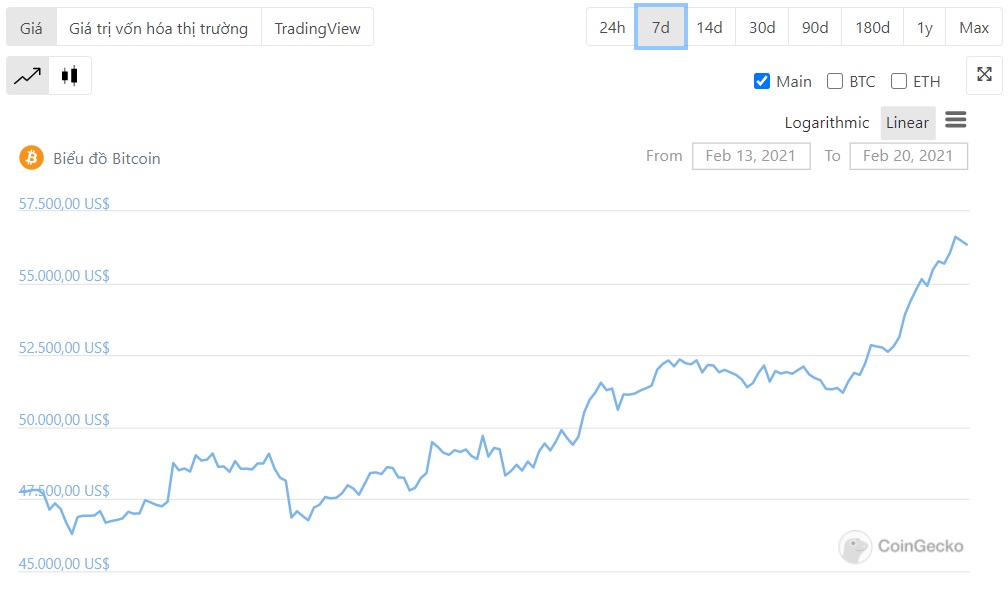 Treyce Dahlem, an analyst at TheTIE, said: "The keyword 'Bitcoin' has increased by more than 38% since Feb. 18th. More than 2 related Bitcoin tweets have been sent out in the last 102,000 hours ..."

Dahlem added: "The daily number of Twitter users talking about Bitcoin has hit an all-time high of 38,500 - a 325% increase from a year ago."

Not only BTC, many of the top altcoins also achieved impressive growth. Typically as Ethereum is trading above $ 1,985 at the time of writing - the coin is making strong breakthroughs and is about to break the $ 2,000 mark.

BNB - Binance's coin - is continuing to benefit from the growing influence of Binance Smart Chain (BSC). The very strong increase in BNB trading volume has helped the coin's price to rise to new highs at $ 339, taking a solid place in the top 3 on CoinmarketCap, behind only ETH and BTC. 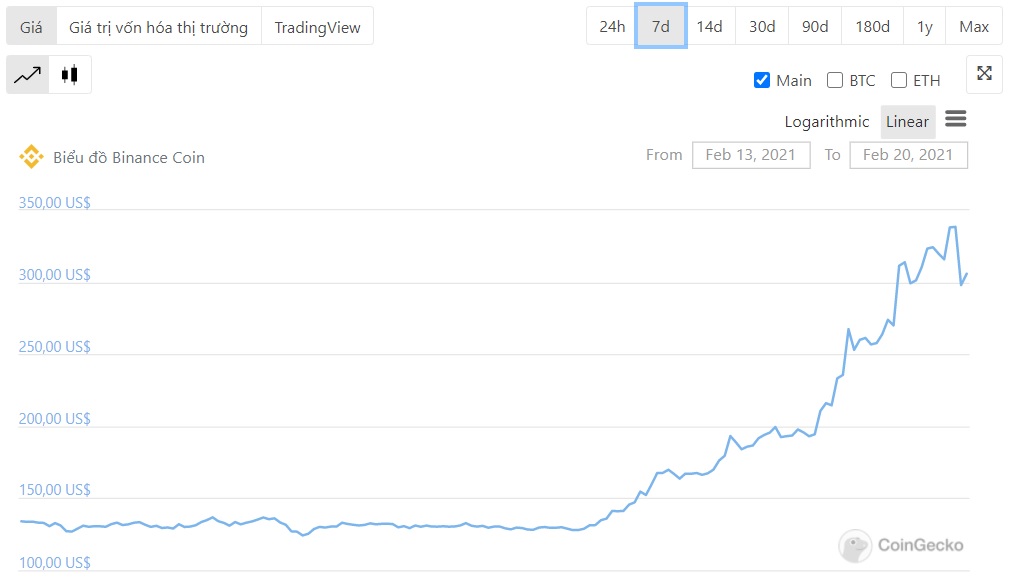 Projects related to DeFi such as PancakeSwap (CAKE) , and Venus (VXS) are two of the top attractions on BSC and both hit new highs of $ 20,62 and $ 101,50 respectively.

REN also generated a bullish wave after its recent integration with BSC helped lift the token to a record high of $ 1,69.

The recent price breakout from top tokens like Bitcoin and Binance Coin and DeFi superstars like REN and CAKE has also helped lift the total market cap of cryptocurrencies to a new record of $ 1,705 trillion. Bitcoin dominance (BTC Dominance) is currently at 61%.

Recent historical data shows that the bulls of Bitcoin in 2021 tend to occur in the early days of the week. Many analysts believe that Bitcoin can strike $ 60,000 with ease, and the growth momentum of top cryptocurrencies like ETH and BNB will likely extend until next week.

Field DeFi The strong development will be the driving force behind the growing demand for Ethereum.