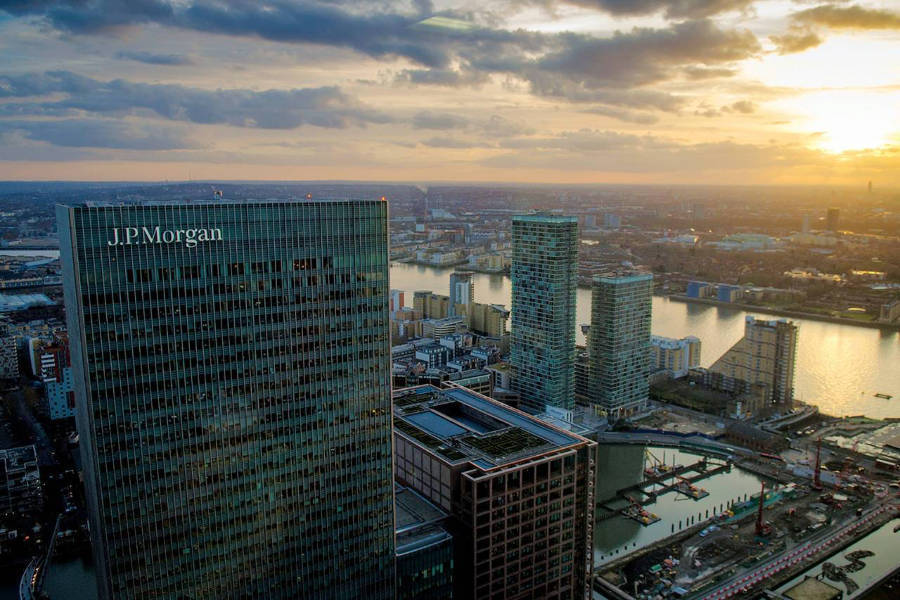 JPMorgan - The king of the financial world has just stated that "in the long term, the ability to increase the price of bitcoin is significant". This statement comes as soon as PayPal allows customers to buy and sell cryptocurrencies.

JPMorgan's Global Market Strategy Division said about the competition between bitcoin and gold:

“The long-term upside potential for bitcoin is significant if the digital currency competes more directly with gold as an efficient alternative. We believe that the younger generation will be a huge driver of bitcoin's future growth, as recent research shows that young people have been tending to find alternative assets. results like bitcoin. Certainly bitcoin will become an indispensable investment channel for the financial world ”

In addition, JPMorgan market analysts also emphasized on factors that will help the long-term uptrend of bitcoin be maintained, as well as reinforce:

“There are many factors that will help bitcoin maintain its momentum in the near term. Firstly, cryptocurrencies are increasingly highly useful, the applicability of cryptocurrencies is expanding into many other areas, secondly, bitcoin as well as altcoins are attracting millennials (those aged 18 34) coming to the market, according to a recent study showing that the age of investors entering the crypto market is getting lower and lower, which is seen as good news in the long term ”

Another factor is that cryptocurrencies are being watched by many large organizations, such as the recent participation of PayPal, when this company allows customers to buy, sell and store cryptocurrencies right on their platform.

There is a big difference in the price of gold and bitcoin. Although the asset has been previously recognized as a safe haven asset for a long time, BTC has many distinct advantages. JPMorgan analysts said.

One of the advantages of bitcoin over gold is utility. Behind bitcoin is blockchain - one of the most advanced technologies today, has been applied in many different fields.

That means users can send BTC to each other on a public ledger, effectively and practically. To transfer gold, it is necessary to transfer matter, which becomes difficult and inconvenient.

As seen in many cold wallet transfers, moving $ 1 billion on the bitcoin blockchain is of course a lot easier than transferring physical gold.

“Cryptocurrencies bring value not only because they act as a store of wealth, but also because their utility can be a means of payment,” JPMorgan explained. Now, more and more major companies around the world have a different view of bitcoin, some of which are adopting it as a means of payment in the future, which shows the utility and value of cryptocurrencies. higher and higher ”

At the time of writing Bitcoin price Still maintaining around 13.000 USD, some analysts stated that it is likely to breakout 15.000 USD in the next few weeks.

When will bitcoin catch up with gold?

Bitcoin has only been around for more than 12 years, it is still in its infancy in terms of infrastructure, development, and mainstream adoption.

As a study from Statista says "only 7% of Americans have previously bought bitcoin".

Some large markets, such as Canada, still lack a well-regulated exchange market. Many major banks have yet to offer custody of crypto assets, and that gives bitcoin a lot of room to grow in the next 5 to 10 years.

Why did Bitcoin drop below 33K USD? Whale...